The Cavs star has been a vocal advocate for mental health awareness. 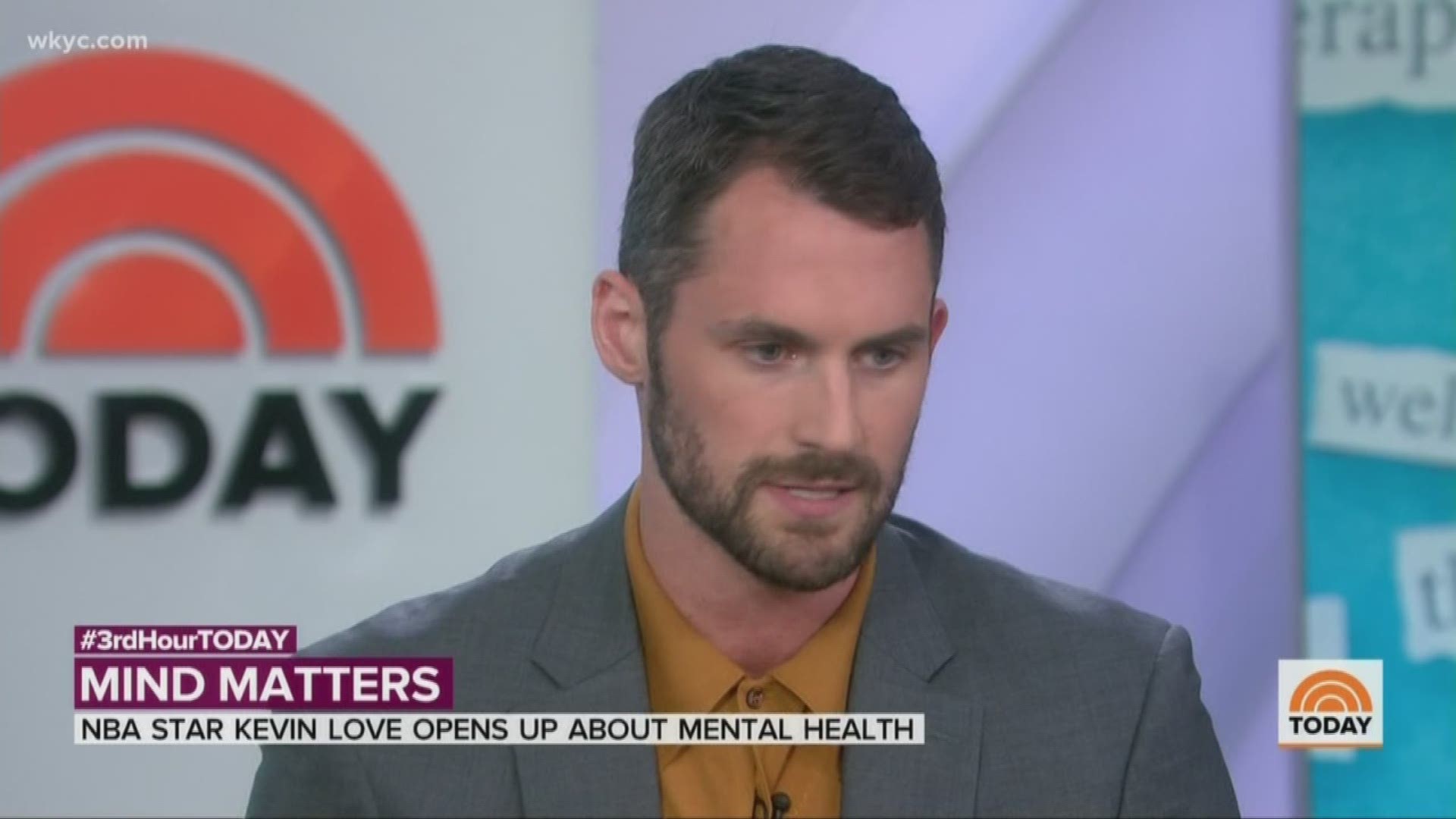 The All-Star and NBA champion appeared on "Today" as the show launched its "Mind Matters" series in conjunction with Mental Health Awareness Month.

Love, 30, has been vocal about his own mental health struggles since he penned an op-ed for The Players Tribune in March 2018. In that article, Love opened up about a panic attack he suffered during a game in November 2017, which led him to seek help from a therapist.

"Therapy has been great. It's really changed my life, going to see a trained professional," Love said. "But therapy, I think in some ways, can be an ambiguous term. It's really about what you need in that moment, and how you can reach different forms to work with yourself."

Since his op-ed, Love has become one of several athletes pushing for mental health awareness, particularly in men. Love said he was inspired by then-Toronto Raptors guard DeMar DeRozan, who also revealed his own battles with depression.

Last September, Love appeared on "Today" to announce the launch of The Kevin Love Fund to promote mental well-being.

"Speak your truth," he said. "Nothing haunts us like the things we don't say. It's tough to be vulnerable, whether you're male or female. So much of it is looked at as you're not strong, you're thought less of, and it's scary to be vulnerable."

Love said he was astounded by the support he's received since sharing his story, adding that those seeking help can always find it, be it from a professional or a loved one.

"What I've realized is there's such a community out there," he explained. "There's so many people that, either in first person or within arms reach, that deal with mental wellness, mental health, mental illness on an everyday basis."

If you, or someone you know, is struggling with mental health, consider reaching out to NAMI, the National Alliance on Mental Illness.