ABBOTTSTOWN, Adams County — Nearing the end of the 2019 dirt track racing season. This season is quite special for ‘The Fabulous Lincoln Speedway,&#... 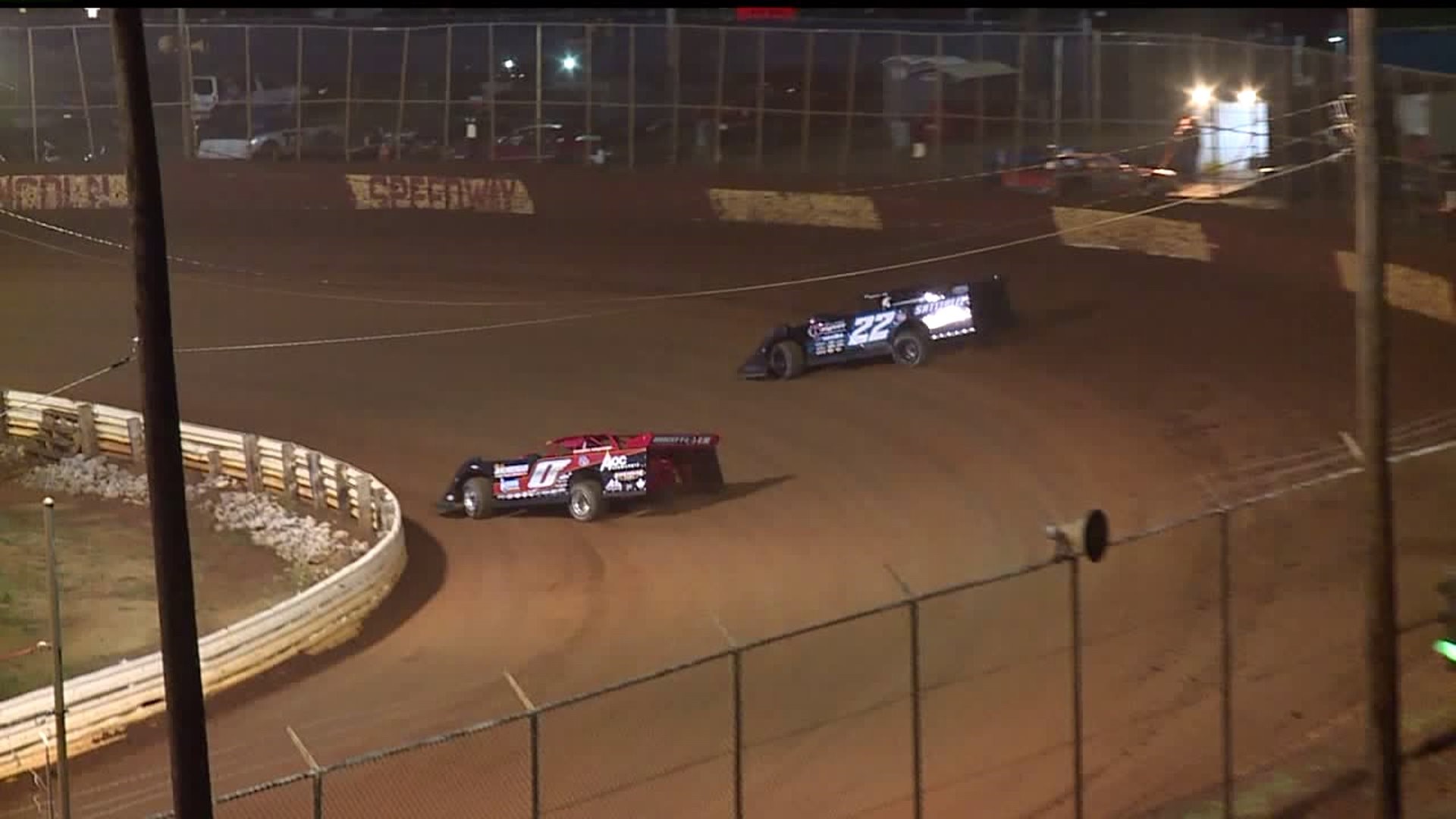 ABBOTTSTOWN, Adams County -- Nearing the end of the 2019 dirt track racing season. This season is quite special for 'The Fabulous Lincoln Speedway,' celebrating 60-years of racing.

It was also the first time, since 2013, the Super Late Models hit the dirt at Lincoln.

The 3/8th mile track has been home to the Pennsylvania Posse since 1959. Drivers like it for it's unique shape and say it's unlike any another track in the area.

"It's a little different from when I first started. It's kind of a tricky place but if your car is pretty decent, you know, it's fun to race on," says Gary Stuhler, driver No. 44, Super Late Model.

"I enjoy racing Lincoln. It's a shorter track. The big tracks you get more wide spread and kind of even itself out, but here, you're kind of in mix with every one else," said Doug Hammmaker, driver No. 4R and No. 66, 385 Sprints.

Stuhler isn't a stranger to the track, as this is his 44-season racing.

In the Super Late Model 40-lap feature, he was the last to win in 2013, at Lincoln and does it again Saturday night. Eckert takes the lead on the ninth lap and never looked back. He wins a nice $6,000 payout.

The final points race for the 358 Sprints at Lincoln was also held Saturday night.

Doug Hammaker clinched the track championship last week. Mid-way through the race, Matt Findley takes the lead and the checkered. Hammaker finishes second. He has a chance to win the Summer Series at Williams Grove next weekend.

The Super Late Models are expected to make a return to 'Speedweek' in 2020.