NEW OXFORD, Adams County — Saturday evening was the 10th Annual SharkFest for Shark Racing. Over 400 fans came out to show their support for the the. Worl... 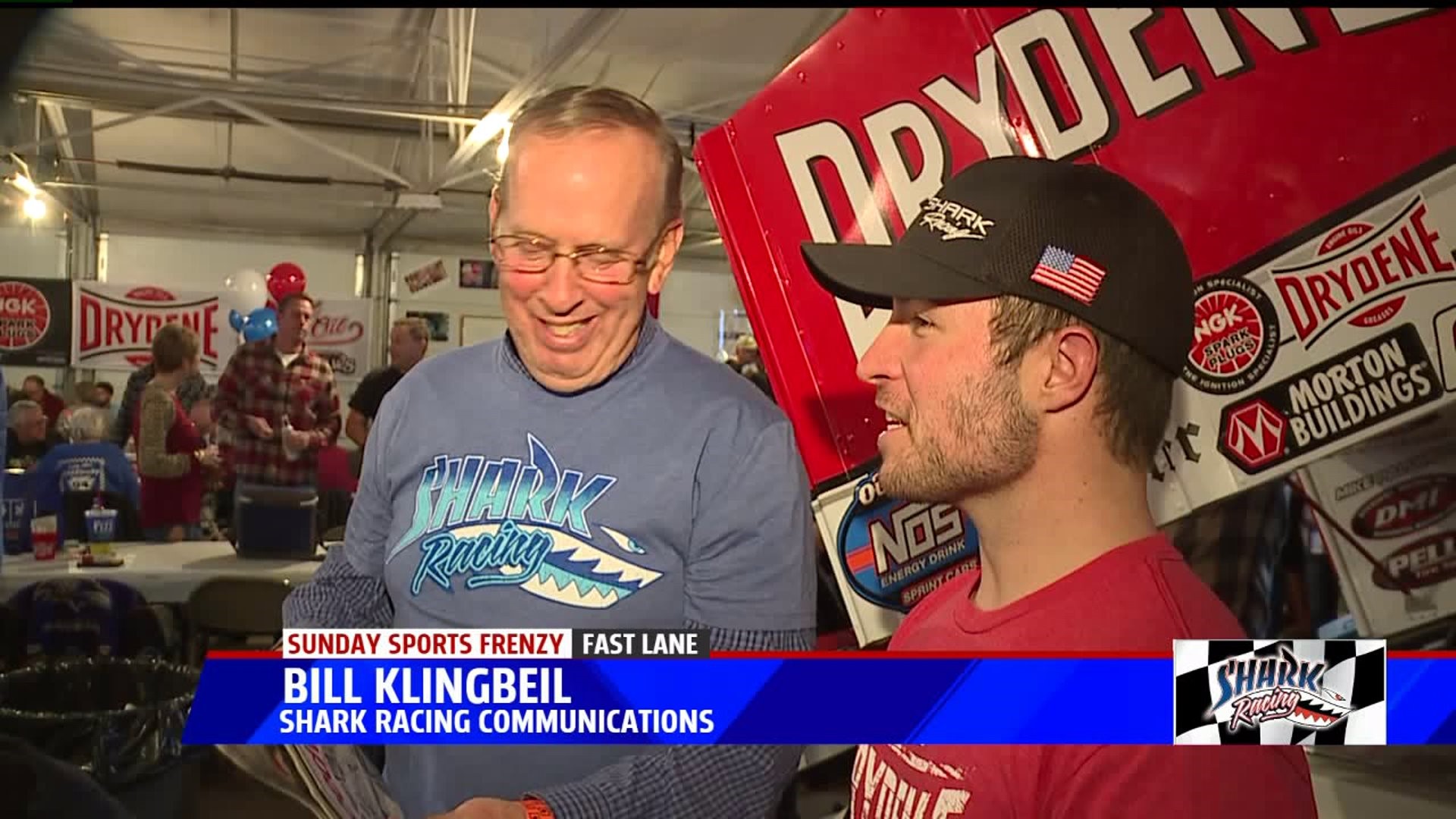 NEW OXFORD, Adams County -- Saturday evening was the 10th Annual SharkFest for Shark Racing. Over 400 fans came out to show their support for the the. World Of Outlaw drivers, Logan Schuchart, Jacob Allen and Hall of Famer and owner of Shark Racing, Bobby Allen met and spent time with fans. This year will be 30 years since Bobby won the Knoxville Nationals, as an underdog.

Guests enjoyed a live band, raffles, live and silent auction and door prizes. All to celebrate the team and send them off to start a new season.

"The fans love to come and interact with Logan and Jacob and my dad (Bobby) and just be with them outside of the track," said Dana Allen, Logan's mom.

"This is one big family. Everyone inside is part of the family. When they show up at race tracks, whether it's around Central Pennsylvania at Williams Grove, Lincoln or Port Royal, if they (fans) come to Knoxville, Iowa or California. Shark Racing is proud to have them (fans) there. Drydene is proud to have them (fans) there and that relationship is only going to grow stronger as years go by," said Bill Klingbeil, Shark Racing Communications.

2020 will be the seventh season on the road with the Outlaws. Their first stop, the Sunshine State to Volusia for The Dirtcar Nationals.

Biggest race of the year in Australia.

Aussie James McFadden leads in points and takes the checkered by a second and a half over Jamie Veal. Highest placing Pennsylvanian, recently inducted into the National Sprint Car Hall of Fame, Tim Shaffer finishes sixth.