Danny Dietrich is setting the bar high for the 2021 season. 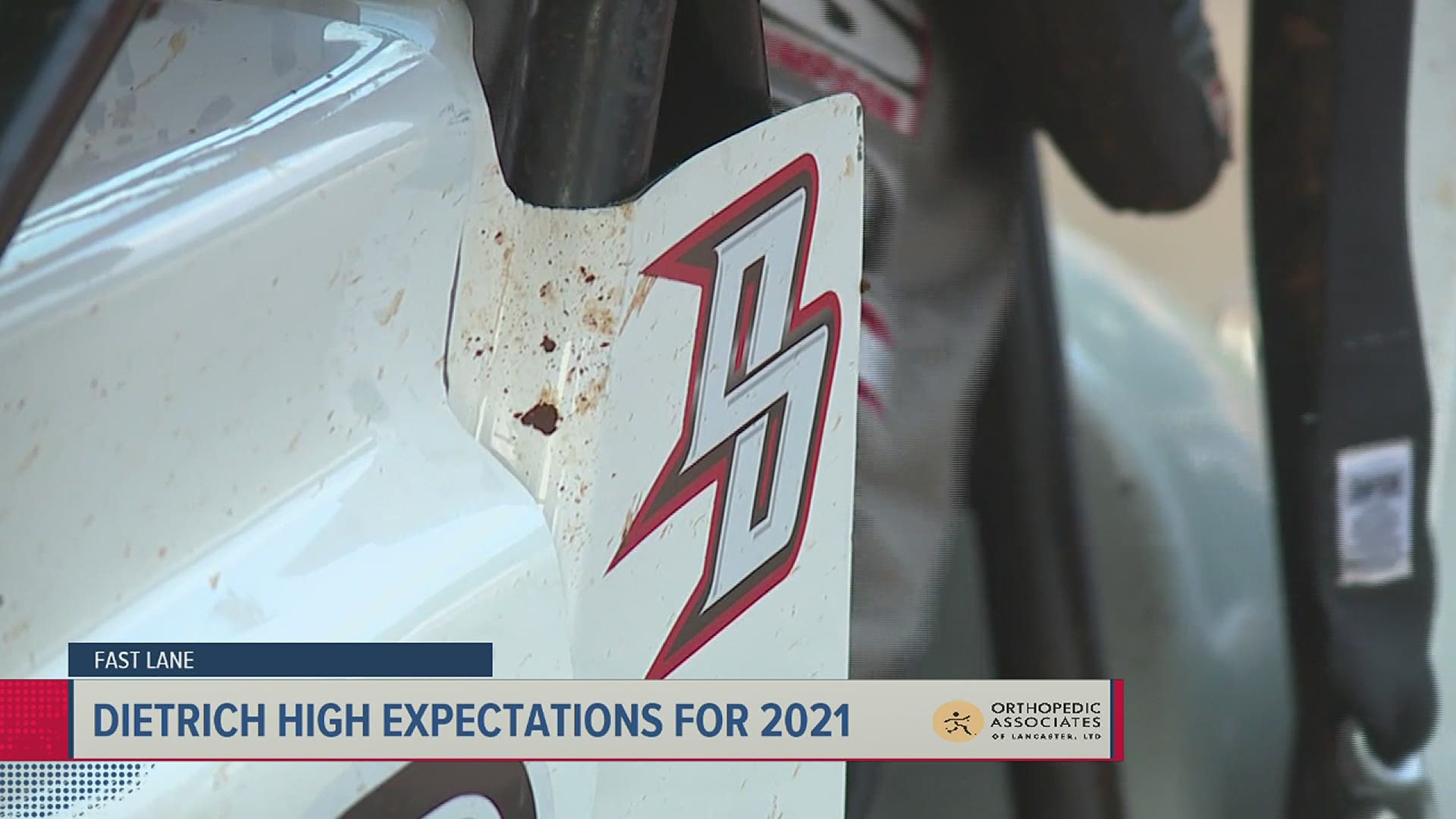 BIGLERVILLE, Pa. — The 2020 season started off on the right foot for Danny Dietrich, winning the Ice Breaker at Lincoln Speedway. He ended up finishing last season with 13 wins but not without some struggles.

“We spent a lot of year struggling and I feel like it’s finally all coming together this year," said Dietrich.

Not even a two month break between seasons and the No. 48 was back racing. First in Georgia then in Florida. The first few races they struggled until they changed the motor. The team found their rhythm at the final race at Volusia Speedway.

Last year, after having success early in PA Speedweek, Dietrich had motor problems that brought him to the worst streak of his career with 16 non-podium finishes but Dietrich says the teams success at Lincoln helped keep the season together.

“It was tough, going to Lincoln is like playing in our little sand box. We’ve been there so much. We have such a great package when we go to Lincoln that we already feel like we’re unloading better than most people.”

As simple as it sounds, the team is focused on a 115 race schedule this season, racing mostly in PA and surrounding states. Traveling so much last year hurt them in the long run. It exhausted the team, had motor problems and just ran into unfortunate luck.

“We feel like the last couple of years, we didn’t have a schedule and we would wait until the Monday or Tuesday prior to the weekend to decide where we were going. Last year, with bouncing around, we never knew what motor we were going to run at certain times or when it needed to go back for freshening or what car we were going to do. So, it takes a little stress off us," said Dietrich.

This doesn’t mean the team won’t travel, just the majority of their schedule is in PA and as of right now they plan is running Williams Grove on a weekly basis and hope for a 15 to 20 win season, if not more.

Ice Breaker: Race fans will have to wait, hopefully, just one week to go racing in Central Pa. The Ice Breaker at Lincoln has been pushed back a week because of weather. The new date is February 27th.

As for the World of Outlaws, with COVID-19 and winter weather, they haven’t raced in two weeks and don’t have another race on the schedule, so far, until March 12th.

It was just their second race out as a team, first race and win for TY Gibbs and they win at Daytona.

Now THAT was an awesome finish to the @NASCAR_Xfinity race @DAYTONA!

What's even cooler, the Central Pa native Kyle Abrahims as the race engineer for the #54 @JoeGibbsRacing! Congrats all!