Monday Night Frenzy: Annville-Cleona and James Buchanan start the week on the field 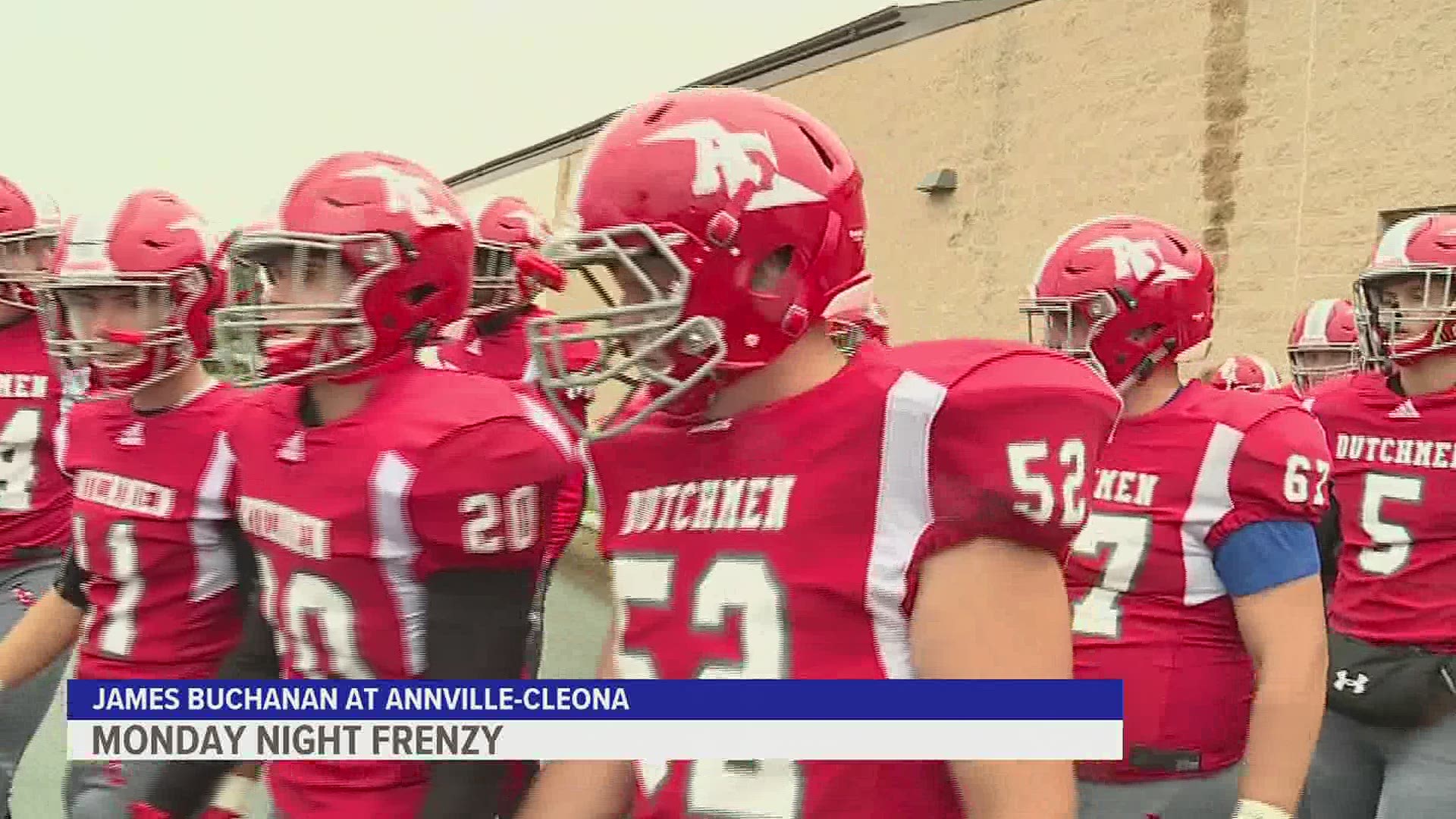 ANNVILLE, Pa. — Under a cloudy and increasingly heavy misting sky, there seemed to be just a little more pep in the step early on for both Annville-Cleona and James Buchanan this Monday night.

This game possible because Annville-Cleona lost their last Friday opponent, Pequea Valley due to COVID-19 cases. The shot prep time not a problem.

“This time of the year with modified schedules, (we are) trying to get every opportunity we can for kids so to put something together for James Buchanan and our kids," said Annville-Cleona Athletic Director Tommy Long.

"It turned out really nice other than the rain."

Those opportunity extend beyond the players with helmets. It is a chance for the band and cheerleaders to put on their show.

Early on this was all the Dutchmen. Alex Long scored from 27 yards on their first offensive play, and then in the second quarter Long added another with a short burst.

With cameras rolling in the stands and a radio crew in the both Rogan Harter got in on the action with his first score the night on a 50 plus yarder that featured a few cuts and then he added another for good measure from close range.

The Rockets did not quit. Caden Stoner led a drive capped off with TD to cut into the deficit before half.  It continued with in the second half as Grant Ellis made a terrific catch which set up a Stoner scramble to the one. The QB later capped the drive with a short sneak for a score.

The Dutchmen rushing attack was too much in this one as Alex Long's third TD of the game iced this one away for a 47-22 final.

After the game Coach Gingrich was pleased with the effort for a team that has been a way from the field for a few days but wants to see an little more intensity on the sideline.

"The fact you an opportunity to come play a game that you love, you should be out here. We should have to calm you down instead of pick you up. So that is something we have to work on."

Because as coach says, you never know when the last snap of the season may come.

*Annville-Cleona and Pequea Valley is currently scheduled for Nov. 6th