Parsons touches down in Dallas for Cowboys introduction 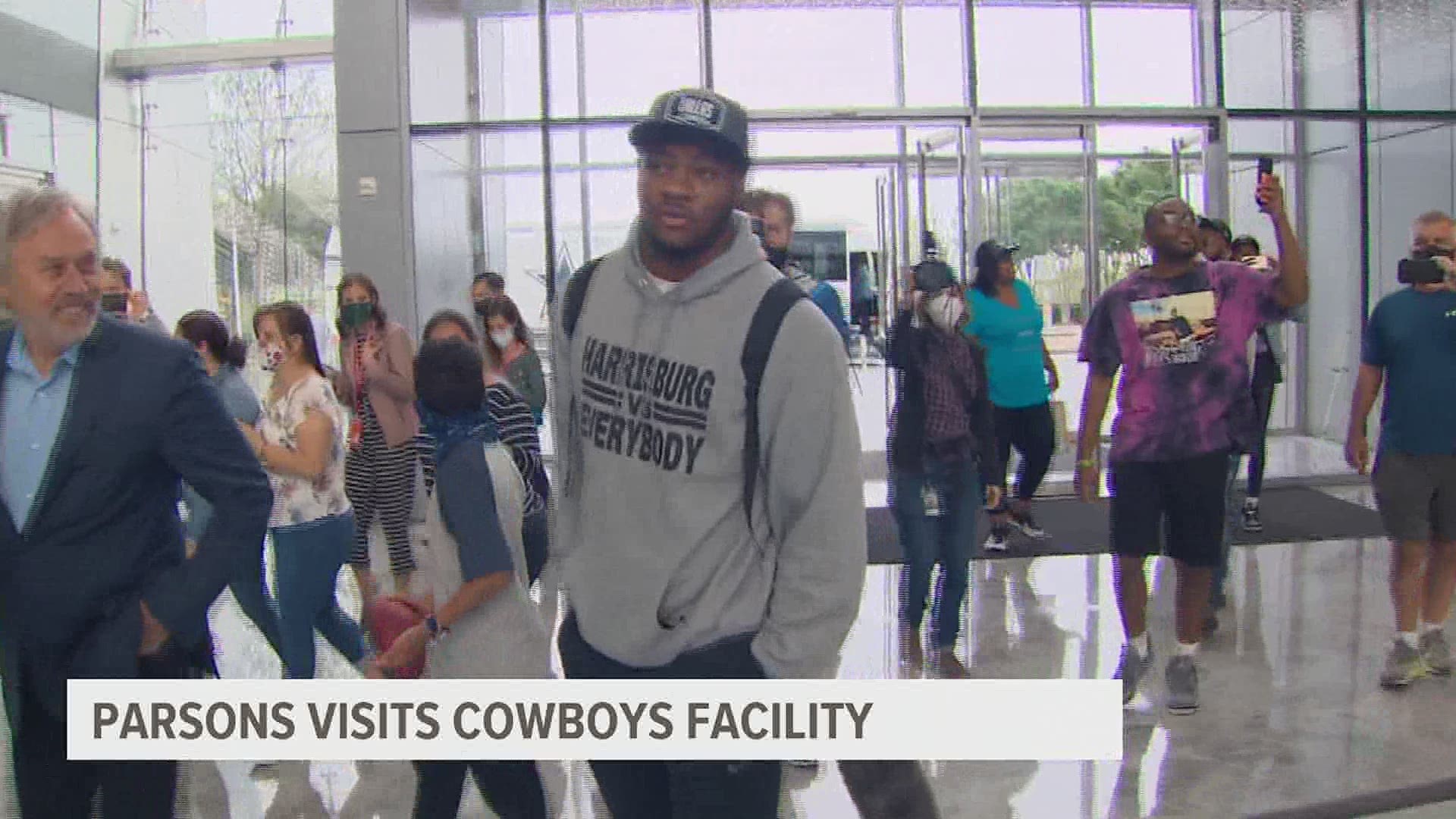 FRISCO, Texas — The stress of finding out where he was going was gone for Harrisburg’s Micah Parsons on Thursday Night.  One day after the Dallas Cowboys selected him with the 12th overall pick in the first round of the NFL Draft, Parsons and his family touched down in Dallas for his introduction to the team and media.

He arrived at the team's massive practice facility in Frisco, Texas wearing a "Harrisburg vs. Everybody" sweatshirt.  He was greeted by a team official outside and then a slew of cameras and some fans as he entered the facility.

He granted a few picture requests and answered a few questions as he walked deeper into the facility.  He says he's ready to challenge himself against the best in the league.

"This is a blessing to me," Parsons explained.  "This is all I ever wanted.  Now that I'm here, I can finally live out my dream and go to work with some of the best players in the NFL."

"It's like heaven for me, like I said, just to sit here and witness my son live out his dream is just amazing," said Micah's father Terrence Parsons. "For it to be with my favorite team, it doesn't get any better."

The youngest one in the group stole the show in front of the cameras.  Micah's son Malcolm apparently had fun with the plane ride.  His birthday is May 1st so on Saturday, he will turn three years old.  There are plenty of reasons for the Parsons family to celebrate this weekend.