Micah Parsons: Countdown to the draft 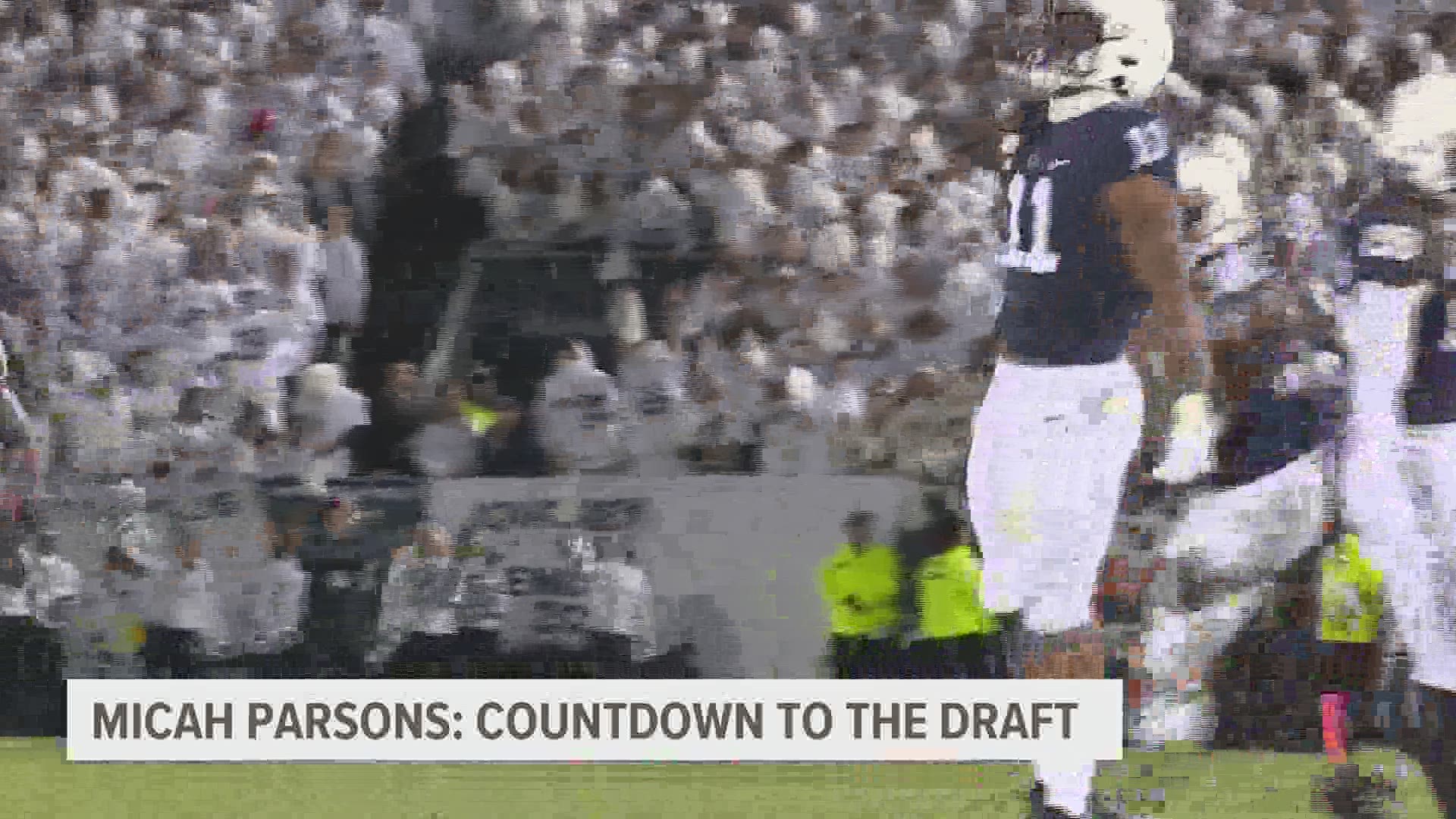 HARRISBURG, Pa. — Before Micah Parsons arrived on the college scene at Penn State he enjoyed his recruitment, even at one point joking about a commitment during Mid-Penn Conference Media Day.

“Yea, nah I am not ready for it yet,” he said with a smile

But once he was officially a Lion he was all in. His first break out play was blocking a punt against Pitt and sparking a Panther beatdown to tell the entire state that the Lions were the King of the Keystone state.

Throughout 2018 he made made plays all over the field and at the end year he showed his humbleness at the Citrus Bowl spending time with fans as he left the field after the loss.

"I ain’t never seen a linebacker play sideline to sideline like that kid," said former PSU defensive end Shareef Miller after one practice that season.

2018 senior Quarterback Trace McSorley who faced Parsons everyday in practice knew as well as anyone how good the next Linebacker-U product was.

"What he does good is he plays extremely fast, he plays with a really good motor."

Parsons raised and met expectations in 2019 but it was what he wanted to do off the field that most impressive.

“At the end of the day football doesn’t last forever and everyone knows that," he told FOX43.  "So you want to leave a positive image and show it is more than just a game. If you set a positive image and be a good role model in the public setting and private setting you can truly be a great person."

There was no such sophomore slump for Micah in his second year, 2019.  A consensus All-American, Big Ten linebacker of the year and a Cotton Bowl MVP are the honors on the resume. His pro day made scouts drool at his 4.39 forty. COVID-19 may have shortened his Penn State career on the field by a year, but not his fire according to his coach.

"He loves to compete, I mean loves to compete. whenever the periods in practice or drills are competitive in nature, he brings a different element to your organization," said James Franklin when asked about Micah's greatest asset away from the field.

When the draft arrives on Thursday, Coach Franklin and position coach Brent Pry with both be with the Parsons family in Cleveland.