The 2A swimming state championships made waves at Cumberland Valley High School on Friday. 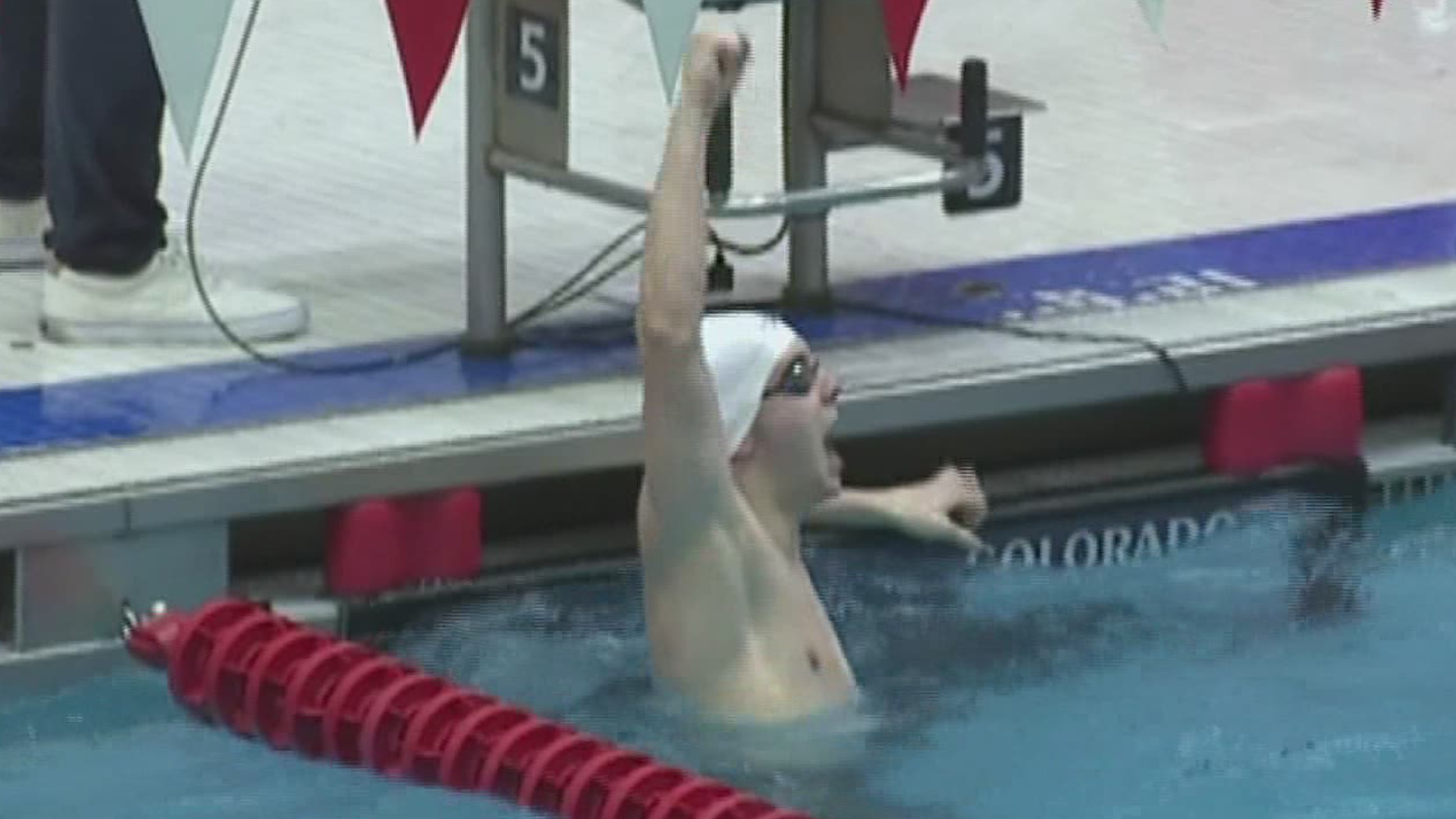 CUMBERLAND COUNTY, Pa. — There were no fans in attendance for Friday's PIAA 2A swimming State Championships at Cumberland Valley, but hundreds of cardboard cutouts lined the natatorium bleachers. The girls and boys championships were also separated into two sessions, starting with the girls.

East Pennsboro would medal in four events and Isabella Kil goes on to nab the bronze in the 100 butterfly.  With just four swimmers, the Panthers placed fifth overall at states.

Trinity's Kari Powell followed up her strong district showing as the number one seed in the 100 breaststroke.  Up against the best Pennsylvania has to offer, Powell would lead all of the turns to win state gold.

The 2A boys made their splash in the evening.

Right off the bat, Bishop McDevitt makes a statement in the 200 medley relay.  Patrick Hemingway, Will Brobson, John Haskins, and Lucas Hancock shattered the Crusaders school record by more than two seconds.

"It really is just hard work.  There aren't any secrets, just show up, and put in the work and you'll get the results," said Villanova-bound Hemingway.

The Crusaders weren't done.  Hemingway ties for the broze in the 50 free, finishes fourth in the 100 backstroke, and the McDevitt team closes out with a second in the 400 freestyle relay.

Boiling Springs sophomore Braelen Mowe gets the silver in the 200 individual medley.

In the 100 freestyle, Susquehannock's Jacob Wade is a state silver medalist.

Big Spring's Matthew Raudabaugh has a heck of a last lap in the 100 breaststroke to become the Bulldogs first ever state champion swimmer.

"Right after my race, my coach called my dad.  He is my number one supporter, ever.  He's always there," said Raudabaugh after the win.

Putting the icing on the cake Friday evening, Bishop McDevitt's score total was enough to win the 2A boys team title.

The 3A swimming championships will take place on Saturday at Cumberland Valley High School.