The NCAA issued a statement Friday evening apologizing for the incident. 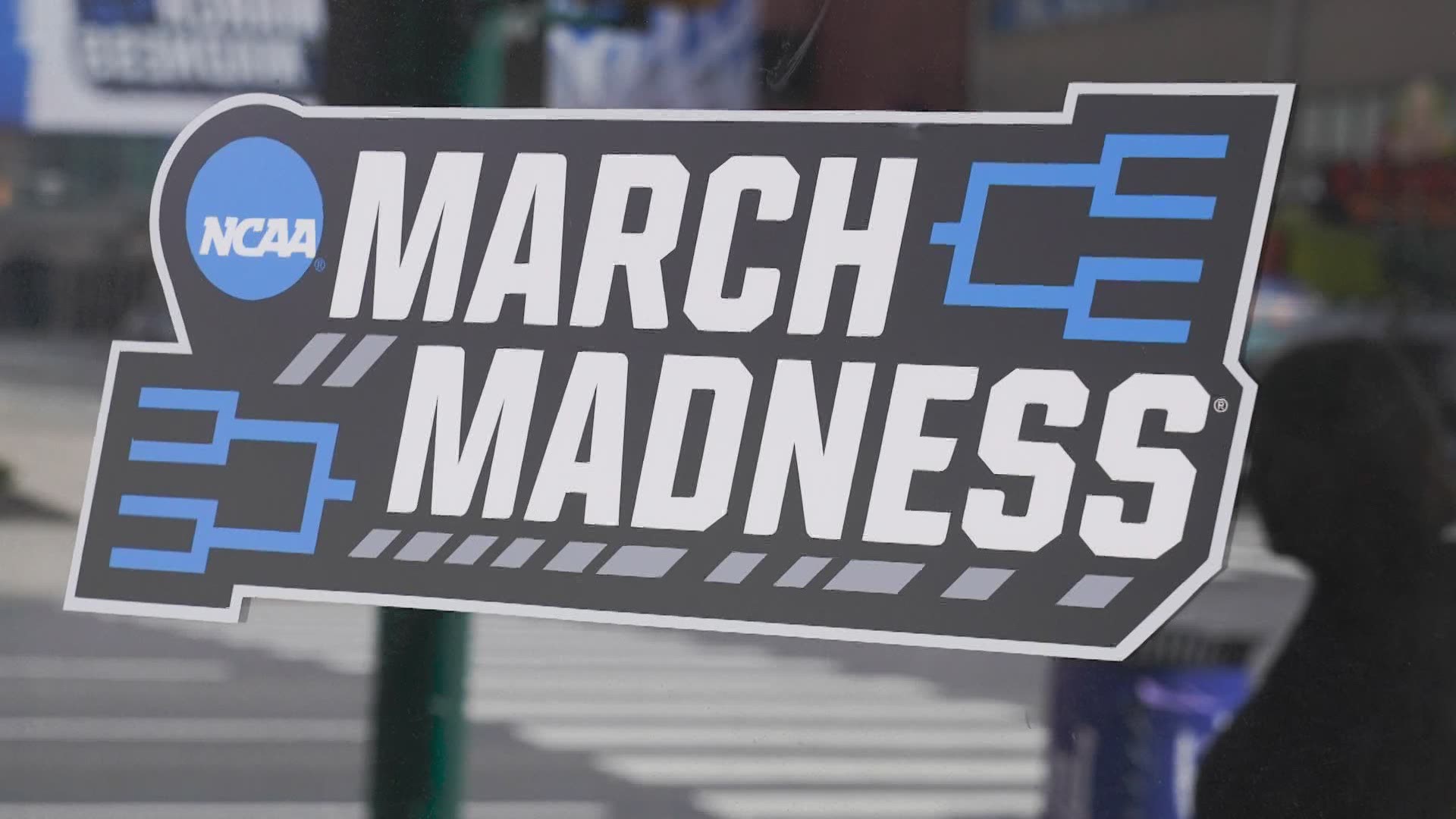 SAN ANTONIO — The National Collegiate Athletic Association apologized Friday night for a disparity in the amount and quality of strength training equipment at the men's and women's March Madness tournaments after players and team staff posted pictures on social media.

University of Oregon basketball player Sedona Prince shone the light the most brightly through a tweet, saying "If you aren't upset about this problem, then you're a part of it."

We acknowledge that some of the amenities teams with typically have access to have not been as available inside the controlled environment. In part, this is due to the limited space and the original plan was to expand the work out area once additional space was available later in the tournament. However, we want to be responsive to the needs of our participating teams, and we are actively working to enhance existing resources at practice courts, including additional weight training equipment.

Later, in an apology, Holzman wrote:

As a former women’s basketball student athlete, it’s always been my priority to make this event the best possible experience for everyone involved. We fell short this year in what we’ve been doing to prepare in the past 60 days for 64 teams to be here in San Antonio.

We have intentionally organized basketball under one umbrella [at the NCAA] to ensure consistency and collaboration. When we fall short on these expectations, it’s on me. I apologize to women’s basketball student athletes, coaches, and the women’s basketball committee for dropping the ball on the weight rooms in San Antonio.

Gorham, Maine native Mackenzie Holmes, who plays for Indiana University, which is currently competing in the tournament, told NEWS CENTER Maine in a message:

"This isn't the first time something like this has happened," and, "It's concerning some people don't see the issue," she wrote.

"Of course it's frustrating, but I'm trying to look at the bright side that we get the opportunity to be here, and keep focused on the games. Bottom line there's no excuse to be denied basic amenities."

Under federal law, this disparity never should have happened.

The rule called "Title IX" requires equity in any educational program or activity, and as it relates to sports, specifically requires equal equipment and supplies, as well as many other aspects.

"It's ridiculous," said Joanne Palombo-McCallie, a former Duke University and University of Maine women's basketball coach. "Everyone agrees it's wrong, but why did it happen?"

Palombo-McCallie said she has seen this type of inequity before.

"This happens by accident, meaning a lack of leadership somewhere, lack of organization and understanding. People aren't talking to people at the NCAA. There's a lack of communication," said Palombo-McCallie. "In this case, somebody's not taking care of business."