Harrisburg's Micah Parsons legend has stood the test of time 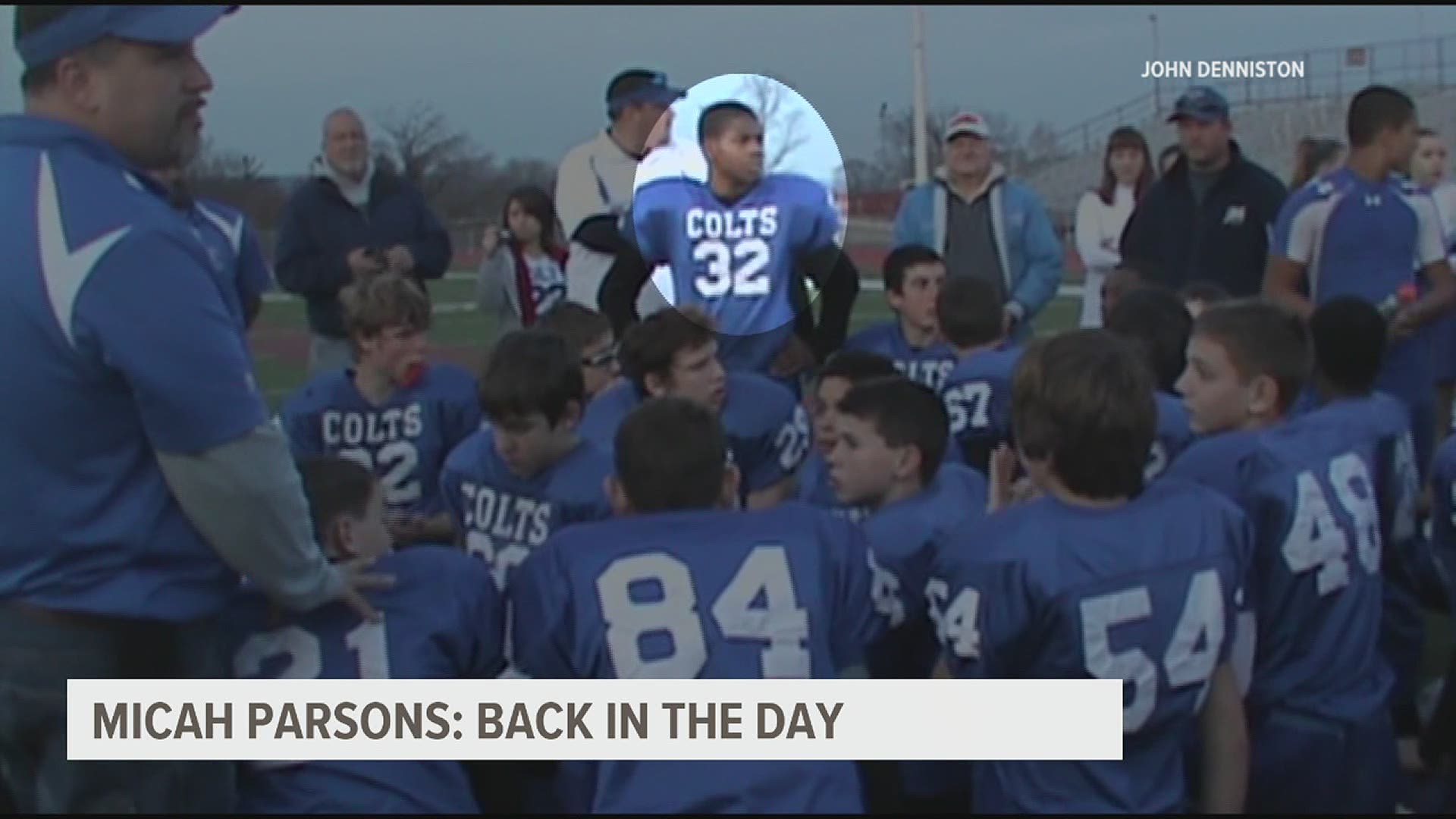 Some around Harrisburg are doing just that right now.

His coach at the time, John Denniston, now the head man at East Pennsboro High School finds some enjoyment taking a look back in the time machine.

“(You) Maybe get a little nostalgic and over think how good somebody was or how good we were as coaches. But he stands the test of time,” Denniston says with a smile.

Even at such a young age, Micah was just different.

LaVar Arrington has said that referring to his skills now and coach Denniston says it as well. Playing against kids that were almost two years older than him he always held his own.

"He had a lot of body control ,he was a pretty smooth athlete, terrific defensive player terrific offensive player. His skills had really been refined at such a young age."

Watching the old grainy film you see teams avoid Micah, and hear parents yell his name from the stands.

"Micah Parsons on the tackle"

No matter the coach, no matter the level, the reason for Micah's success has always looked him in the mirror according to his former youth coach.

"It's the work ethic that has allowed him to achieve what he has achieve and will carry him through to the next level.  He is renowned as a very hard worker."