Why would Dallas make a deal with their rival? | Locked On Eagles

The Dallas Cowboys may have shocked some when they made a deal with the division rival Philadelphia Eagles that allowed them to move up and take DeVonta Smith. 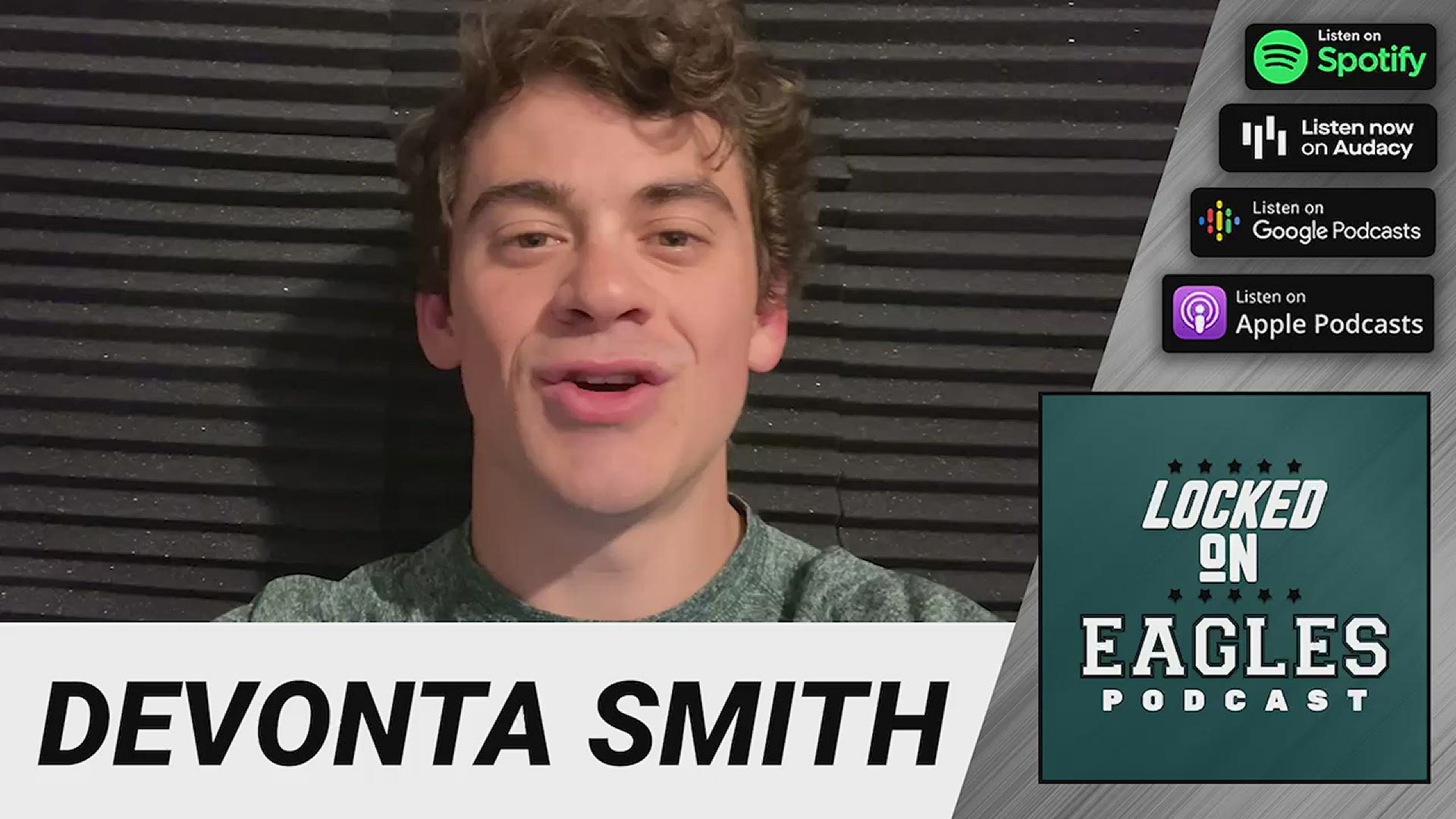 PHILADELPHIA — It isn’t often across the NFL that you see division rivals help each other through trades.

Teams say it all the time: the first step in a Super Bowl run is by taking your division.

So why would the Dallas Cowboys, Philadelphia’s biggest NFC East rival, allow the Eagles to get to the 10th overall pick and select the Heisman winner in Alabama wide receiver DeVonta Smith?

Back in 2009, the Eagles traded then-franchise quarterback Donovan McNabb to Washington, but McNabb was on his last legs as a starter.

Smith, on the other hand, was the best college football player in the country last season. He could be the piece that turns things around for what was an abysmal passing attack in 2020, closing the gap with the other NFC East offenses that each have three or more good/great weapons.

Cowboys Vice President Stephen Jones told the media on Thursday night that Dallas and Philadelphia had discussed this trade scenario throughout the week.

The Eagles expressed their desire to move up for an offensive player, while the Cowboys prioritized defense.

After missing out on both top cornerback prospects, Dallas wanted to move down, but not far enough to where they would miss out on Penn State linebacker Micah Parsons.

The Eagles only picked two spots behind the Cowboys, so Dallas was able to get Parsons with the 12th overall pick, and acquire Philadelphia’s 84th overall pick in the 3rd round.

Who was picking at 11 almost certainly played a role in the trade as well. Of course for the Eagles, they needed to jump another division rival in the New York Giants for Smith. The Giants being the team in between 10 and 12 impacted the Cowboys decision too.

Sure, Dallas may have simply wanted to collect extra picks and get their defensive prospect, as they said. However, Smith coming to the NFC East regardless of the team likely made the Cowboys more willing to do a deal with Philadelphia.

New York seemed all but guaranteed to be taking Smith if he fell to 11. The Giants selected Florida receiver Kadarius Toney with their first pick, and that came after moving down with the Chicago Bears to 20th overall.

So, not only did they take a wide receiver, but they moved down as soon as the Eagles moved up and took Smith.

If another receiver-needy team outside of the division held the 11th overall pick? Dallas might have hesitated a bit more. New York held the pick however, and the Cowboys likely preferred Smith go to an unproven Philadelphia passing attack.

The alternative would have been the Heisman winner joining a Giants offense that already has Saquon Barkley, Kenny Golladay, Evan Engram, Darius Slayton, and Sterling Sheppard featured in the attack.

For a Cowboys offense that has little to no proven starters in the secondary, defending that many targets at a time wouldn’t be ideal.