After missing on the Sidney Jones and J.J. Arcega-Whiteside picks in recent years, Roseman hopes that he can hit on a prospect that was oft-injured in college. 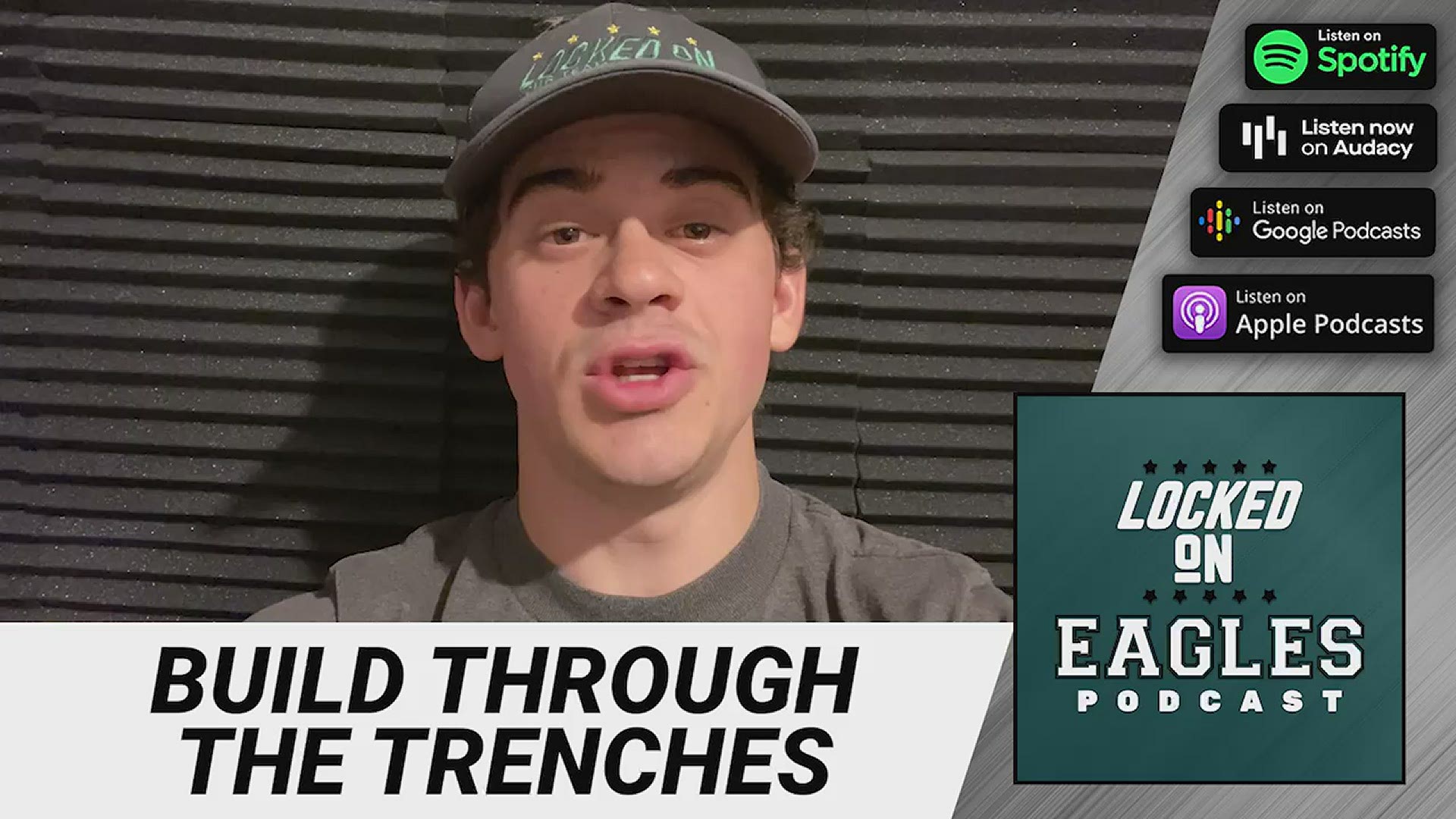 PHILADELPHIA — On multiple occasions since re-claiming his position as Philadelphia Eagles general manager in 2016, Howie Roseman has had to make a tough call in the second round on a talented prospect that fell in the NFL Draft because of serious injury concerns.

Back in 2017, Roseman decided Washington cornerback Sidney Jones was worth the risk when they selected him on Day 2 to be their top corner of the future. Jones was projected to be a top-15 pick and perhaps the first cornerback off the board if he hadn’t torn his Achilles during his pro day.

That high risk did not turn into a high reward. Jones flashed his Washington potential at times, but he continued to get injured over three seasons and it was evident he had lost a step from where he was in college.

Fast forward to the 2019 NFL Draft -- Roseman had a similar decision on his hands when the consensus top wide receiver in the class, Ole Miss wideout DK Metcalf, suddenly fell to both of their second round picks. That slip in large part was thanks to a neck injury.

The Eagles passed on Metcalf for Stanford receiver J.J. Arcega-Whiteside, who has managed to catch just 14 passes in two seasons. Meanwhile, Metcalf has become one of the best receivers in football with the Seattle Seahawks.

The Jones pick may have been in the back of Roseman’s head when they passed on Metcalf, and although it was the opposite decision on this type of risky prospect, the decision again backfired.

In the 2021 draft, Roseman was faced with this difficult decision yet again when in the second round they were mulling the decision to draft Alabama center Landon Dickerson. Dickerson was seen as a consensus top interior offensive lineman in football coming out of Alabama.

However, Dickerson also had a lengthy injury history with the Crimson Tide, suffering two season-ending ACL tears including one during the 2020 season. He also suffered injuries to each ankle thus dropping his draft stock into the second round.

Roseman decided he would go for the risk again when he selected Dickerson, hoping the injuries were in his past. The clock is ticking on long-time starting center Jason Kelce who considered retirement this offseason, as he has over multiple years.

If Dickerson can stay healthy and live up to his potential, Philadelphia could go right from Kelce to more long-term stability on the interior with Dickerson manning the middle.

If he continues to deal with these soft tissue injuries as Jones did, the Eagles may be wondering what could have been after passing on other prospects that could help at other areas of need, including cornerback where they passed Florida State's Asante Samuel Jr., the son of former great Eagles CB Asante Samuel.

It is a difficult decision teams have to address every year. Is the risk worth the reward?

Both decisions the Eagles made in 2017 and 2019 on the matter came back to bite them. Is the third time the charm?

Only time will tell.