How much friction is the low vaccination rate creating in the Washington Football Team building? And, today's other sports stories you need to know. 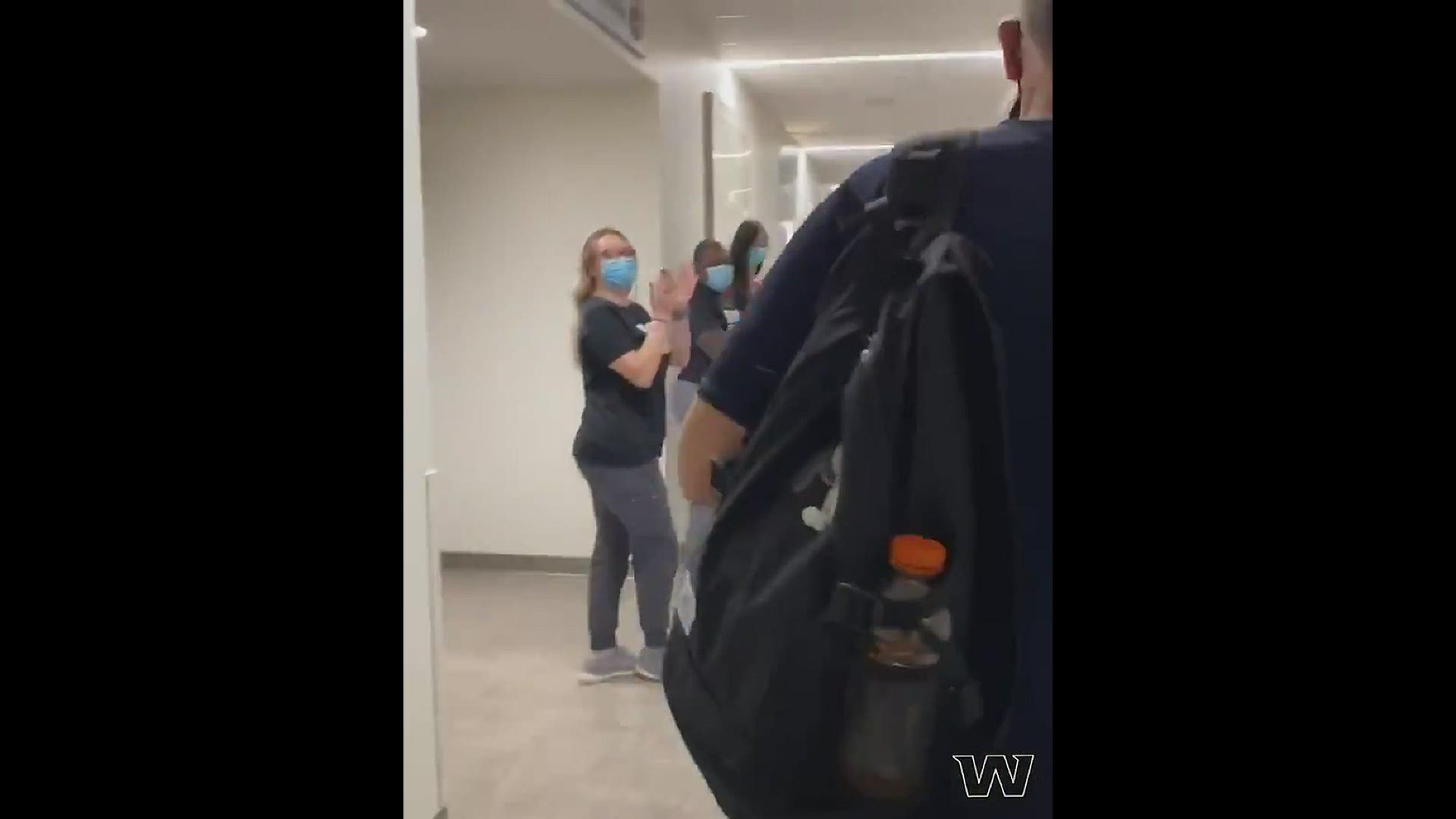 RICHMOND, Va. — The NFL says 27 of 32 teams are over 70% vaccinated but the Washington Football Team is not one of them and that has head coach Ron Rivera expressing his frustrations.

Rivera, 59, battled cancer last year and with his team likely less than 60% vaccinated, he's had to take more precautions.

“I’m truly frustrated,” Rivera said at his camp-opening news conference. “I’m beyond frustrated. One of the reasons I walked in with a mask on is I’m immune-deficient, so with this new variant, who knows? So when I’m in a group and the group’s not vaccinated or there’s a mixture, I put the mask on, and I do that for health reasons.”

“The thing that still looms over our head unfortunately is the whole COVID situation,” Rivera said. "As a football team, as individuals, we have to understand what’s truly at stake in terms of opportunities going forward, and we’ll see. We’ll see how it all unfolds, and to some degree this tells us a little about us.”

On the Locked On Today podcast, Locked On WFT host Chris Russell joined the show to talk about the friction in Richmond between the coaching staff and players over the vaccine.

"The bottom-line is when you have a head coach that's recovering from cancer and his immune system is clearly deficient, and not to mention on every coaching staff there are a lot of older men, so they could be compromised even if they're fully vaccinated, it leads to a situation of friction and frustration and clearly Rivera lashed out," Russell said on Locked On Today.

Russell said Rivera has tried to educate players on the vaccine including bringing in a Harvard immunologist, who helped develop the Moderna COVID-19 vaccine, to speak with players during minicamp in June.

"You kind of wonder how much information the players need to truly understand the gravity of what we're dealing with as a society, in the NFL and inside the Washington Football Team building," Russell said. "Sure, not every head coach has cancer, but even if he didn't, we'd still be dealing with a frustrating situation that at the minimum you could say is a divider in the locker room, a divider in the building and perhaps a season-wrecker."

The league sent a memo to teams last week telling them that an outbreak among nonvaccinated players could lead to forfeits with players on both teams not getting paid.

Also on today's Locked On Today

What are we Locked On Today?

Aaron Rodgers Reports, the Deshaun Watson Dilemma, and Young Coaches That Could Surprise