The District III team championships will be held on Monday afternoon. 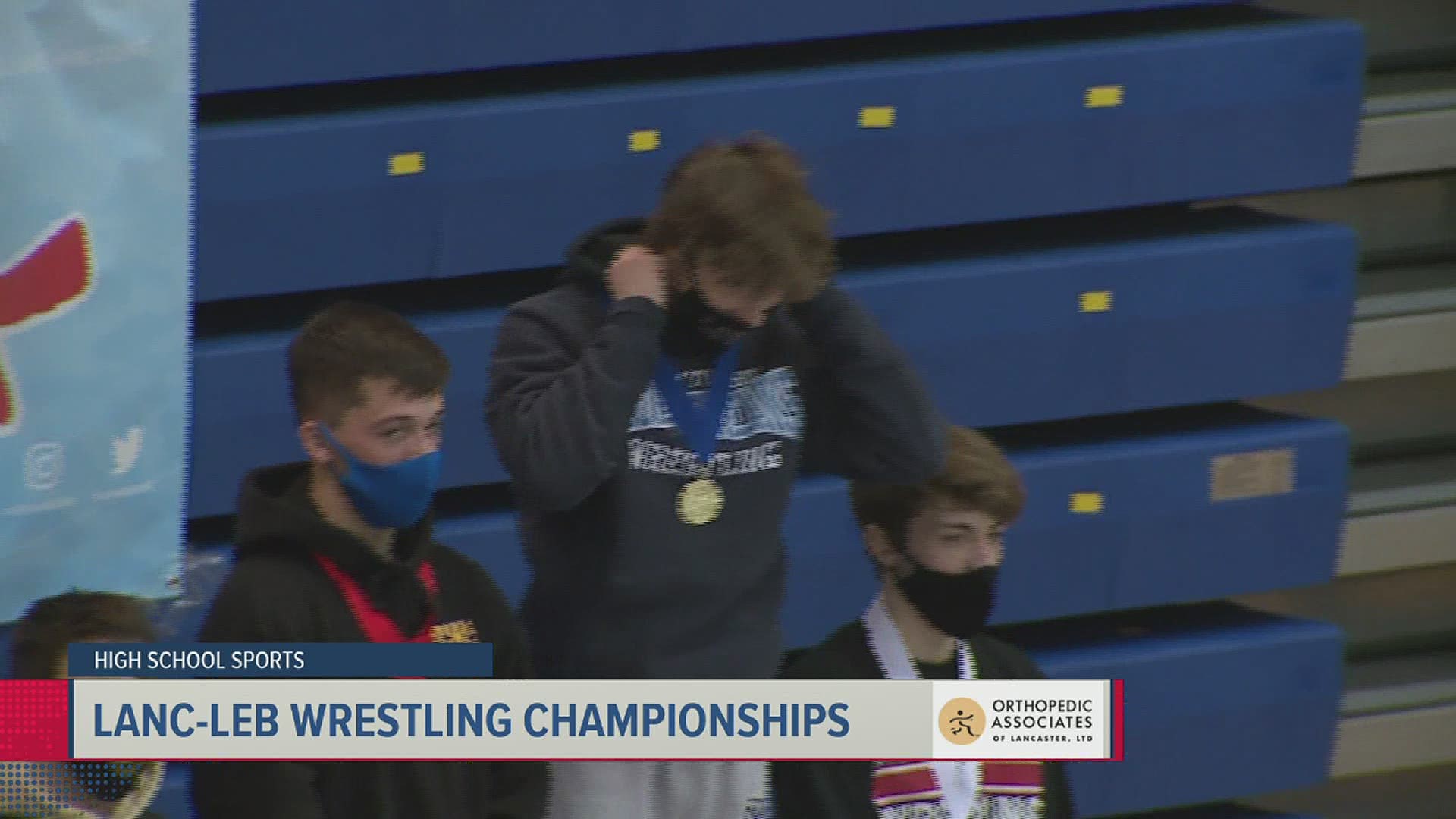 LANCASTER COUNTY, Pa. — High school wrestlers and coaches had no idea how far they'd get into the 2021 season with the potential of new obstacle popping up each day.  So the Lancaster-Lebanon League hosting their championships is a big win for the sport.

It was a much smaller field than they're used to out at Manheim Township High School, as only eight wrestlers earned a spot in each weight class on Saturday.  The Blue Streaks certainly looked right at home to start the day, winning the first four title bouts, and going on to win the team title.

"I was so hungry," said Manheim Township's Josh Hillard.  "This means so much to me.  I got second the past two years so it's good to finally get one."

"I definitely had some close matches today, so I have to stay hungry for this post season," said Gehr.  There's going to be some stacked section brackets in districts, so I just have to keep my head on straight and just keep working hard.

"It's just another stepping stone to get where I want to be for postseason so it's just a confidence booster," added LeFevre.  "I'm not going to let it effect me that much.  I'm just going to keep wrestling like I have all year."

In York-Adams action, it was a milestone weekend for Dallastown's Brooks Gable.  The Wildcat senior notched career win number 100 in the Cats' win over Red Land.

This is something of a family tradition for the Gables as his brother and dad also racked up 100 wins in their wrestling careers.

The District III team championships hit the mats on Monday.

2A takes place at Northern Lebanon as the Vikings will host Newport, while Boiling Springs takes on West Perry at noon.  The winners then meet at 2PM.

3A will be at Central Dauphin where in the semis the Rams meet Hempfield and Daniel Boone faces Gettysburg.

The championship hits the mat around 2PM.

2A: ALL MATCHEShttps://t.co/sNRahJKXwq (no fee)
Semis: choose mat number of match you wish to watch.
Finals: choose HS Gym link