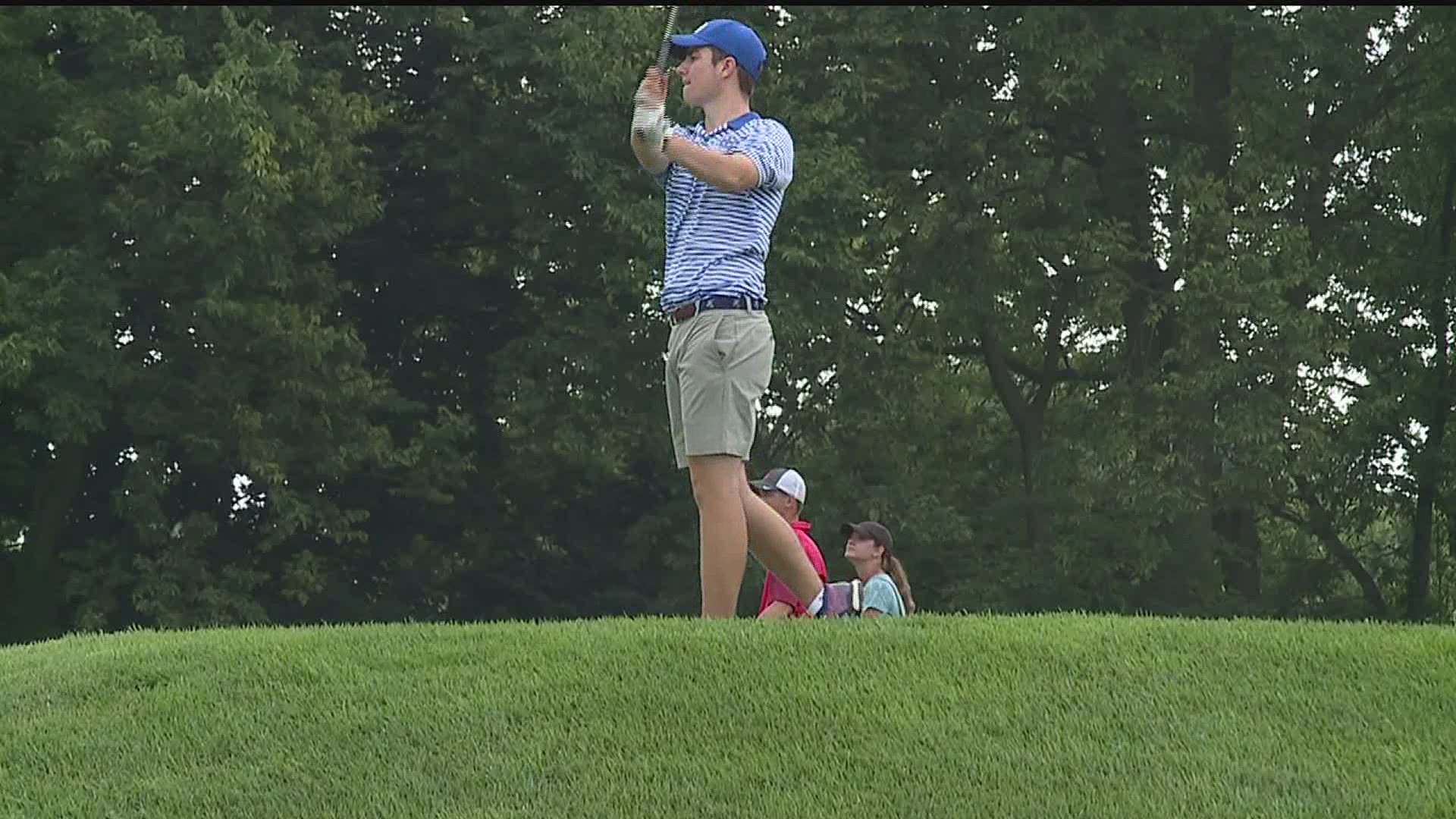 LANCASTER, Pa. — The Lancaster County Junior Golf Tour wrapped up its 2020 schedule with their sixth event of the summer as players took on a tough Lancaster Country Club in the tours crown jewel event.

In the Girls Gold Division Kayla Maletto shot a one over par round to claim her second straight title.

While on the boys side it was Central Dauphin's Garrett Engle who carded a two under par 68 to win his second straight tour championship.

Hear from the winners in the video above.