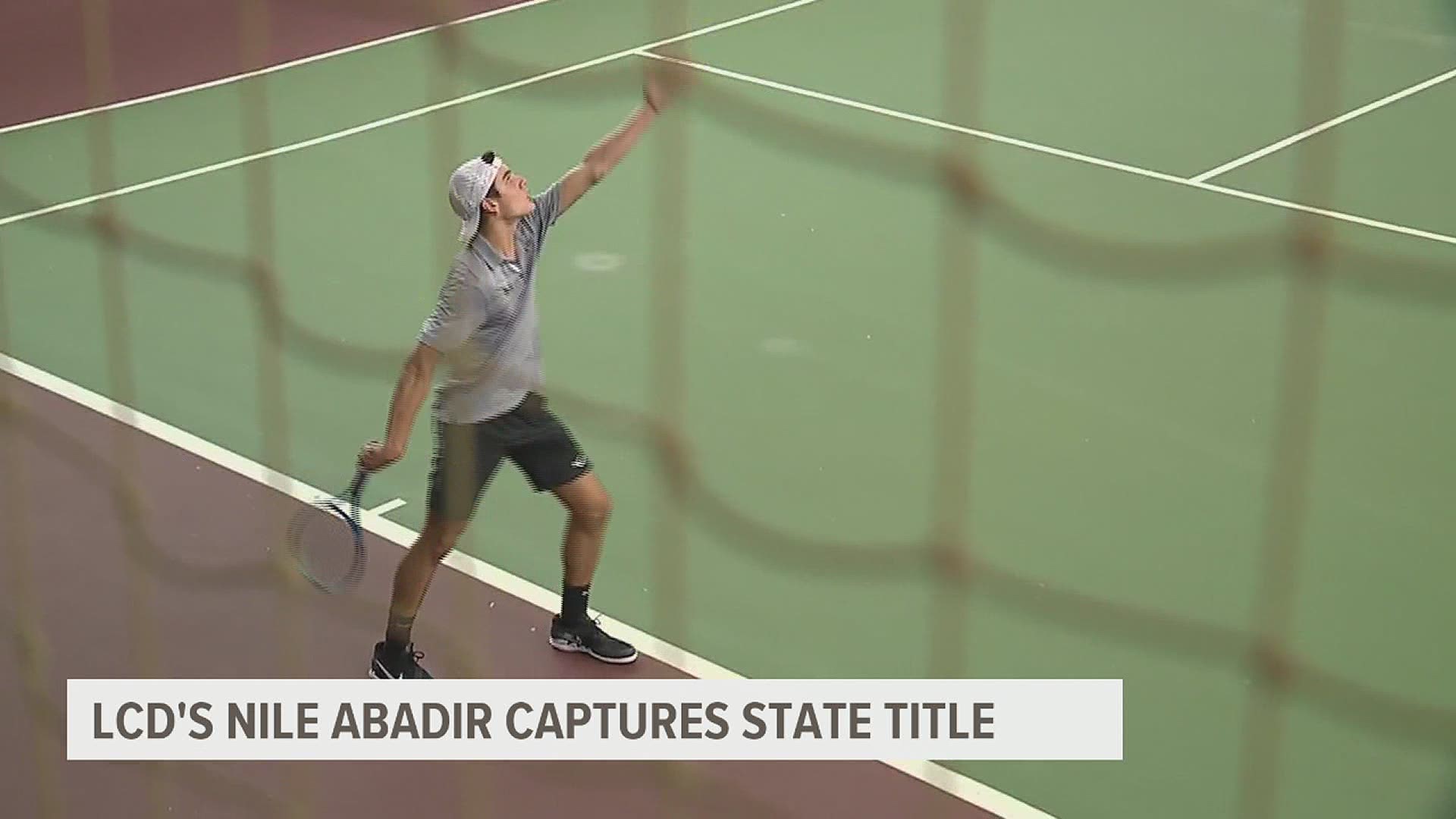 HERSHEY, Pa. — "It's amazing, I've never really experienced this in a setting like this before."

Nile Abadir might want to get used to playing for state championships because the Lancaster Country Day sophomore looked very comfortable capturing the PIAA 2A Boys Tennis championship on Saturday at Hershey Racquet Club.

Abadir dropped the first set in a tie breaker to North Catholic Junior Nicholas Scheller.  He was not deterred and asserted himself with a dominant second set 6-1 to even the match. In the third and deciding set, he broke Scheller's serve and took advantage.  Abadir closed out the match with a shot perfectly placed in the corner and then let out a victory yell to celebrate.

He will enjoy this state title and then pivot to a busy summer. 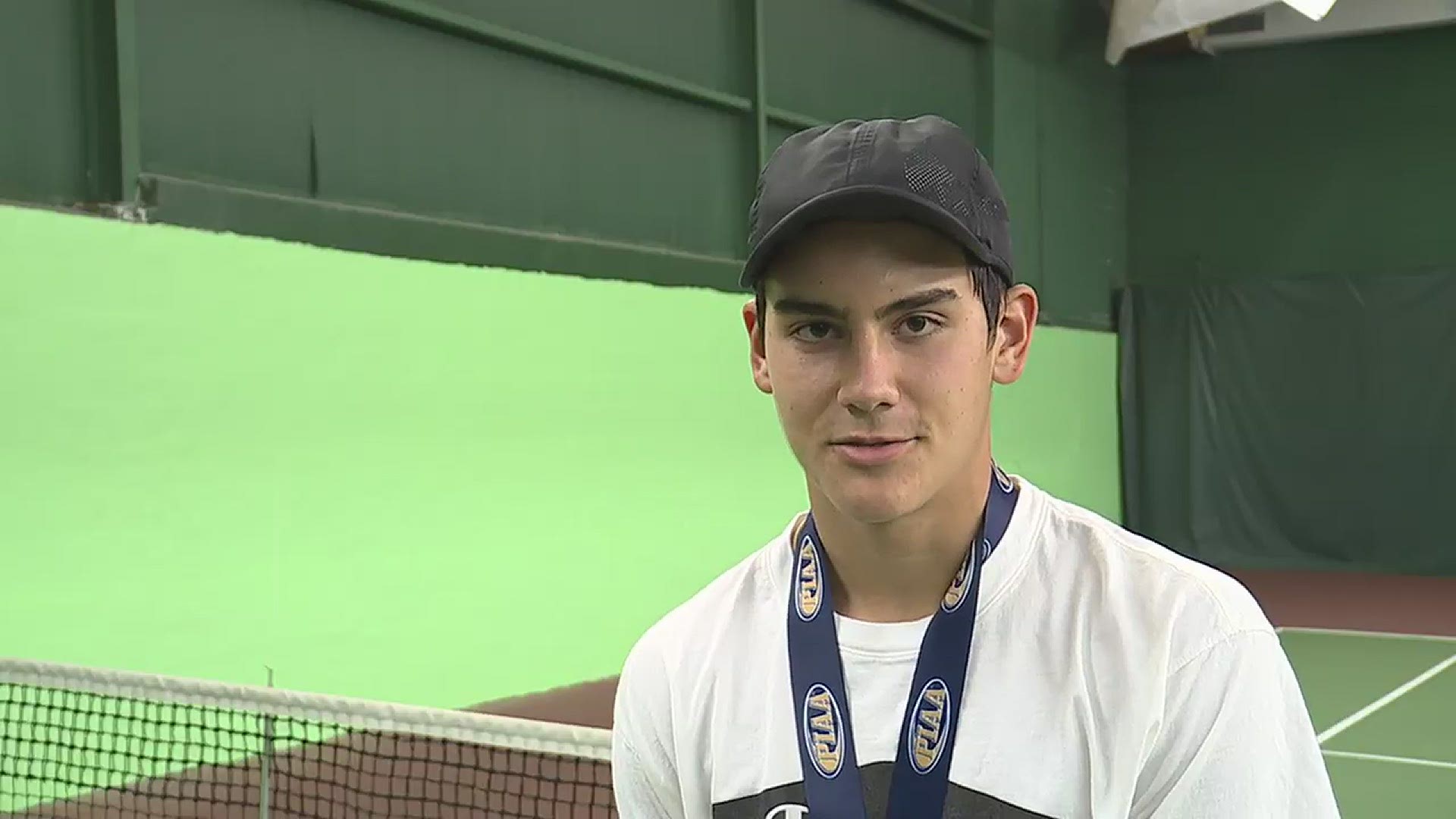 "I have a bunch of tournaments this summer, USTA and nationals and sectionals," Abadir explained.  "All three tournaments are going to be down in Florida and across the country so I am excited for that."