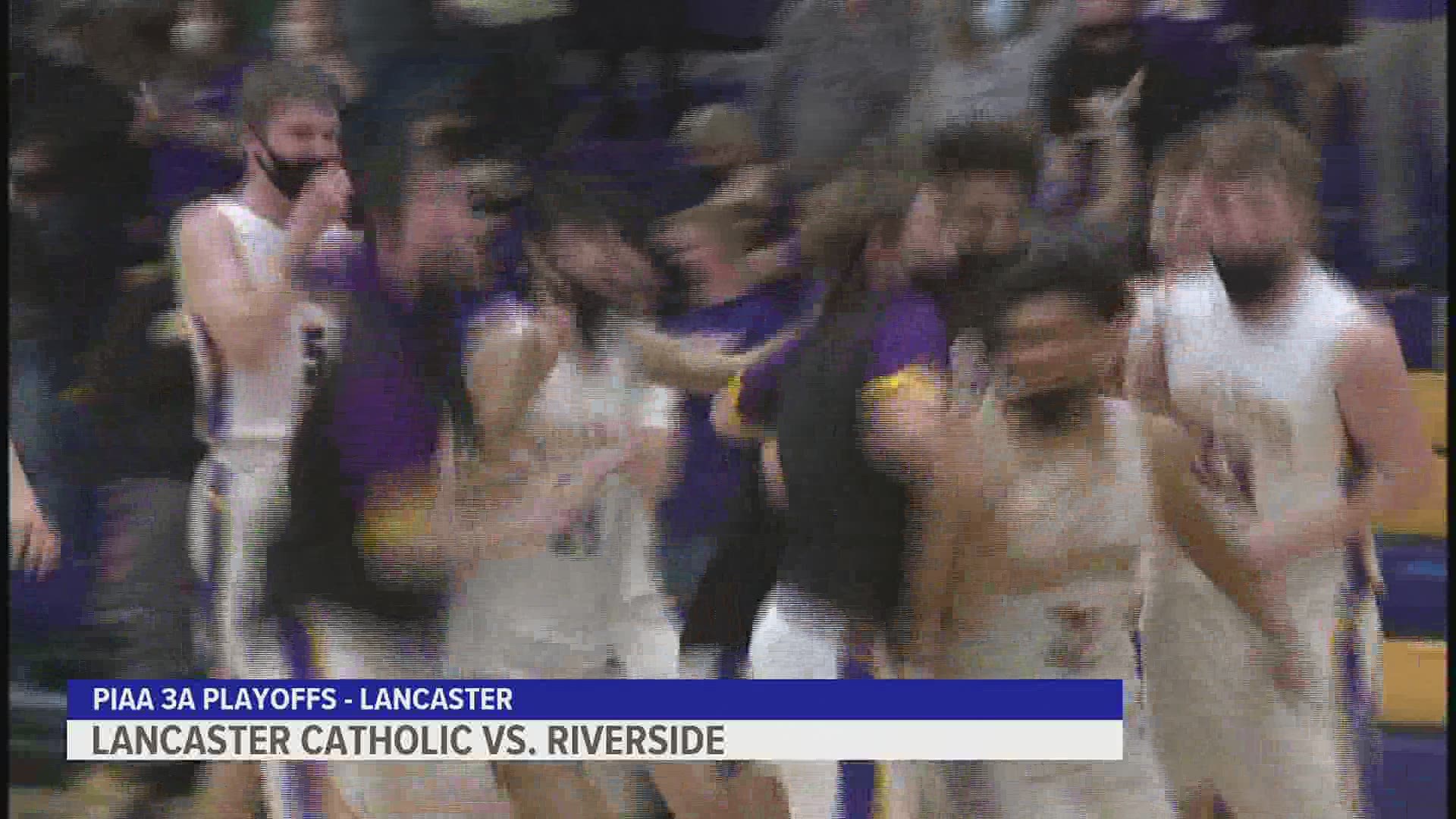 LANCASTER, Pa. — It is a finish the Lancaster Catholic Crusaders boys basketball team seems to be no stranger to. They hosted the Riverside Vikings from District II.

In the first, Lancaster Catholic capitalized off a turnover. Devin Atkinson throws a long ball to Nahjier Aikens and he’s good for a pair.

Vikings Brandon Reed passes to Joshua Godlewski and they come within one.

But Crusaders Mason Moore answered right back from the corner and Lancaster Catholic lead by one at the end of the first quarter.

In the second quarter, the Crusaders like corner the left corner, left side strong side for Ryan Koltunovich as he knocked down another 3-pointer.

Skip to a 1:23 left in the third quarter, the Vikings sophomore Franics Antoniacci drains the a three to tie the game at 37 a piece.

It’s a back and forth battle, with two more ties at 41 then again at 47. Lancaster Catholic had the ball and called a time out tied at 47 with 17.3 seconds left in the game. The Crusaders left it up to senior Nevin Roman to step up. This kid is money from three and hits the game winning shot for the  Crusaders to win, 50-47.

GAME WINNING 3-POINTER! 🏀🏀🏀@LCHS1022 beats Riverside 50-47 to move onto the second round of @PIAASports State playoffs.

“We wanted Nevin to step up. You know, he struggled from the field today. We said you can make this at a critical time and he stepped up and knocked it down," said Joe Klazas Lancaster Catholic head coach.

“You know, it means a lot because of last year and COVID, it got cut short. So, all we want to do is win the state championship. We’re just blessed to be where we are," said Roman. The senior guard who hit the game winning shot.

The Crusaders move onto second round of the PIAA State Playoffs.