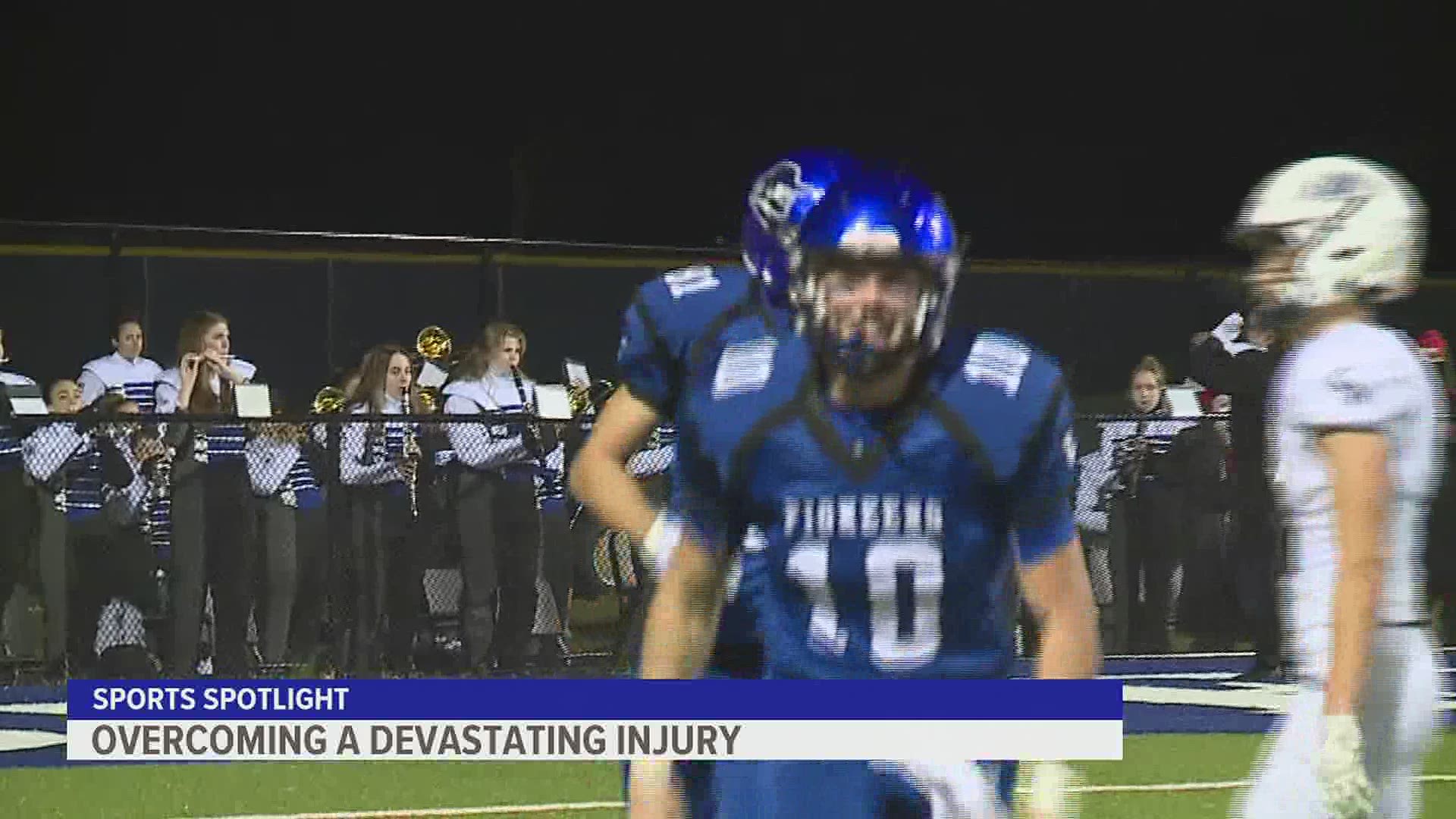 LAMPETER, Pa. — When you look back on the 2020 high school fall season, there's a lot to be thankful for. Some people, in different ways then others but the uncertainty to play in 2020, came well before the current pandemic.

Last year, then Lampeter-Strasburg junior quarterback Sean Mctaggart had hopes to impress some college coaches and recruiters to have offers start rolling in, but unfortunately, his junior season was cut short by a devastating knee injury. McTaggart tore both his ACL and LCL and at the time, doctors didn't know how severe his injury was.

“They thought the injury was a lot worse than what it was but after that, I worked hard to get back and get health enough to play again," said McTaggart.

Wasn't an easy task but he stayed determined to be the signal caller for one final season and says the injury helped him grow more as a true quarterback. Being able to stay in the pocket and not run as much.

The saying, there's no I in team stands true at L-S. It takes an entire team of versatile players on both sides of the ball, and even on special teams as the kicker pulled double-duty playing both football and soccer.

With grit and determination, the Pioneers has their first undefeated regular season, named Lancaster-Lebanon Section 3 Champions and won back-to-back District III 4A titles.

McTaggart said, “I’m just very thankful. If you would have asked me this last year, if I’d be here. I wouldn’t believe you. It’s a great group of guys that has had my back through the entire way.”

The season might be over but the hard work continues as McTaggart has aspirations to play at the next level and hopes a school will giving him that chance to play.