Third season of kickball league on the Barnstormers turf 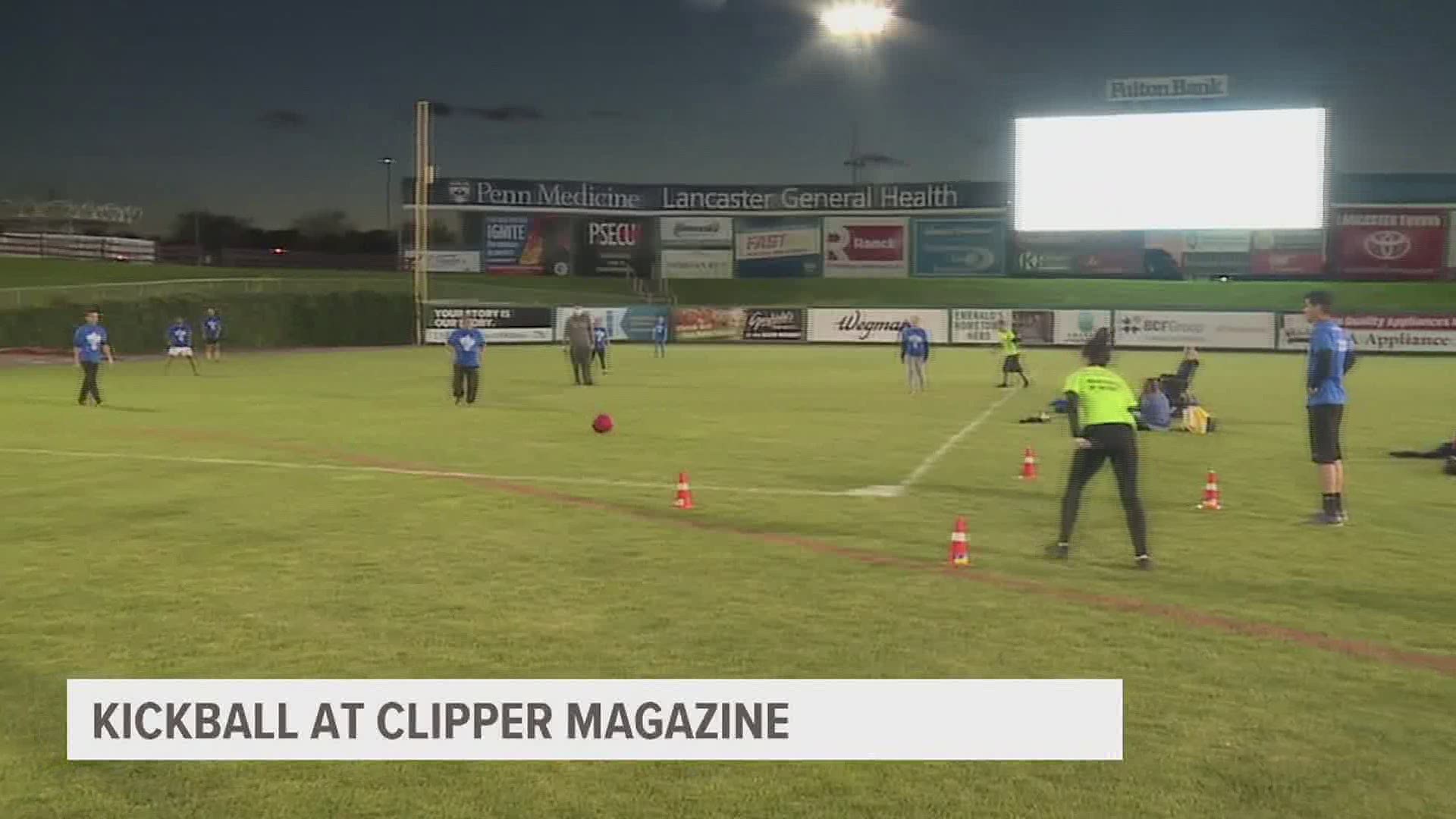 LANCASTER, Pa. — It was a different game being played under the lights at Clipper Magazine Stadium. It wasn't the sound of a crack of a bat, but a zing coming off a foot.

For it's third season, Clipper Magazine hosted two nights a week kickball league. A league for a adults to have a little normalcy while also staying safe. Keeping with social distancing and wearing masks while not playing.

“The wheels started turning of why don’t we just have our own league,' said Ryan Cortazzo, Lancaster Barnstormers IT/Creative Services. 'We ambitiously, last year, went ahead and did a fall league and from there. Everyone had a good time. Once COVID happened, we were really thinking what could we do, as a baseball team. Instead, of just movies. Instead, of just the obvious. So, this came to mind right away.”

Some people even driving from Harrisburg after the city canceled their season.

“You know, life hasn’t been feeling normal lately and there wasn’t a leage in Harrisburg. So, we saw there was one in Lancaster and we’ve had a team for about three years and decided to come out and have some fun," said Jenna Davis, Carlisle.