It's still basketball season at J.P. McCaskey and Harrisburg. 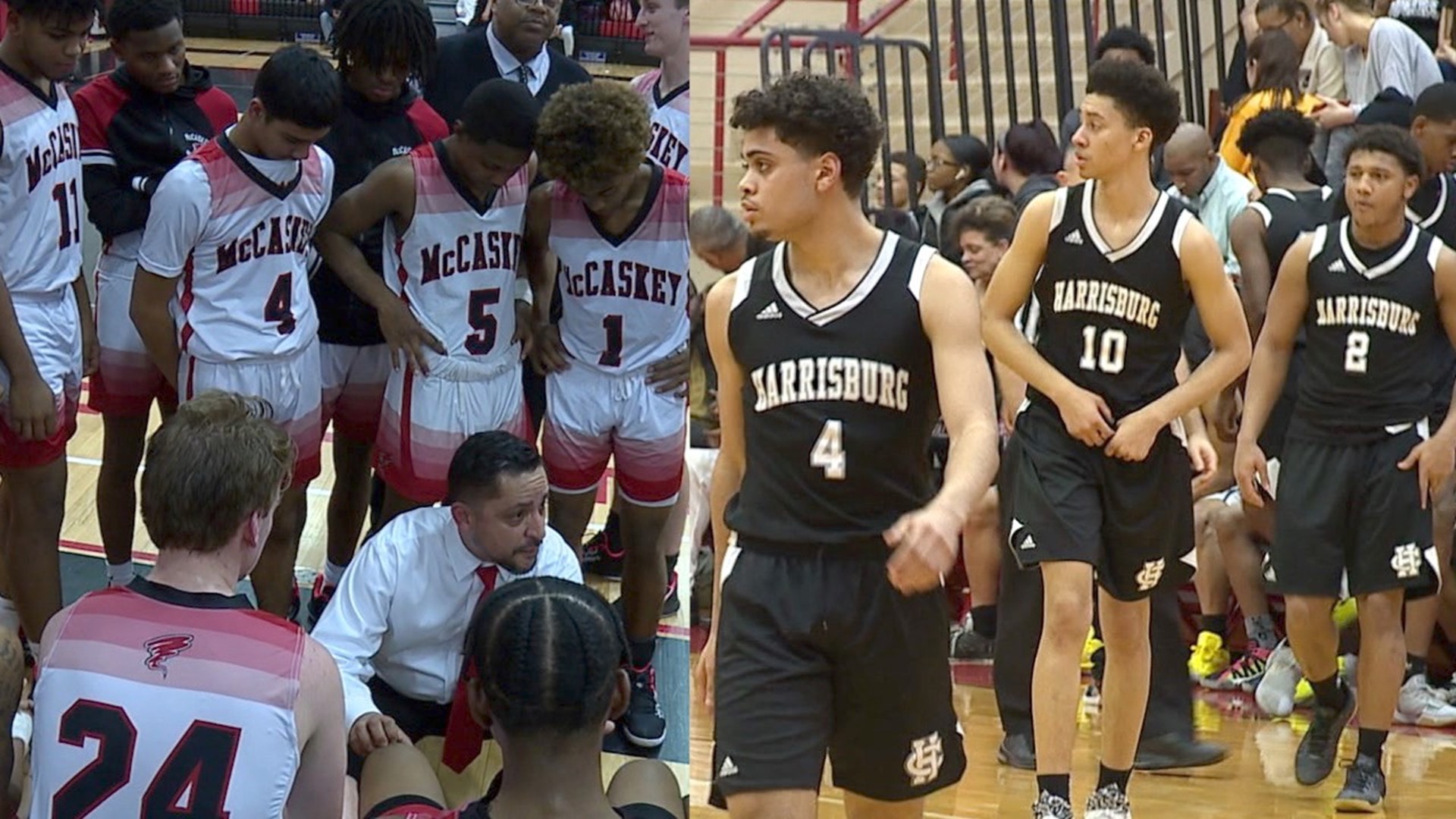 YORK, Pa. — J.P. McCaskey has had their fair share of close calls this season, and the district playoffs are no exception.  The Red Tornado were able to best Chambersburg to start the district tourney, 70-64.

Harrisburg trailed Cumberland Valley at the half by two, but the Cougars went on a run in the third which helped them lock up the 50-42 win. John McNeil scored 22 points and Davon Lee posted 18 in the winning effort.

Regulation wasn't enough for Warwick and Governor Mifflin.  The Warriors and Mustangs went all the way to double overtime, before Governor Mifflin fends off Warwick, 77-70.