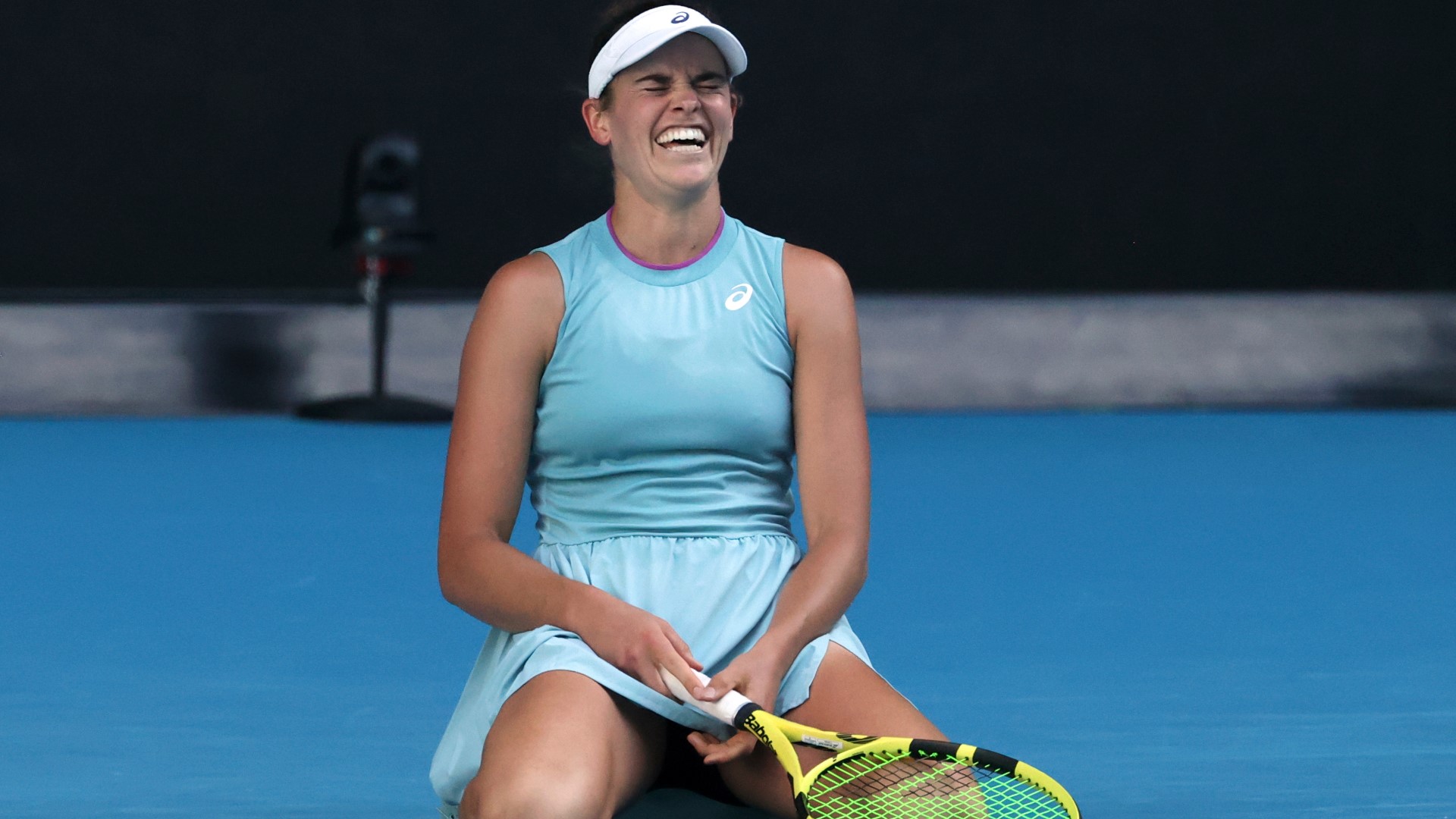 On Thursday, Brady defeated Karolina Muchova of the Czech Republic in their semifinal match.

Now, Brady will face the favored Naomi Osaka in the Grand Slam Final.

Brady, who grew up in the Cumberland Valley School District before moving to Florida to work on her tennis game and eventually attending UCLA.

She will become the first college player to advance to a Grand Slam Final since 1983.

This will also be Brady's first appearance in a Grand Slam Final and her deepest run in any tournament, despite being seeded 22nd at Melbourne Park.

She went through a two-week hard quarantine when she arrived in Australia because someone on her flight tested positive for COVID-19.

Brady will face three-time major champion Naomi Osaka for the title. It is a rematch of a U.S. Open semifinal won by Osaka last year.

In her career, Brady is 1-2 against Osaka.

Here it is. It took 5 match points but Harrisburg's Jennifer Brady is in her first Grand Slam Final into the Aussie Open Final.
🏆