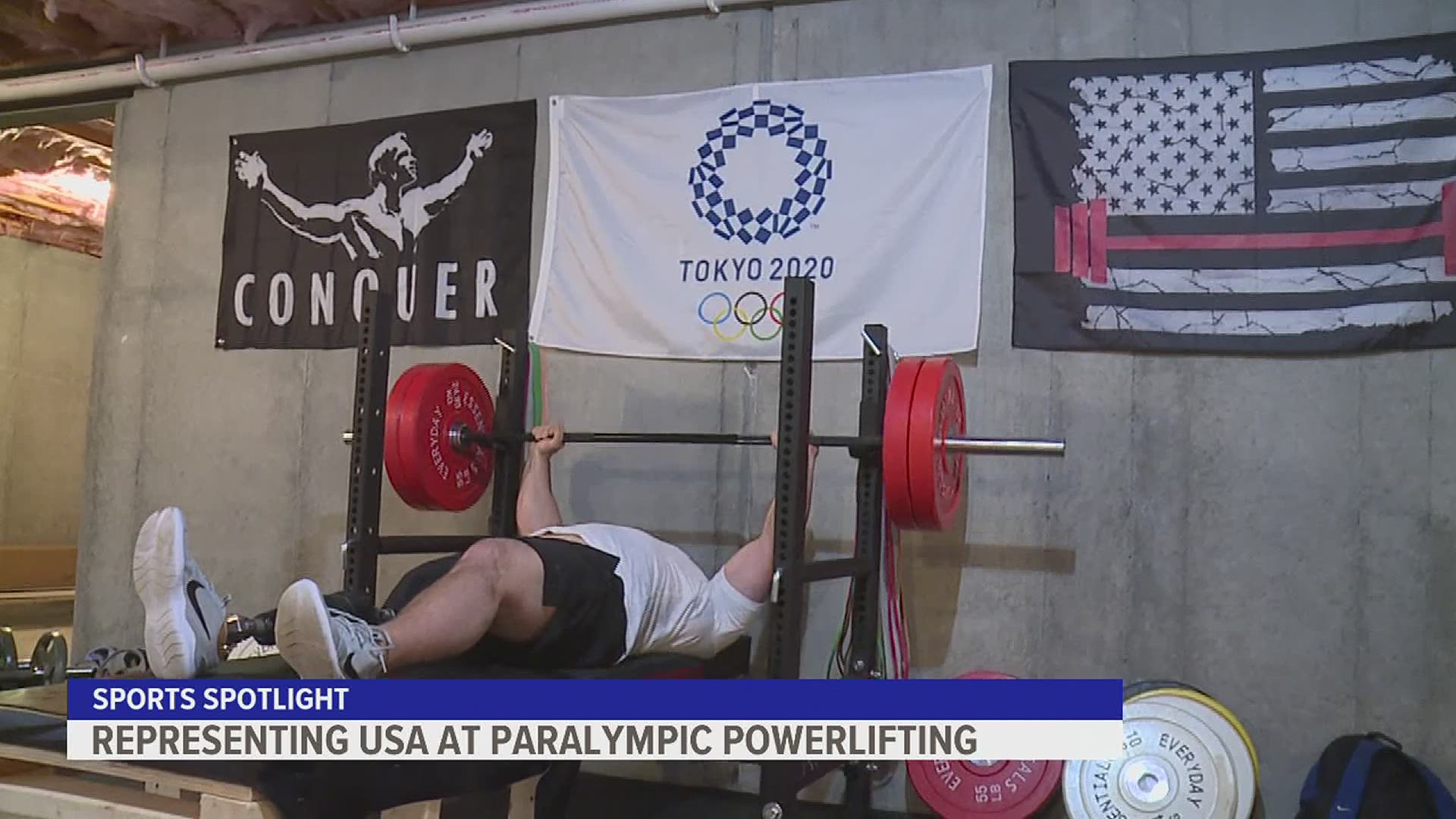 BOILING SPRINGS, Pa. — To compete in the Paralympic Games has been a dream and a goal of 2006 Boiling Springs high school graduate Jake Schrom for over a decade.

The games are now just four months away after being rescheduled because of the COVID-19 pandemic. So now, the 2020 Olympics and Paralympics will take place in August and September.

A daily reminder is hung over Schrom's bench press. He's one step closer to qualifing for the Paralympic Games in Tokyo, Japan. He's has come close but has never had the chance to compete at the Paralympics. With the games still on, his training had to be altered. Schrom reconstructed his basement into his training facility.

“My training had to continue,' said Schrom. 'The games were still going to be held and there’s still a deadline and needing to qualify and get better. So, knowing that Manchester (England) was coming up, I didn’t want to have any hiccups in training.”

Even before ever needing a prosthetic leg, Jake loved to workout and compete. Especially enjoyed weightlifting.

“It’s always just been something I’ve been drawn to. So, I think just being good at it, early on, just kind fed that," said Schrom.

As a student at Penn State University, he was introduced to their Ability Athletics program. There he turned a hobby into something more.

“I don’t look at myself as any different whether I’m disabled or able-bodied. I think I’ve just always enjoyed lifting and my goal was to get good at that and so I think anyone can really relate to having a passion and setting goals," said Schrom.

It showed right away. He instantly found success winning gold at the 2010 World Championships in the junior division. Since then, he has added two World Cup gold medals and most recently a bronze in Manchester, England

Now, the 33-year-old says he’s in prime condition to compete with the very best.

“Thirty-five to 45 are some prime years. So, I started very young. I’ve been good all along but just not as developed physically as some of the seasoned international lifters," said Schrom.

Jake currently competes in the up to 107 kg weight class.

The final World Cup qualification event is in Dubai the end of June, where Jake has hopes to be in the top eight and have the chance, for the very first time, to compete in August at the Paralympic Games.