The signings were announced Thursday by the Bears and their parent club, the Washington Capitals. 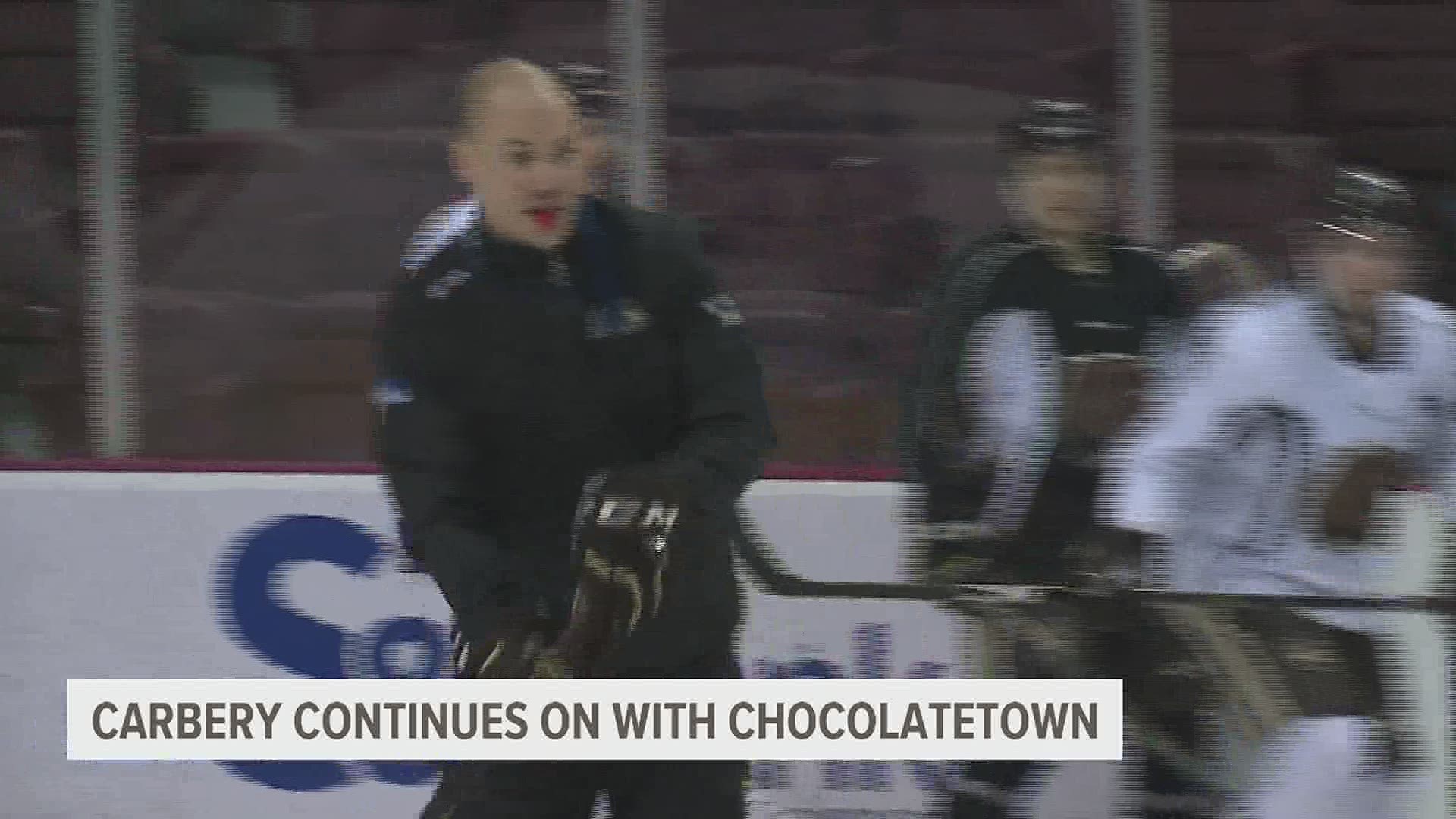 Additionally, the Bears and the Capitals have also announced that assistant coach Patrick Wellar and associate goaltending coach Alex Westlund have also signed multi-year contract extensions to stay in Hershey.

The announcements were made by Hershey Bears vice president of hockey operations Bryan Helmer and Washington Capitals senior vice president and general manager Brian MacLellan in a press release.

"Spencer has built a culture of success, and his drive, passion, and ability to get the best out of his players have made him the perfect fit for our organization,” said Helmer. “We look forward to Spencer, along with Patrick Wellar, Alex Westlund, and the rest of the coaching staff, leading our storied franchise to further success in the coming years."

Carbery, 39, is in his third season as head coach of the Bears. He was named the 26th head coach in franchise history on June 26, 2018, and at the time of his hire, he was the second youngest coach in the American Hockey League, the Bears said.

“We are pleased to sign Spencer to a new contract,” said MacLellan. “Spencer is a talented, young head coach and his track record of winning at the professional level, while also developing players, makes him the ideal coach for our top prospects. We are also pleased to extend Patrick and Alex, who have also continued to make a positive impact on our young players.”

Carbery, a Victoria, British Columbia native, has led Hershey to a 16-5-2-0 record so far this season, good for the top spot in the North Division. Under his watch, the 2019-20 Bears were the third-best team in the AHL with a 37-18-3-4 record through 62 games, tying for a league-high 21 home wins before the season was cancelled due to the COVID-19 pandemic.

In Carbery’s first season in Hershey in 2018-19, he guided the Bears to a record of 43-25-4-4. That year, Hershey broke a franchise record by earning standings points in 17 consecutive regular season games. The historic streak lifted Hershey from last place in the AHL in December, to an April playoff berth, where the Bears beat the Bridgeport Sound Tigers in the opening round of the 2019 Calder Cup Playoffs in five games.

"My family and I are so grateful for the opportunity the Washington Capitals and Hershey Bears provided me three years ago," said Carbery. "Since coming to Hershey, I’m very proud of what our staff has been able to accomplish from both a product on the ice standpoint, and a player development standpoint. I'd like to thank both organizations for continuing to believe in me. It’s an honor to coach in Hershey and call it home."

Wellar, 37, is in his third season as an assistant coach with the Bears. With Wellar overseeing the defense, last year Hershey finished second in the league on the penalty kill at 87.3 percent, second in shots against (26.89), and third in goals against (2.53).

Those strong numbers have continued this season, with the Bears sitting second in the league in goals against (2.35) and fourth in shots against (25.35).

Prior to moving behind the bench, Wellar was a defenseman with the Bears playing parts of six seasons and helped the Bears win the Calder Cup in 2010.

Westlund, 45, is in his fourth season as the club's associate goaltending coach. In his tenure with the Bears, he's helped current Capitals goaltenders Ilya Samsonov and Vitek Vanecek advance to the NHL, after the duo each won 20 games under his watch with Hershey in 2018-19.

Westlund also coached the tandem of Vanecek and Pheonix Copley during the 2019-20 season, and the duo each ranked top-10 in the AHL in goals-against average.

This season, he's guided goaltender Zach Fucale to the AHL's best goals-against average of 1.75, while Copley ranks ninth at 2.35.

Wellar and Westlund will continue to round out Carbery's staff, along with assistant coach Scott Allen, video coach Emily Engel-Natzke, and strength and conditioning coach Mike Wagner who are already under contract for the upcoming 2021-22 season.