Hershey's home game with Binghamton, set for Saturday at 1 p.m., will be played as scheduled, the team says 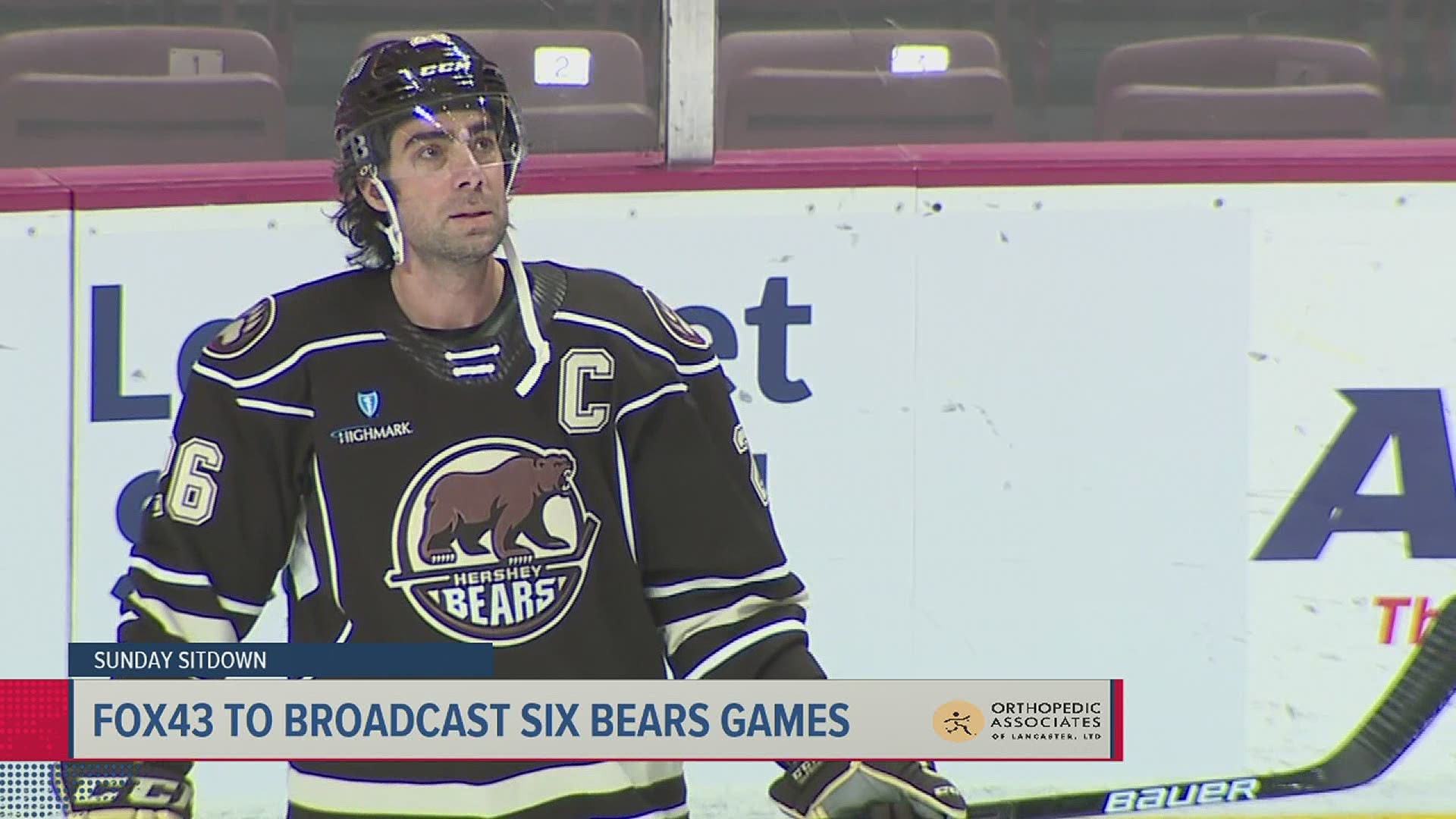 The Hershey Bears' American League Hockey game at Lehigh Valley on Sunday has been postponed due to the Phantoms' ongoing COVID-19 issues, the team said Wednesday on Twitter.

"The decision was made in consultation with medical experts and the AHL and due to the health and safety of player, coaches, and game-day personnel," the Bears said on their official Twitter page.

The game's make-up date has not yet been determined, the team said.

The Bears are set to host Binghamton Saturday at 1 p.m., and that game is still on as scheduled, Hershey announced. FOX43 will televise the game live.

Lehigh Valley's game against Scranton/Wilkes-Barre, scheduled for Friday, was also postponed this week by the AHL.

The Phantoms have been out of action since April 6, when they defeated Binghamton 2-1 in a shootout.

FOX43 is scheduled to broadcast the following Hershey Bears games this season:

Our road game this Sunday, April 18 at the @LVPhantoms has been postponed. A make-up date has not yet been determined.

Saturday's 1 p.m. home game vs. Binghamton is ON as scheduled. pic.twitter.com/vkNt7kp9Sb