Some of the games will be televised on FOX43's main channel, others on its digital channel, Antenna TV. 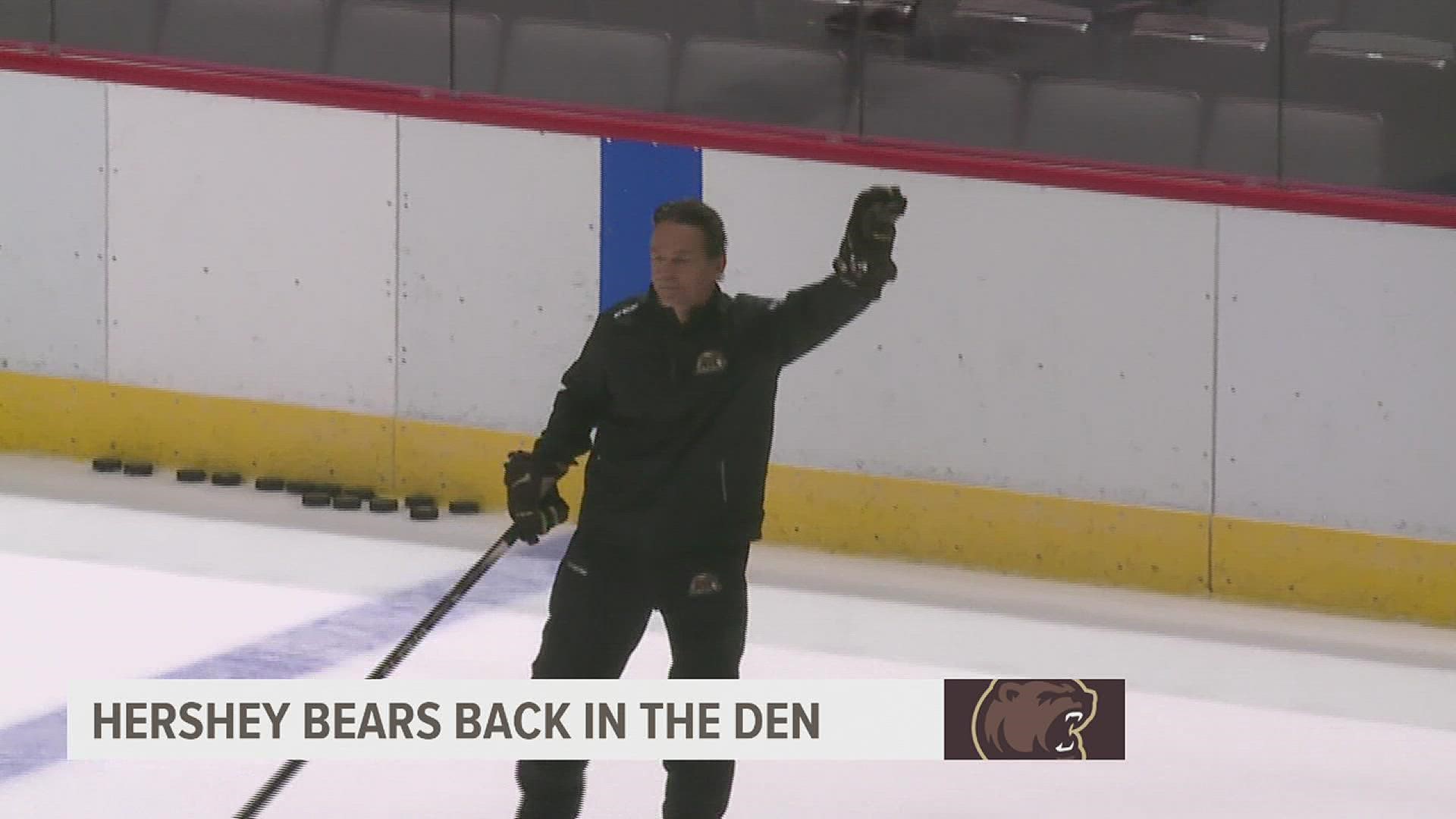 The Hershey Bears and FOX43 have announced the television broadcast schedule for the 2021-22 season.

FOX43 will televise 10 Bears games from GIANT Center this season, beginning with the home opener on Saturday.

Select games will air in high definition on the station's main channel, available to anyone in the region with an antenna, digital tuner, cable subscription, or streaming service that includes local channels.

The following games will be televised on FOX43:

The above dates and channels are subject to change, and additional road game broadcasts are expected to be added at a later date.

Tickets to Hershey Bears home games are available online via Ticketmaster, and fans will be able to be part of the action at GIANT Center this season.

However, if fans cannot make the game, the Bears and WPMT FOX43 are thrilled to partner for a second straight season.

"We are delighted to continue our partnership with FOX43 to televise Bears games during the 2021-22 season," said Hershey Bears Vice President of Hockey Operations, Bryan Helmer. "FOX43 did an exceptional job with our broadcasts in 2020-21, and as we return to full crowds this season at GIANT Center, we're glad to expand our partnership to showcase the fun and excitement of Hershey Bears hockey on television screens across Central Pennsylvania."

"Being involved with the most successful sports franchise in our area, and in the AHL, is without a doubt a thrill for us here at FOX43," said FOX43 president and general manager Chris Topf. "With the reach of our broadcasts and the fierce loyalty of the team’s fan base, this partnership will be a win for all involved, especially the fans."

In addition to the Bears, the station carries the NFL on FOX, MLB on FOX, NASCAR on FOX as well as the only local high school football pregame show, The FOX43 High School Football Frenzy. FOX43 is also Central PA’s official Philadelphia Eagles station carrying both preseason and regular season games.

The award-winning Voice of the Bears, Zack Fisch, will call the action for all televised games, working alongside FOX43 Sports Director Todd Sadowski, who has covered the Bears for over 20 years, reporting on the team's 2006, 2009, and 2010 Calder Cup Championships.

Televised Bears games will continue to be heard on the Bears Radio Network and via the Bears Mobile app as all games will be simulcast. Games will also be available on the AHL's streaming video platform, AHLTV.

In addition to television broadcasts of games, the organizations will partner to feature regular Hershey Bears content on the FOX43 Sunday Sports Frenzy show, which airs Sunday evenings at 11 p.m. as well as digital content online and via social media.