This week's coaches are from Central Dauphin and Central York! 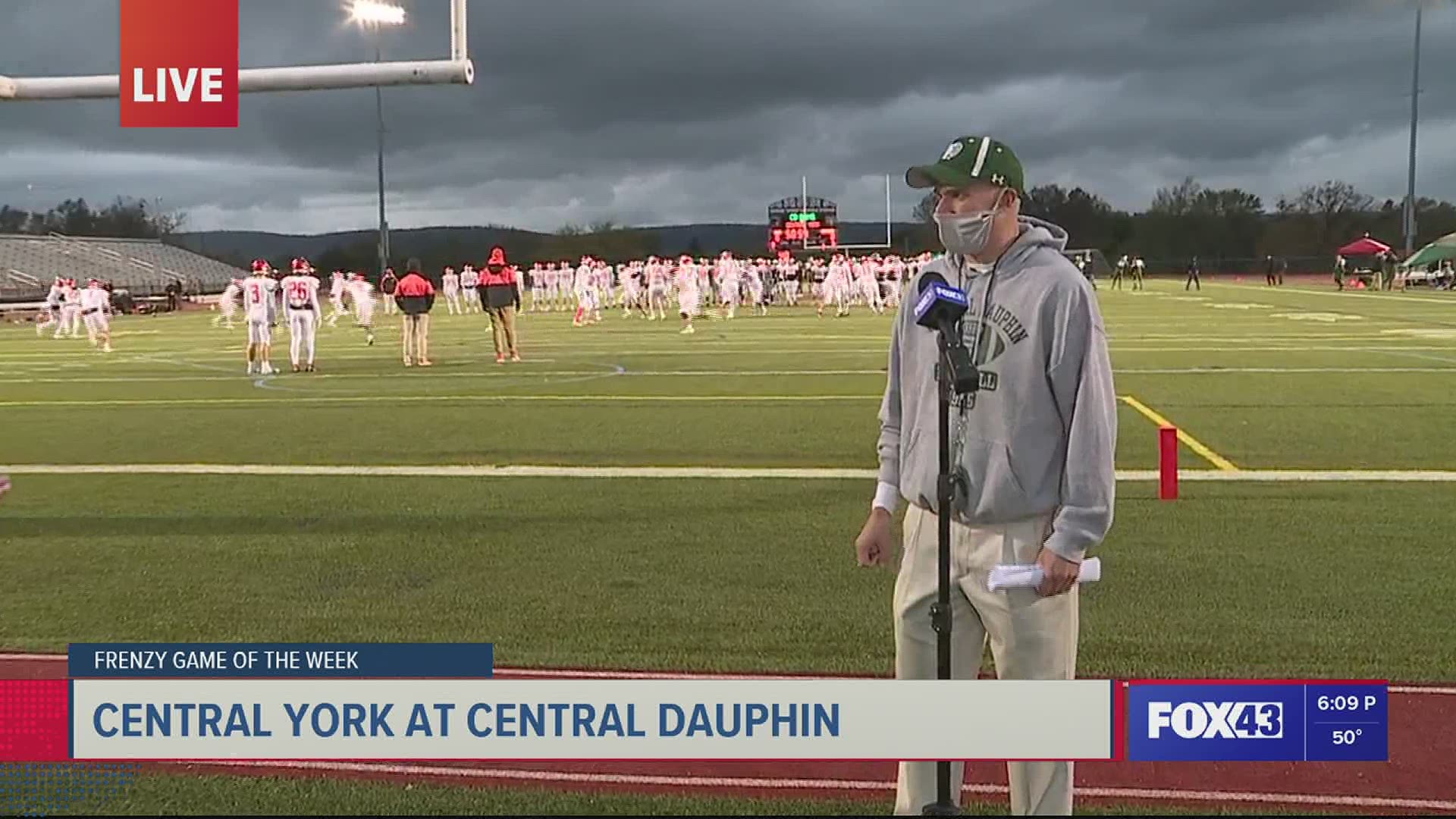 PENNSYLVANIA, USA — This week's coaches are from our Game of the Week, featuring Central York at Central Dauphin!

You can read a preview of the game below:

The winner of this one advances to the title game next weekend, where they'll face York, which got a free pass to the finals after Harrisburg pulled out due to COVID-19 quarantine on Tuesday.

Central York's Air Raid offense, installed by first-year coach Gerry Yonchiuk, has been putting up crazy numbers all season. The Panthers lead the YAIAA in scoring (59 points per game) and are second only to York High in total yards (417 per game). Junior QB Beau Pribula, who is verbally committed to Penn State, has shredded opponents for 1,170 yards and a league-high 24 touchdowns on 78-of-107 passing.

But lost in all that hoopla is the fact that Central York's defense has also been on fire all season. The Panthers have given up just 10 points all season, an average of 1.7 per game. Their average of 141 yards allowed per game is second in the YAIAA. 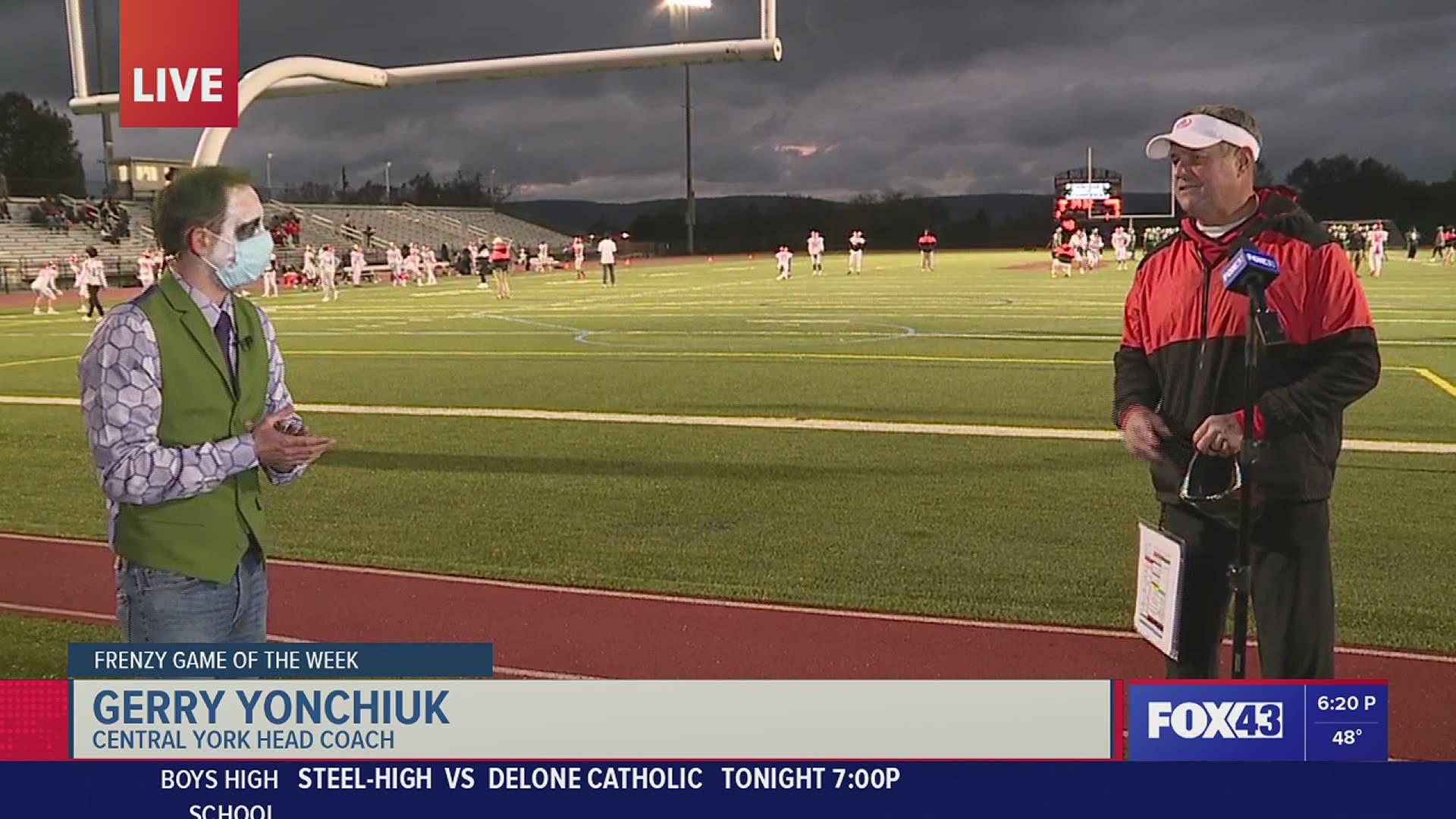 The top-seeded Rams are trying to defend the district crown they won in an instant-classic overtime thriller at Manheim Township last season, and appear well-equipped to do so. Junior quarterback Max Mosey has completed 54 of 84 passes for 857 yards and 12 touchdowns, while the rushing tandem of Shamarr Joppy (24-317, 4 TDs) and Timmy Smith (60-464, 4 TDs) powers the ground game. Malachi Bowman (19-283, 4 TDs) is Mosey's top target on the flanks.

CD roared through its abbreviated Mid-Penn schedule, demolishing opponents by an average margin of 35.8 points per game.

Central York has never won a district title. The Panthers are trying to get to the championship for the first time since 1990.

Central Dauphin is second straight Class 6A trophy and its fifth title overall.