This week's coaches are from Solanco and Warwick! 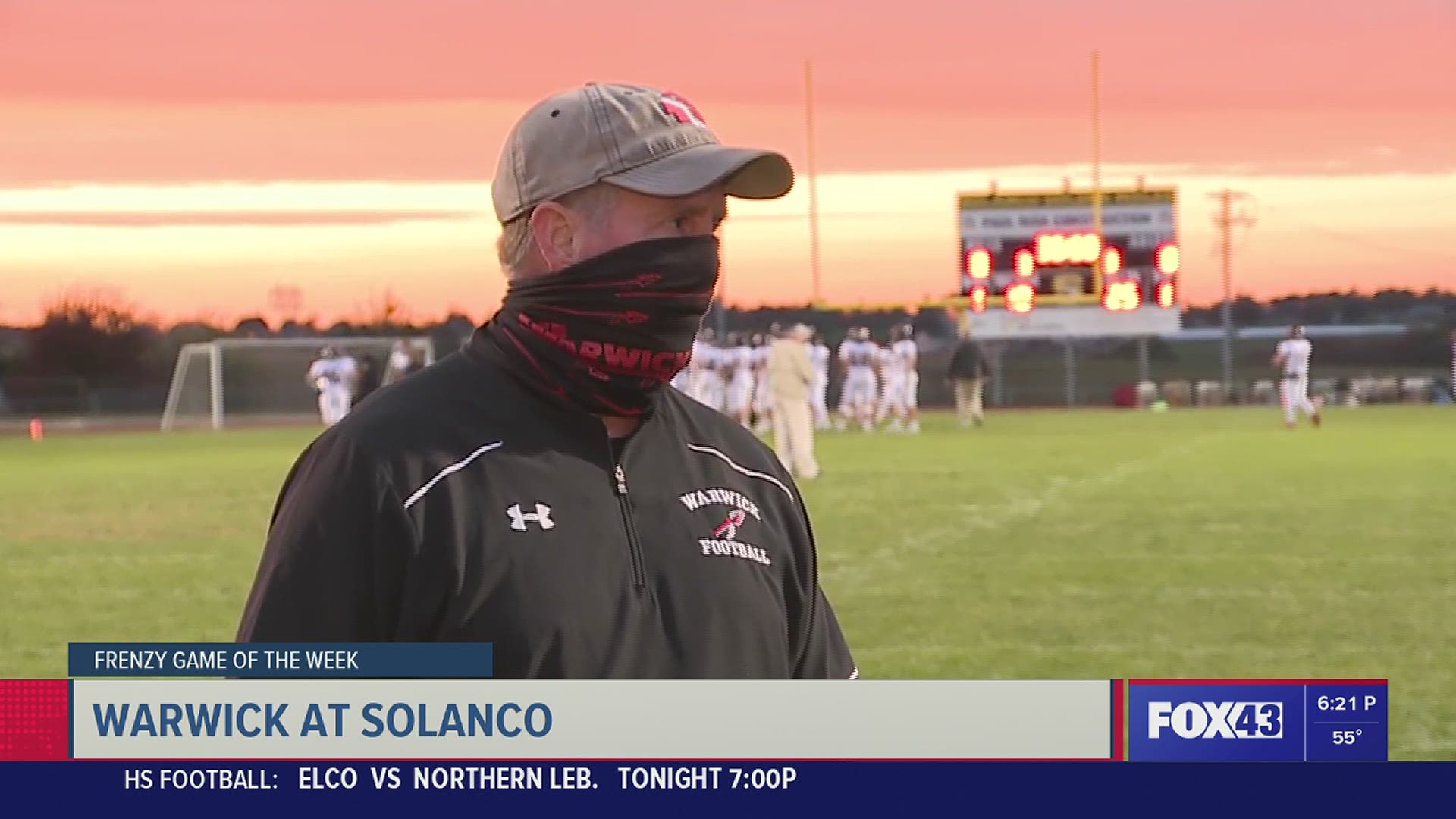 First place in Section 2 of the Lancaster-Lebanon League will be on the line Friday when the red-hot Warriors visit Quarryville to take on Solanco. It’s the first time these teams have seen one another since 2003.

FOX43 will preview all the action live from Quarryville at 6 p.m. with the High School Football Frenzy show.

To upend the unbeaten Warriors, Solanco will have to find a way to slow down Warwick QB Joey McCracken, who has 520 passing yards and three touchdowns through four games. Colton Miller has rushed for 339 yards and a league-leading 13 touchdowns and Caleb Smitz has a league-high 25 catches for 365 yards and two scores, so Warwick is far from a one-man show.

The Golden Mules have won three in a row since falling 47-15 to Section 3 leader Lampeter-Strasburg in its season opener. Those three wins -- over Elizabethtown, Cocalico, and Manheim Central -- have come by a combined total of 16 points, so Solanco is used to playing in nail-biters. 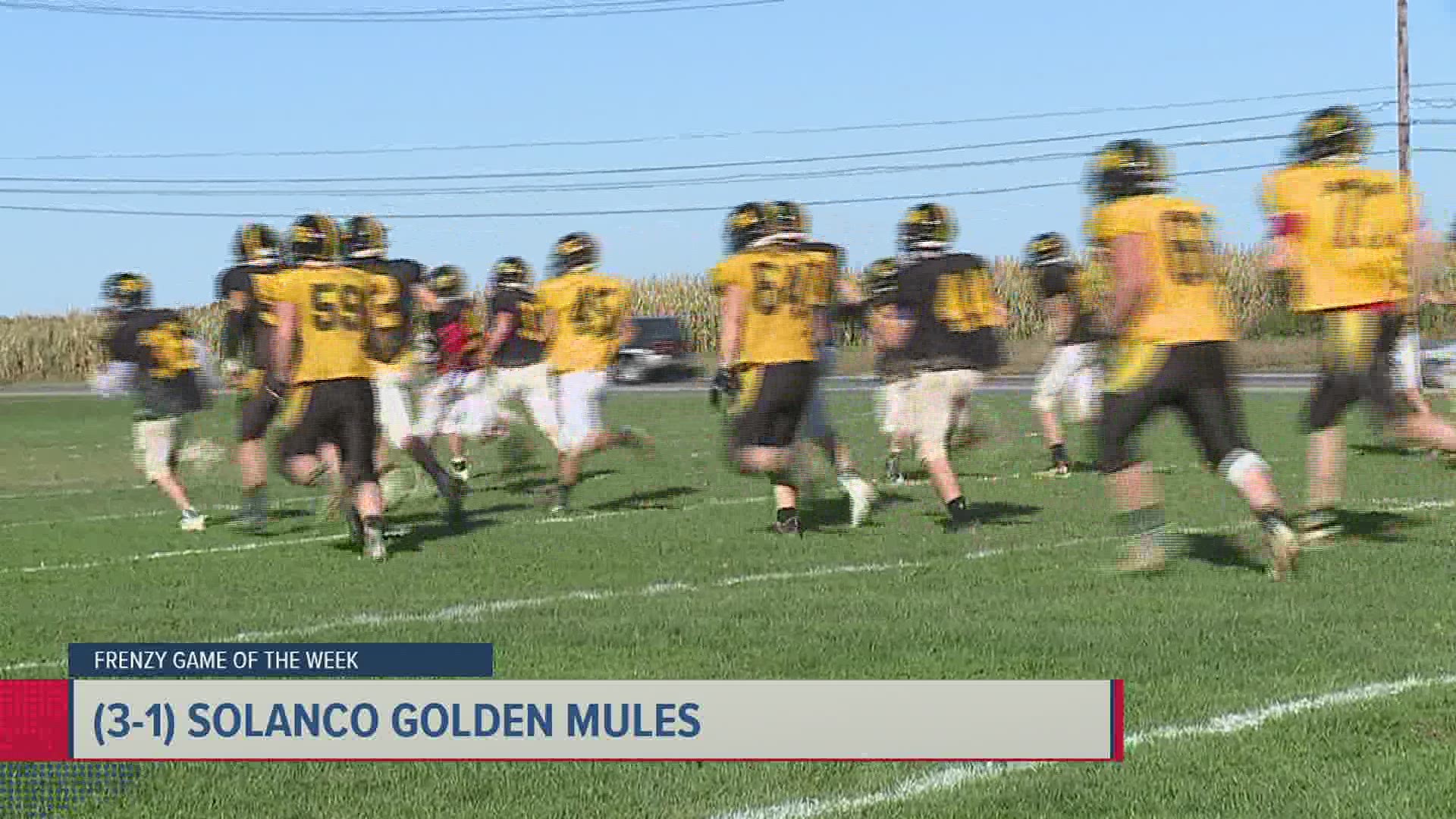 The Mules have the league’s third-ranked rushing attack, with three guys carrying for at least 250 yards -- QB Mason St. Clair, Ronnie Fulton, and Zachary Turpin. That trio has a combined 16 touchdowns.

Solanco will need that ground game to be effective if it wants to chew up the clock and keep that potent Warwick offense off the field.

You can check out our coaches interviews in the clip above.