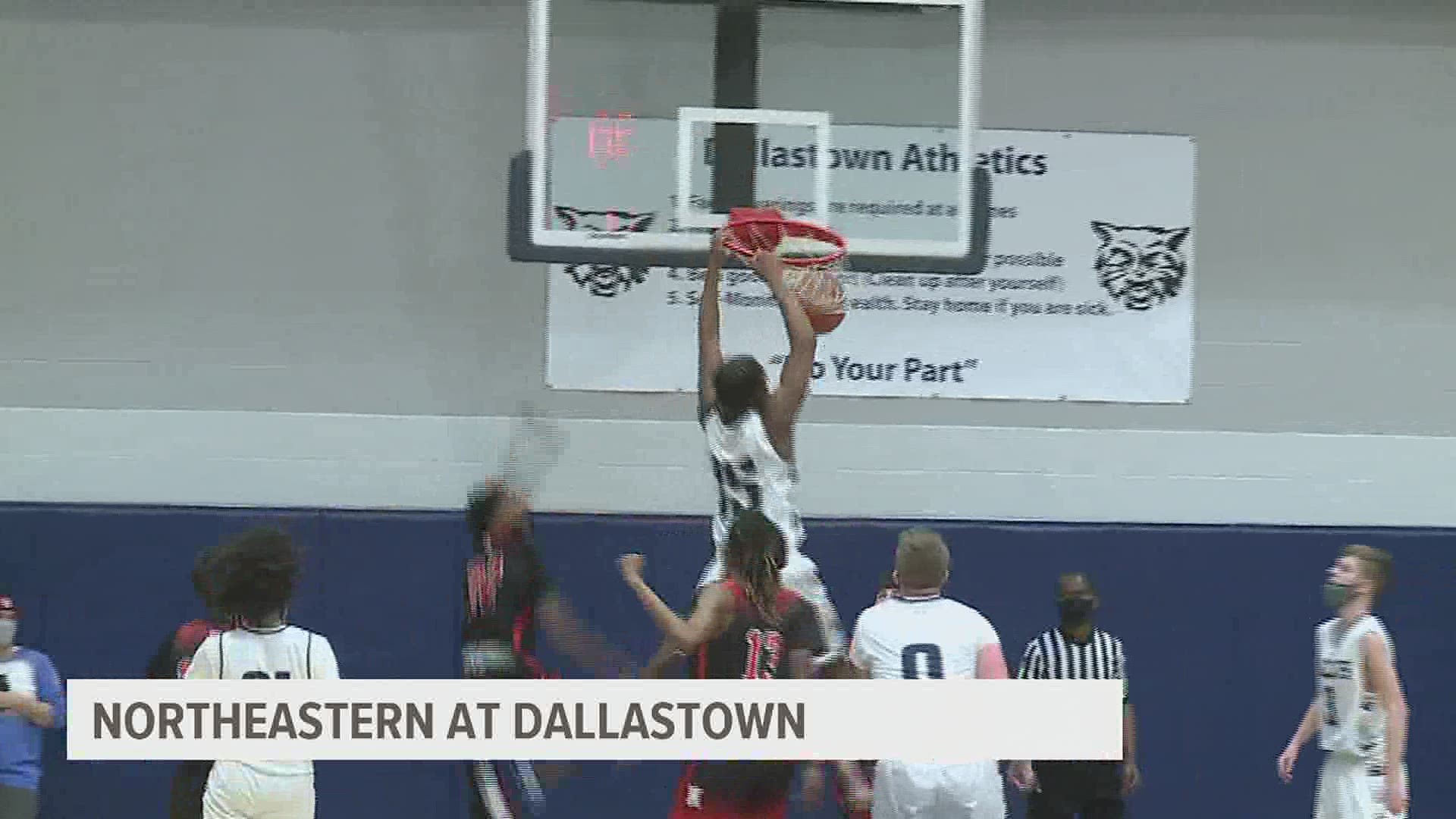 YORK, Pa. — Coming into Tuesday night Ephrata sat atop the Section II standings in the Lanc-Leb.  A win at home against Conestoga Valley would put them in poll position as they await Elizabethtown to finish their league games.

Early on in this one Ephrata was trailing the Buckskins but Jasmine Griffin found her rhythm, first by slicing through the defense for a lay-in and then on an almost identical play she threaded one to Olivia Fedorshak for a easy bucket.

Conestoga Valley lead into the second quarter but thanks to Griffin's passing, and the up tempo from the Mounts they pulled away for a 50-20 victory.

Over to the boys side in the York-Adams, the feature was a battle for first place in Division I as Central York visited Red Lion.

Panthers love to the play the passing lanes and Ethan Dotson did just that as he took one the other way and an early Panther lead.

While Central York put in every effort to win the hustle plays, Red Lion was just too big in this one. Davonte Dennis used his size to create space on an up and under and Mason Urey took advantage of his body underneath on their way to a 58-42 victory and sole possession of first place.

Northeastern and Dallastown squared off in an important game for the District III power rankings. If the playoffs were to start today Northeastern would be in the 5A bracket but Dallastown would be out in 6A tournament. With that in mind Dallastown came out fired up as Jayden Green stuffed one home from the baseline. The Wildcats would lead by 20 at one point.

Northeastern chipped their way back in with buckets from Dayon Walker and a press to create opportunities.

In the high risk high reward situations Michael Dickson found himself open and continued to stay hot for Dallastown burying clutch shots as the Wildcats grabbed an important 59-52 victory.