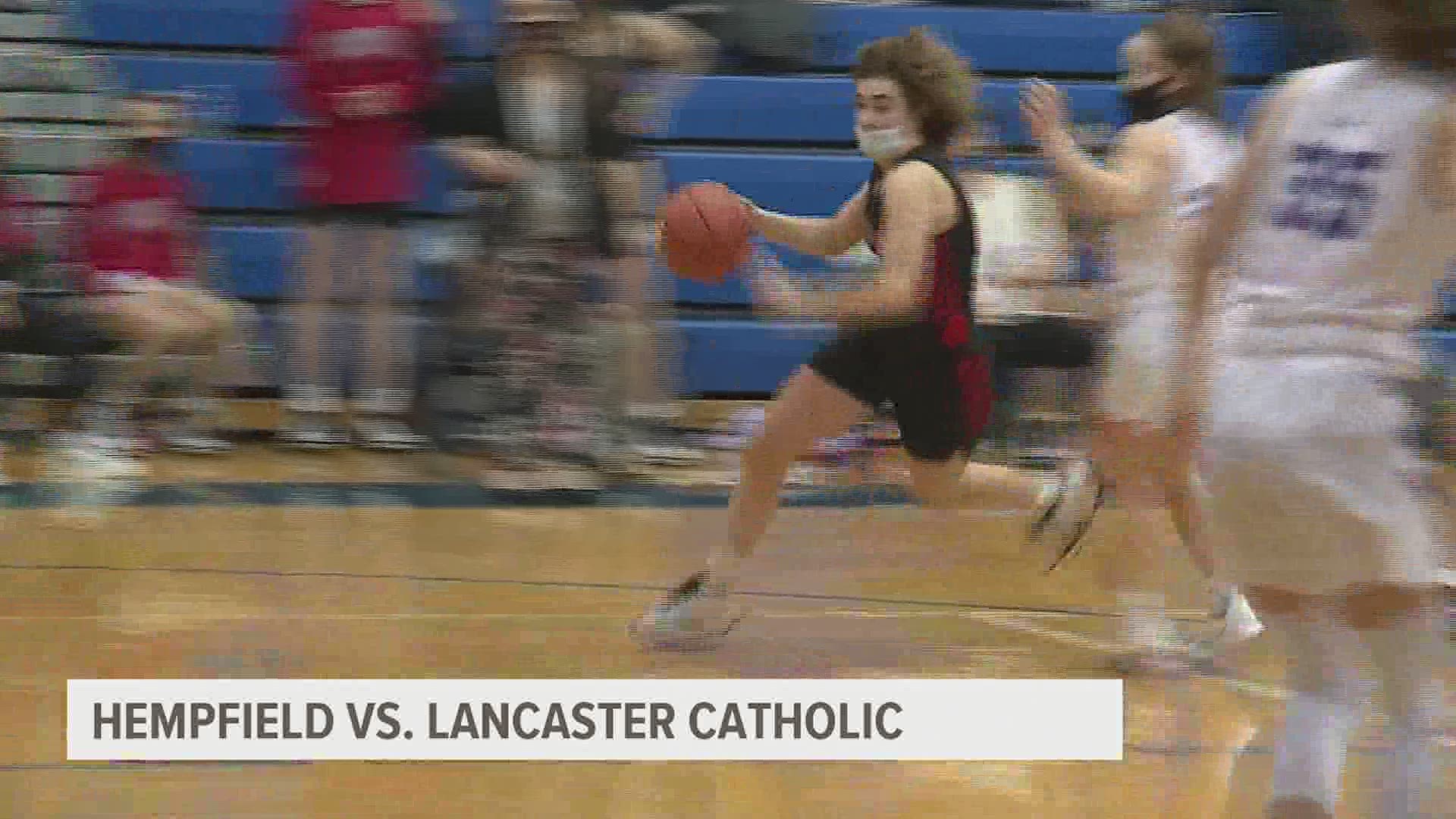 NEFFSVILLE, Pa. — The Lancaster -Lebanon girls basketball hoops season is over and the Hempfield Black Knights are your 2021 league champs. That is your boring headline.

The reality of this game is that ten years from now people will gather and still talk about this game.

Lancaster Catholic has been dominant the past couple seasons claiming Section titles, league championships, District III gold and state gold along the way.

The first half completely belonged to the Crusaders. Rylee Kraft and Naomi Zulueta were an unstable force down low. You had the feeling this game was going to be all Catholic when Jeriyah Johnson's shot from the corner hit more iron than is in a smelter in a midwestern steel mill. 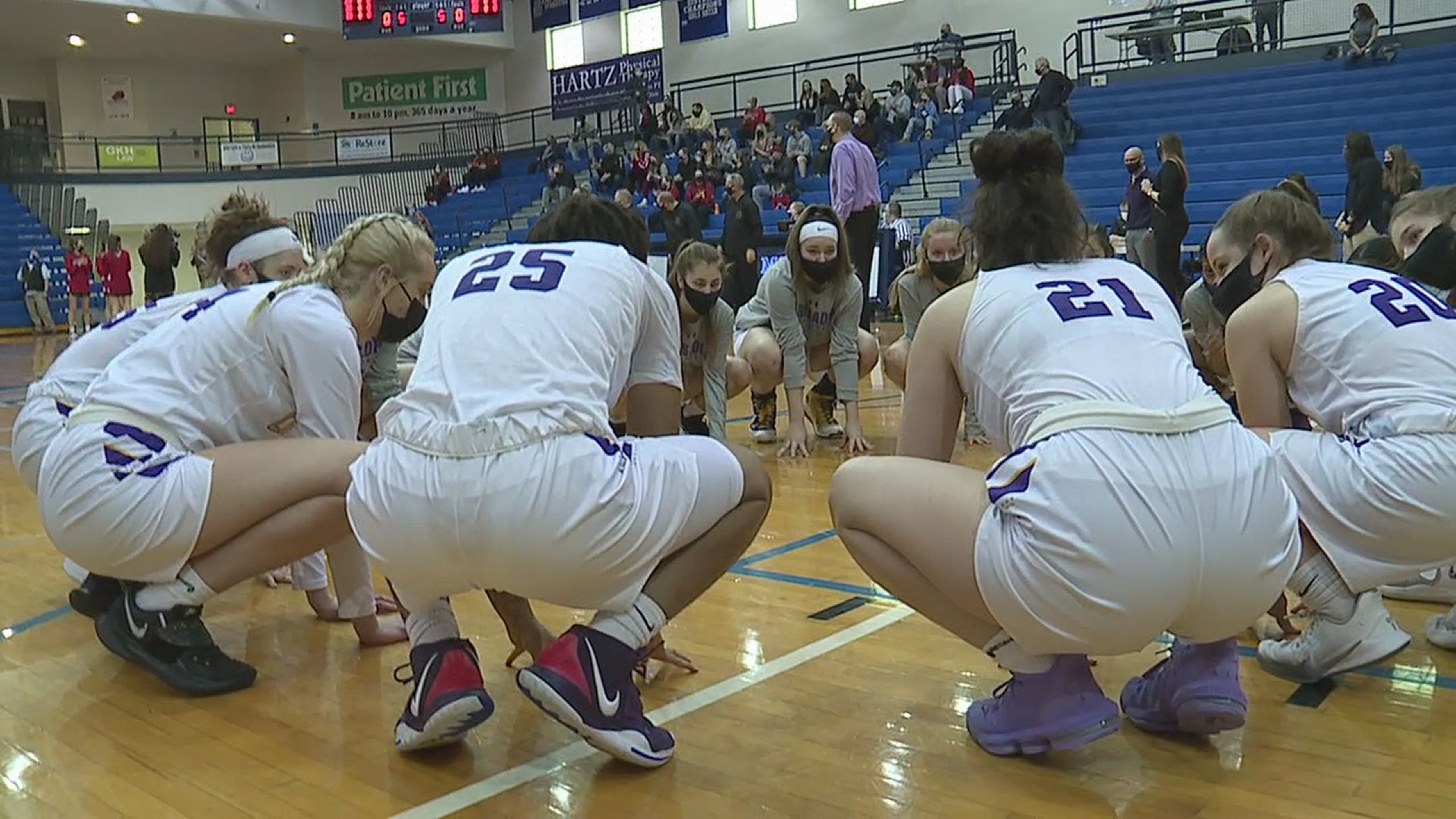 Coach Kendra Merrifield’s girls did not quit. In the locker room they said this is their time and stormed back to close the gap.

A Lauren Moffatt three ball from the corner pocket cut the deficit to four and had folks in attendance believing their third period run was special. Sophia Ott then beat the third quarter buzzer and with a fist pump and smile, Hempfield went to the bench down just a point.

The first 410 seconds of the fourth quarter seemed to close that game. Lancaster Catholic jumped out to a 44-33 lead behind the dominant play of Naomi Zulueta who scored whether taking it to the rack or stepping back off the dribble.

With under four and a half minutes left, Hempfield came charging back. Orianna Edmond scored down low on a power move and as the neverous Hempfield fans looked on, Brynn Axe stepped back for a corner three.  And just like that this game was tied at 48 on its way to overtime.

The extra session was all Hempfield needed as they played suffocating defense and Jessica Weinoldt scored on a drive that started well outside.  It was the cherry on top as Hempfield outscored Lancaster Catholic 12-3 in OT on their way to a 60-51 victory.