The final week of the regular season is upon us, hard as that might be to believe. But with a few division championships still up in the air, and position in th... 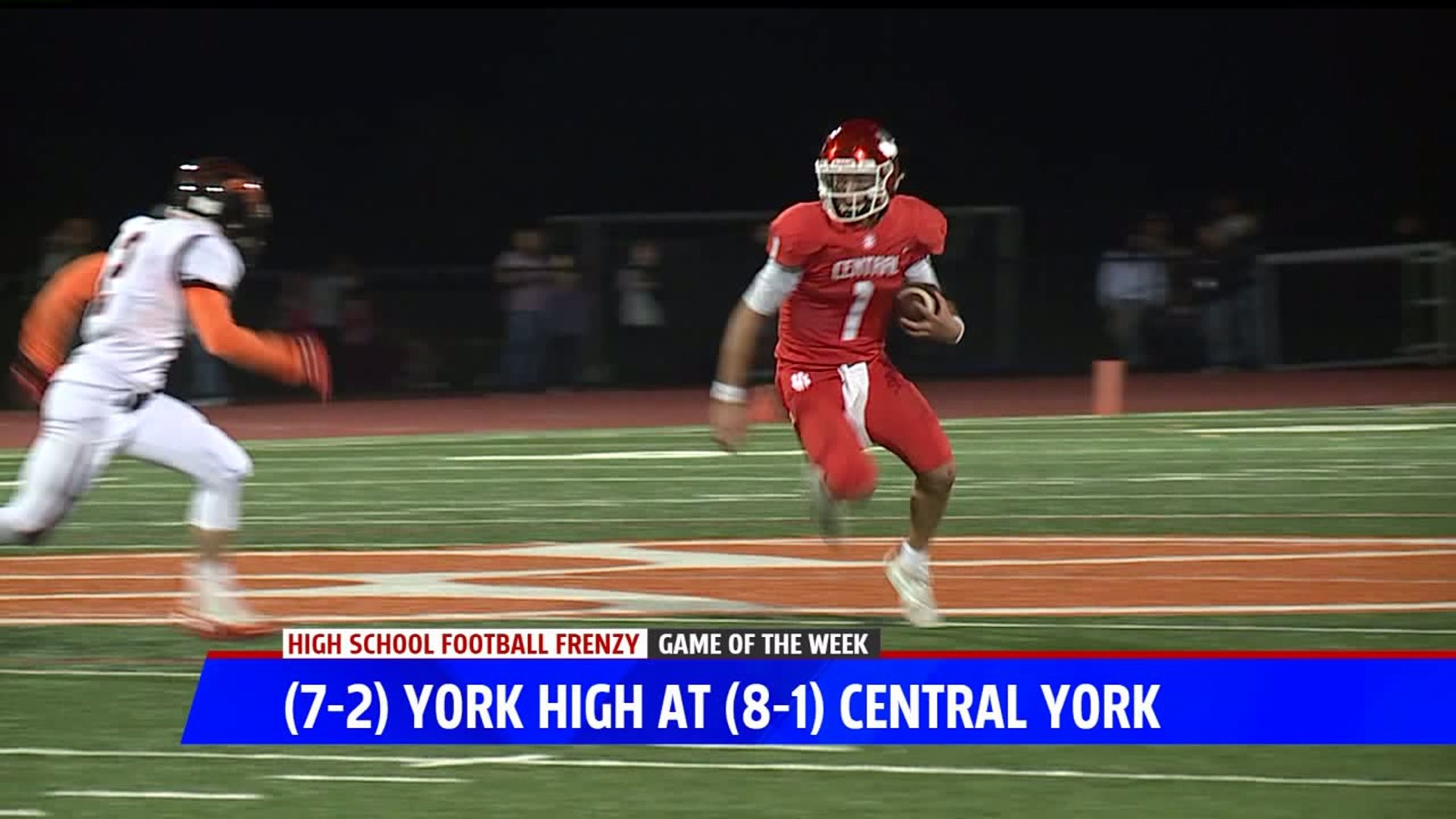 The final week of the regular season is upon us, hard as that might be to believe.

But with a few division championships still up in the air, and position in the upcoming District 3 playoff brackets still to be finalized, there are still some big games on the docket Friday night.

Here are some of the top games we'll be following in Week 10:

The YAIAA Division I championship is on the line in this one, as well as seeding in the upcoming District 3 playoffs. York and Central York are both undefeated in the division, so Friday night's winner has the title all to themselves. Both teams have already clinched berths in their respective classes, but they're both trying to earn home-field advantage in the first round -- something that's still up in the air.

York's big guns include QB Tobee Stokes and RB Tyrell Whitt, both of whom rank among the league's top 10 rushers. Stokes has 647 yards and 10 TDs on 75 carries, while Whitt has racked up 733 yards and five scores on 88 attempts. Kelvin Matthews (41-297, five TDs) is another weapon for the Bearcats.

York has won six straight since falling 17-14 to Cedar Crest in Week 3. The Bearcats also fell 42-7 to Pittsburgh Central Catholic in its season opener. They're coming off a 32-7 victory over Northeastern last week.

Central's only loss was a 13-12 setback against Cumberland Valley in Week 2. The Panthers have won seven in a row since.