HARRISBURG — After a pair of thrilling victories in the semifinals, Mid-Penn Commonwealth Division foes Harrisburg and Central Dauphin will renew their ri... 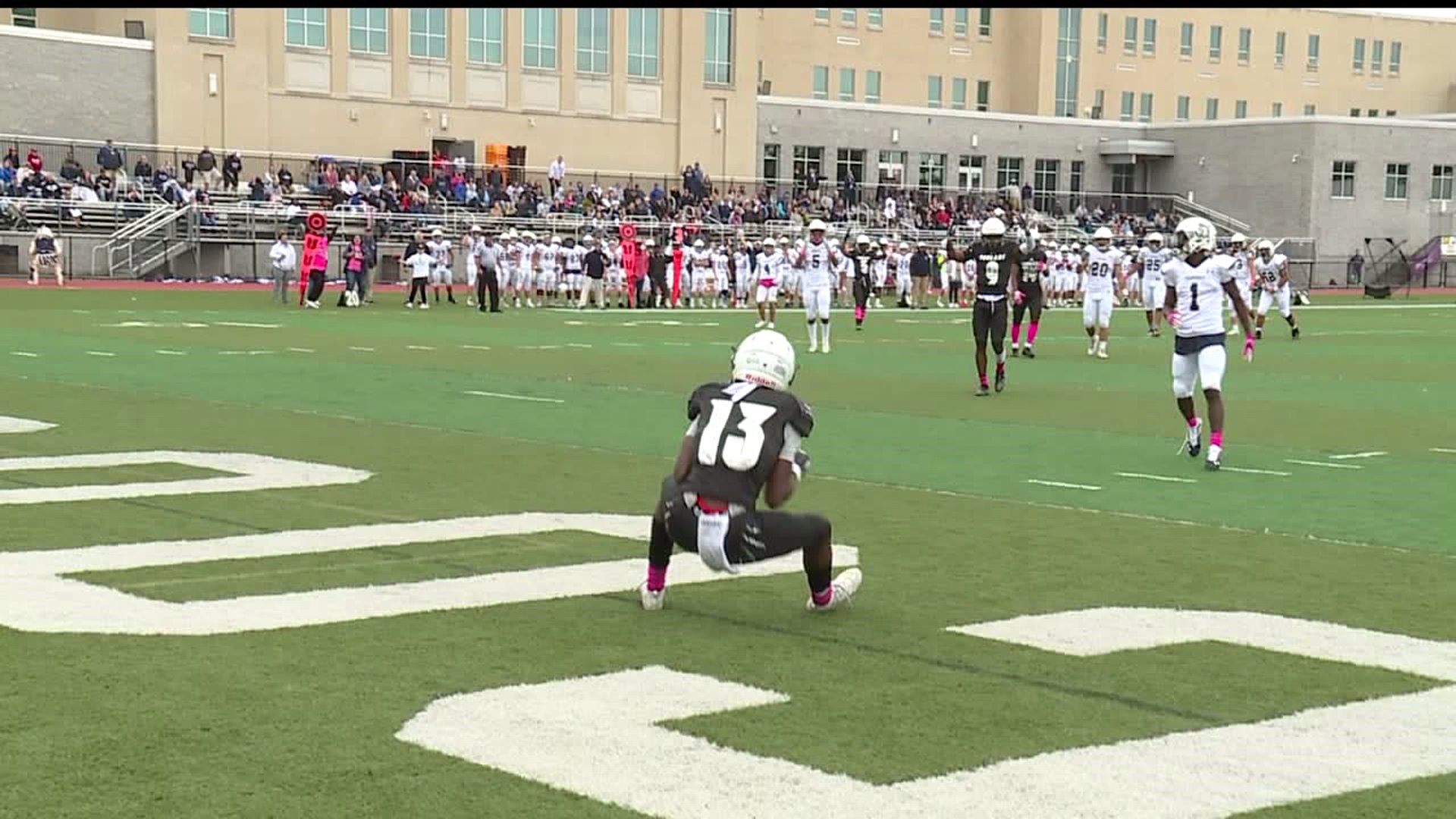 HARRISBURG -- After a pair of thrilling victories in the semifinals, Mid-Penn Commonwealth Division foes Harrisburg and Central Dauphin will renew their rivalry Friday night in the District 3 Class 6A championship game.

The game will be played Friday at 7 p.m. at CD's Landis Field. It is the FOX43 High School Football Frenzy Game of the Week.

It will be the second meeting of the season for Harrisburg and CD. The Rams took the first game, 15-14, but the victory did not come without controversy. The Cougars and their partisans are likely still steaming from what they believe was a game-clock malfunction that denied them a chance to run one final play from the Rams' 2-yard-line after receiver Kyrell Williams ducked out of bounds.

CD and its fans will point to the fact that -- clock controversy aside -- Harrisburg committed six turnovers and had eight penalties, and maybe a team that makes that many miscues shouldn't have been in a position to win in the first place.

No matter which side of the debate you fall on, there's no doubt Friday's return engagement will be a great one.

Central Dauphin advanced to the championship game with an instant-classic 35-34 double-overtime victory at Manheim Township last week. The Rams rallied from deficits of 14-0 and 21-14 to force overtime, tying the game with an epic drive capped by a three-yard pass from sophomore quarterback Max Mosey to Nick Chimienti in the final minute of regulation.

Timmy Smith scored twice for the Rams in overtime. The difference of the game was a missed PAT kick by the Blue Streaks after their second overtime touchdown. After Smith's second score, a six-yard TD run, CD kicker Zach Pomeroy calmly booted the extra point to send the Rams to the title game.

Smith finished with 49 yards and two scores on 12 carries, while Mosey had 205 passing yards, a team-high 84 rushing yards and a pair of TD throws to Chimienti, who finished with 180 yards on eight catches.

Elijah Vargas added a 50-yard scoring run for the Rams, who won their ninth straight.

Harrisburg knocked off top-seeded Wilson 33-29 in the semifinals, surviving a last-ditch effort to win the game by the Bulldogs, who had driven to the Cougar 6-yard line and had one untimed play with all zeros showing on the game clock after Harrisburg was flagged for defensive pass interference in the end zone.

Wilson tried one last pass from QB Kaleb Brown, but the throw was just out of the reach of Bulldog receiver Avanti Lockhart, allowing Harrisburg to escape with a hard-earned victory.

Harrisburg QB John McNeil completed 12 of 17 passes for 304 yards and three touchdowns in the victory for Harrisburg, adding a team-high 66 yards on the ground. Donte Kent caught five passes for 163 yards and a touchdown, while Kamere Day (4-135) and Treveon Carey hauled in TD passes as well.

Central Dauphin is 28-18 overall in its District 3 playoff history. The Rams have won three championships in seven title-game appearances.

Harrisburg has a 19-14 record in the district playoffs and has also won three district titles. The Cougars are in the championship game for the sixth time.