The District 3 playoffs continue with 12 matchups Friday night and one contest Saturday afternoon, and FOX43 will be in the midst of it. This week’... 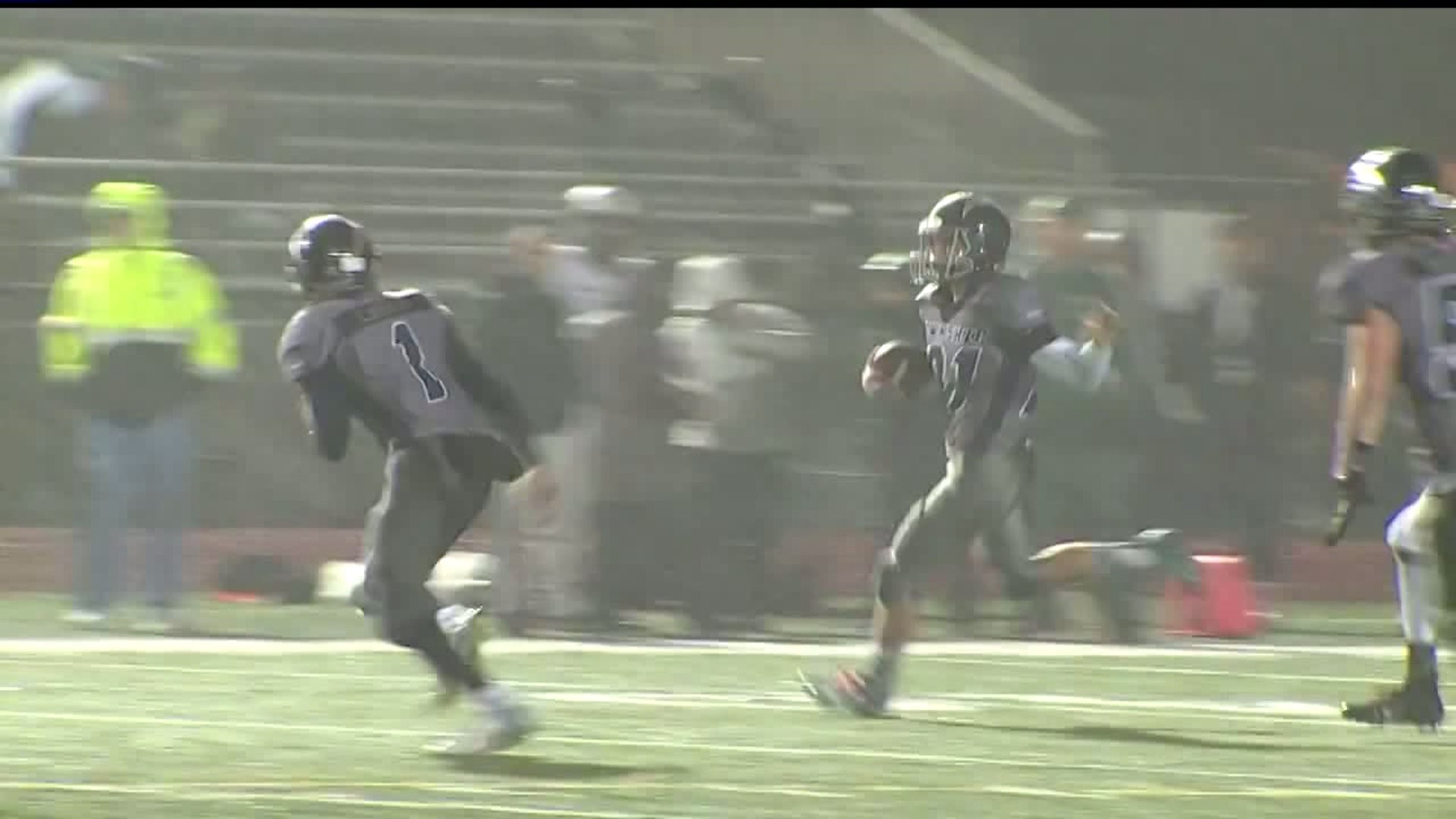 The District 3 playoffs continue with 12 matchups Friday night and one contest Saturday afternoon, and FOX43 will be in the midst of it.

This week's High School Football Frenzy will be LIVE at 6 p.m. from the site of our Game of the Week: the Class 6A semifinal showdown between Central Dauphin and Manheim Township in Neffsville, Lancaster County.

But that's far from the only juicy matchup on this week's docket.

Here are five games we'll be keeping a close eye on this week:

They might play in two different conferences, but there's certainly no lack of familiarity between the Rams and the Blue Streaks, who have met 14 times over the last 10 seasons -- including a non-conference clash earlier this year. While Manheim Township won this year's matchup 10-7, Central Dauphin holds a 10-4 advantage since 2010. The Rams defeated Township 37-0 in last year's district playoffs, avenging a regular-season loss to the Streaks.

Township would love to avenge that defeat -- and wipe away the sting of last week's narrow 32-26 escape against Cumberland Valley in the quarterfinals. The Streaks trailed 13-0 early and were down by nine points in the fourth quarter before rallying to defeat the Eagles. Township turned the ball over four times in an uncharacteristically sloppy performance.

Still, a win is a win -- and the Streaks haven't lost yet this season. Township boasts the L-L League's top offense (416 yards and 50.2 points per game) and its stingiest defense (129 yards and 8.1 points per game) and one of its top quarterbacks in senior Harrison Kirk, who has passed for 2,234 yards and 21 touchdowns while completing 133 of 216 attempts.

Central Dauphin, the No. 3 seed in the 6A bracket, hasn’t lost since that Week 3 heartbreaker against Township.  The Rams roll into the rematch riding an eight-game winning streak. They shook off a 1-2 start (they also fell 21-13 to Wilson in their season opener) to capture the Mid-Penn Commonwealth title, and buried Cedar Crest 36-6 in last week’s quarterfinals, led by a two-touchdown performance from running back Timmy Smith and a swarming defense that generated four turnovers and two scores in the third quarter.

Sophomore QB Max Mosey has completed 109 of 170 passes for 1,606 yards and 13 TDs with just two interceptions this season. Smith is the Rams’ top rusher, with 809 yards and eight scores on 127 attempts. Senior Nick Chimienti has a team-high 39 catches for 735 yards and six TDs.