The winter sports season began this week for high schools across the state, but for five high school teams in Central Pennsylvania, football season is still goi... 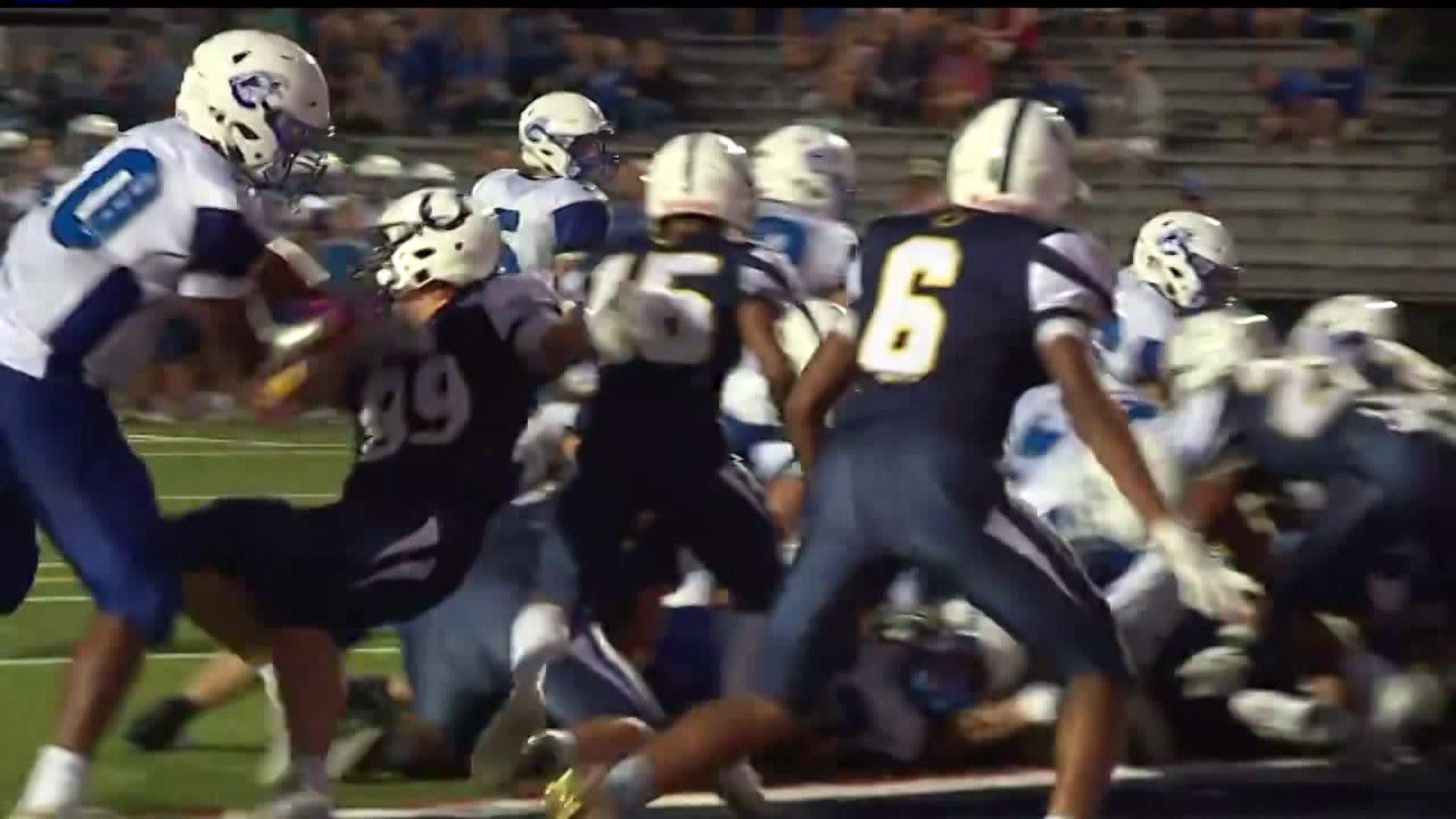 The winter sports season began this week for high schools across the state, but for five high school teams in Central Pennsylvania, football season is still going strong.

Meanwhile, District 3 Class 2A champ Upper Dauphin will open the state playoffs with a quarterfinal matchup against Southern Columbia -- Pennsylvania's most successful program over the last four decades.

The District 3 Class 6A champ, Central Dauphin, is idle this week after receiving a bye through the state quarterfinals. The Rams will take on the winner of Friday's clash between Coatesville (10-2) and Downingtown West (12-1) in the semifinals next week at a site and time to be determined.

Here are previews of Friday's games:

Note: Friday night's showdown in Denver will be the FOX43 High School Football Frenzy Game of the Week. Tune in at 6 pm for our breakdown of the game!

The top-seeded Eagles fought their way into the championship game with a 21-13 victory over Warwick in last week's semifinals, rallying from a 13-0 deficit midway through the second quarter. Cocalico's defense forced a pair of turnovers, including a key fumble as the Warriors were driving for what might have been a back-breaking score late in first half.

Noah Palm rushed for 130 yards and a pair of touchdowns, including a huge 63-yard TD run on fourth down that gave the Eagles the lead for good in the second half. Palm also completed four of seven passes for 84 yards and a touchdown and came up with a key second-half interception for the Eagles, who won their sixth straight game and booked their second straight trip to the district final. Cocalico lost 48-14 to Manheim Central in the Class 4A title game last year.

Palm, a University of New Hampshire recruit, leads Cocalico with 1,316 yards and 30 touchdowns on the ground, and has completed 47 of 73 passes for 1,001 yards and nine scores. A two-way starter, he has also scored two defensive touchdowns from his spot in the Eagle secondary.

Ronald Zahm is another weapon to watch for the Eagles; he's second on the team in rushing (55-627, four TDs) and the team's leading receiver (28-664, eight TDs). Steven Flinton (70-572, six TDs) is also a key contributor in the Eagles' Veer option offense as well.

Cedar Cliff, the No. 2 seed, earned its second crack at Cocalico this season with a 24-0 victory over No. 11 Exeter Township in the semifinals. It was the Colts' ninth straight victory. They started the season 1-2, and fell 43-13 to Cocalico in Week 2.

Against Exeter, running back Jaheim Morris continued his spectacular season with a 25-carry, 164-yard rushing effort that included a 26-yard TD run. Morris, the Mid-Penn Conference's top rusher, has racked up 2,329 yards and 26 touchdowns on 347 carries this season. But teams that focus solely on shutting him down are playing with fire, because Colt QB Gannon McMeans has gotten better and better as the season progressed. He completed 11 of 17 passes for 128 yards and two scores last Friday, and has 1,350 yards and 14 touchdowns on 102-of-198 passing for the season.

Cedar Cliff is back in the championship game for the first time since 1996, when the Colts defeated Wilson 38-13 to capture their second district title.

Cocalico is making its 10th appearance in the championship game. The Eagles have won two district titles, their most recent in 1994. They are winless in their last five title game appearances.