OTHER GAMES TO WATCH Mechanicsburg (5-3) at Bishop McDevitt (5-3) This matchup probably won’t affect the outcome of the Keystone Division championship, bu... 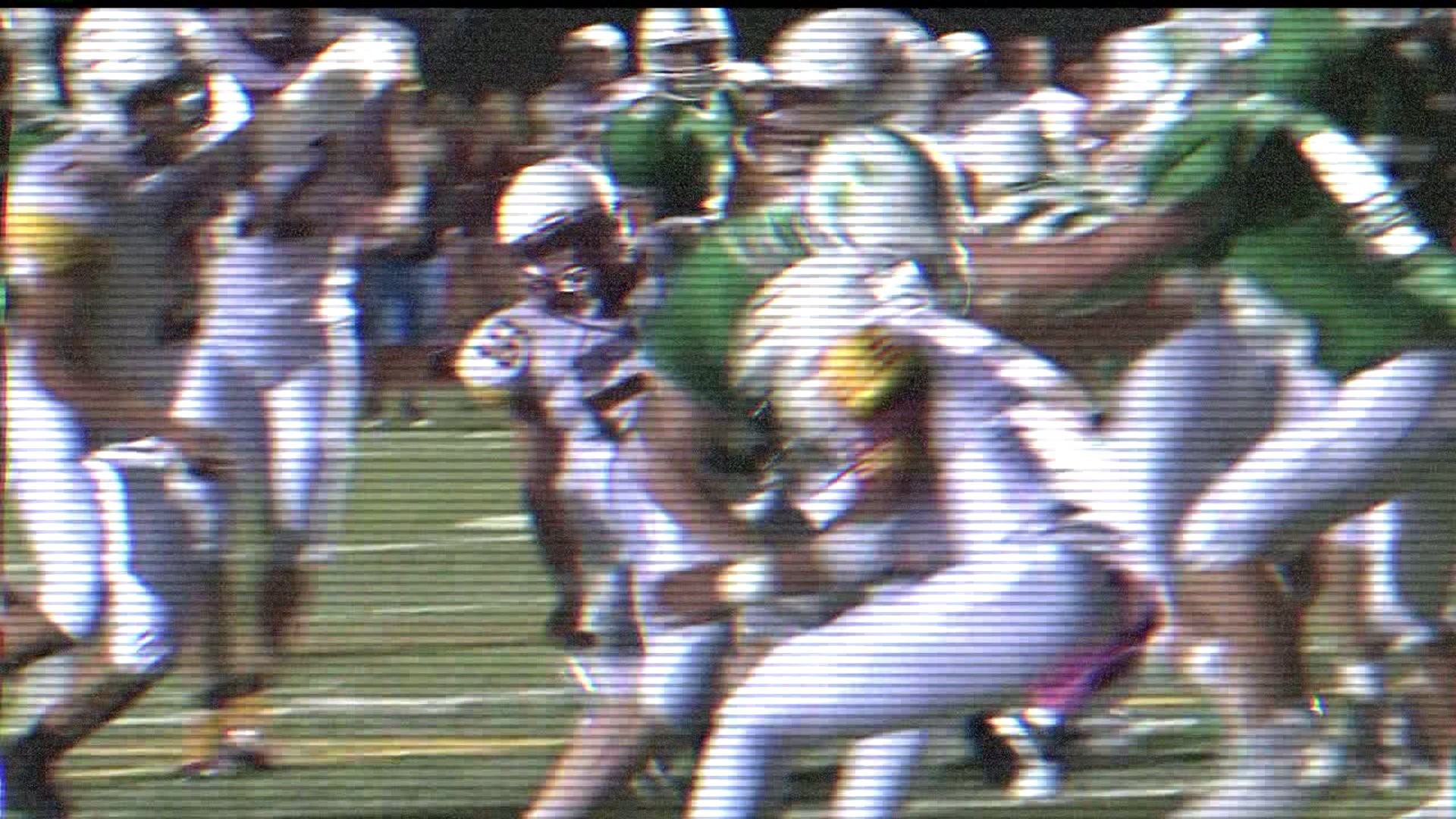 This matchup probably won't affect the outcome of the Keystone Division championship, but it could have major District 3 playoff implications.

McDevitt is currently ranked seventh in the Class 4A power rankings, which are used to determine the 10-team playoff field. A loss Friday wouldn't necessarily be fatal for the Crusaders, but it would likely eliminate the possibility of a first-round bye for them and could make their Week 10 matchup with Susquehanna Township a must-win, depending on how the teams below them in the rankings fare this week.

Mechanicsburg's playoff position is much more precarious in Class 5A. The Wildcats are currently ranked No. 13, and 14 teams make the cut. A loss on Friday could scuttle Mechanicsburg's playoff chances, depending on how the teams immediately below them -- Waynesboro (4-4) and Red Land (4-4) -- fare on Friday. The Wildcats face winless Lower Dauphin in Week 10, but beating the Falcons won't do much to boost their power ranking. Beating McDevitt would.

Mechanicsburg's players to watch in the matchup include RB Keegan Neill, who has rushed for 422 yards and three scores on 95 carries, and QB Micah Brubaker, who has completed 49 of 77 passes for 774 yards and 10 scores.

Heading into last week, there was a three-way tie between Lancaster Catholic, Donegal, and Lebanon for first place in Section 3. The Crusaders were the only ones who handled their business, burying Northern Lebanon 63-0 while the Indians fell to Annville-Cleona (45-35) and the Cedars were defeated by Ephrata (24-22). That leaves Catholic alone atop the standings with two regular-season games left.

But Donegal can still put itself in position to earn a share of the Section 3 title with a road win over the Crusaders this week. The Indians' District 3 playoff hopes could also hinge on the outcome, so the stakes are high.

This matchup pits Donegal's rush-heavy Wing-T offense against the Crusader rushing defense, which has yielded a section-low 577 yards this season. The Indians average 230 yards per game on the ground, and will need big performances from its backfield trio of Joe Fox (129-812, eight TDs), Garrett Blake (99-579, five TDs), and Mason Ober (75-354, five TDs).

Catholic's offense averages 363 yards per game, and is piloted by QB Gavin Sullivan, who has completed 45 of 78 passes for 783 yards and six touchdowns and rushed for 346 yards and three scores on a team-high 103 attempts. The tandem of Jeffrey Harley and Alex Cruz have combined for 1,301 yards and 19 touchdowns on 161 carries.

Donegal is currently ranked 11th in the District 3 Class 4A power rankings, and only the top 10 teams make the playoffs. Catholic is No. 3 in the Class 3A rankings; the top six teams get in.

With the L-L League Section 1 title likely Manheim Township's to lose, these two former contenders are likely looking ahead to the postseason, where both are jockeying for position on the Class 6A bracket. Cedar Crest is currently No. 6, while Wilson is ranked No. 2.

For Cedar Crest to avoid having to go on the road in the first round of the playoffs, the Falcons would have to jump all the way up to No. 4 in the rankings. That's a tall order, but beating Wilson would certainly give them a ratings boost. Should they fall at home against the Bulldogs, they could still ensure themselves a berth by beating winless Garden Spot in a Week 10 Section 1-2 crossover game.

Wilson is sitting pretty at No. 2, and a win over the Falcons would ensure the Bulldogs of home-field advantage in the first round of the postseason. Wilson faces winless McCaskey in Week 10.

There's plenty on the line for both teams in this one, since they're jockeying for position in the District 3 Class 5A playoff field. But the outcome is a little bigger for York, which can set up a Week 10 showdown with Central York for the YAIAA Division I title by knocking off Northeastern.

The Bearcats have won five straight since falling 17-14 to Cedar Crest in Week 3, and they've posted three shutouts during that streak. Last week, York knocked off South Western 28-17. The Bearcat offense averages 355 yards per game, most of that coming on the ground, where the tandem of RB Tyrell Whitt and QB Tobee Stokes have combined for 1,546 yards and 15 touchdowns. Whitt ranks fourth in the league in rushing yards, with 733 on 88 carries. He's also scored five TDs. Stokes has rushed for 647 yards and 10 TDs on 75 attempts, and is No. 7 among York-Adams ballcarriers.

Northeastern was throttled 57-7 by Division I co-leader Central York last week, as its league-leading offense managed just 170 total yards against the league's top defense. That attack will face another challenge this week against York, which allows just 202 yards per game and ranks second in the league behind Central. The Bobcats will have to get York-Adams rushing leader Manny Capo going against York; he was held to 109 yards on 16 carries against Central. Capo has still racked up 1,347 yards and 15 touchdowns on 147 carries for Northeastern.