OTHER GAMES TO WATCH: DISTRICT 3 CLASS 4 A CHAMPIONSHIP Lampeter-Strasburg (10-3) at Berks Catholic (8-4) The Pioneers have cobbled together a tremendous playof... 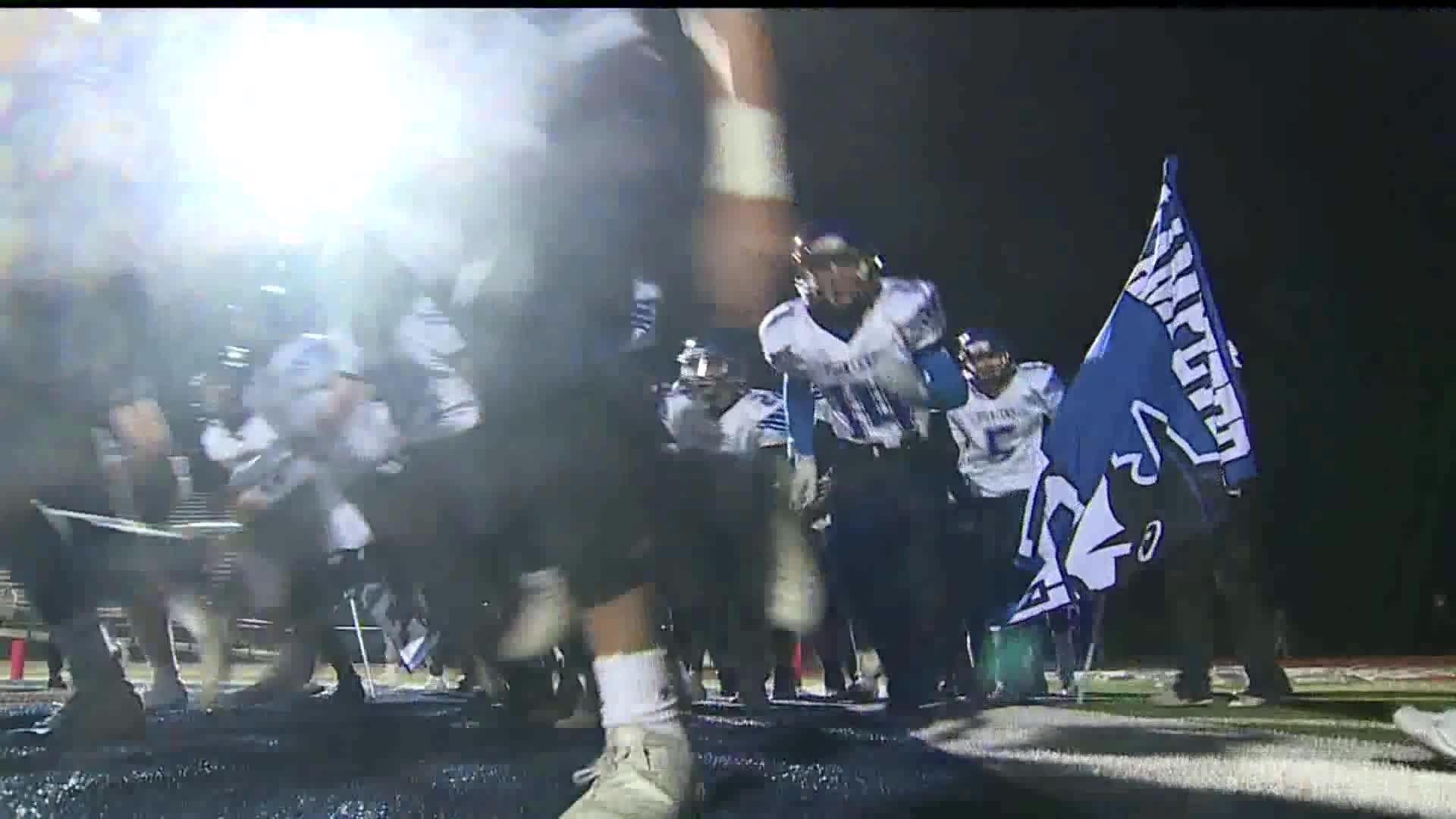 OTHER GAMES TO WATCH:

The Pioneers have cobbled together a tremendous playoff run despite a slew of injuries that would have crippled other teams. L-S played its first-round game with its third-string quarterback, and its last two games without its leading rusher.

In last Friday's semifinal win over Bishop McDevitt, L-S spotted the Crusaders a 20-0 halftime lead before roaring back in the second half. Connor Nolt launched the improbable comeback by hooking up with Alex Knapp for a 94-yard touchdown catch-and-run in the third quarter, then added a pair of scores on quarterback keepers.

It was an amazing victory for the Pioneers, who defeated the 14-time District 3 champions on their home turf after trailing by three touchdowns. It was the first time in five playoff meetings with McDevitt that L-S came away victorious.

For their next amazing stunt, the Pioneers will try to find a way to defeat the Saints, who have won four district titles since 2013 and are making their seventh straight appearance in the championship game.

That looks like a herculean task on paper, but counting out the Pioneers would be a big mistake. Coach John Manion's troops are making their 13th playoff run in the last 14 seasons and have won six out of their last seven games this year, overcoming a hard-luck run of injuries to several key players over that span.

Nolt, who took over the starting job after Sean McTaggart suffered a season-ending knee injury in the Pioneers' season opener, has completed 84 of 169 passes for 1,645 yards and 16 touchdowns this season. Bryan McKim, who has missed the last two games due to injury, leads L-S with 1,111 yards and 15 touchdowns on the ground. Knapp, who has taken over as the featured back with McKim out, has 676 yards and eight TDs on the ground and is second on the team with 24 catches for 410 yards and three scores. Austin Stoltzfus leads all Pioneer receivers with 629 yards and six TDs on 27 receptions.

Berks Catholic finished second to District 3 Class 3A champion Wyomissing in the Berks League Section 2 race in the regular season, falling 23-0 to the Spartans in Week 10. The Saints held off Gettysburg 14-7 in the quarterfinals before knocking off Milton Hershey 49-18 in last Friday's semifinals.

BC held Milton Hershey's prolific offense to just 137 total yards and four first downs while forcing five turnovers. The Saints racked up 368 yards on the ground, paced by a 140-yard, three-touchdown effort from Abdul Macfoy. Colby Newton added 71 yards and three touchdowns on the ground as well.

The Saints have won six of their last seven games. They fell to District 3 Class 6A champ Central Dauphin (31-6), Maryland powerhouse McDonough (38-7), and Philly suburb Malvern Prep (42-7) in the early season, then roared through the Berks League Section 2 slate before they ran into Wyomissing in Week 10.

Macfoy has rushed for 961 yards and 15 touchdowns this season, while Newton has 560 yards and nine TDs on the ground. The Saints rely almost entirely on their running game; quarterback Bradley Hoffman has thrown just 94 passes, completing 34 of them for 400 yards and three scores. Nearly half of Hoffman's completions have gone to Christian Cacchione, who has 15 catches for 248 yards and three TDs.

Southern Columbia needs no introduction to anyone who has followed the PIAA playoffs over the last four decades. In 36 years under legendary coach Jim Roth, the Tigers gone 443-64-2, captured 27 District 4 titles in the last 29 years, and won a record nine PIAA championships, including the last two Class 2A crowns.

Southern Columbia has won 45 straight games and a state-record 85 consecutive regular-season contests. The Tigers' senior class has lost just one game in four years -- the 2016 PIAA Class 2A final against Steel Valley.

This year, the Tigers have shut out 10 of their 13 opponents, winning their games by an average margin of 52.3 points. They stomped Mount Carmel 42-0 in last week's District 4 championship game after blanking the Red Tornadoes 48-0 in their regular-season meeting.

Garcia holds the PIAA record for career rushing touchdowns, with 126. For the season, he has rushed for a team-high 1,476 yards and 24 touchdowns on 91 carries. His younger brother Gavin, a sophomore, is second on the team with 1,296 yards and 23 TDs on 72 attempts.

And then there's Fleming, who has 57 catches for 1,189 yards and 17 touchdowns this season despite Southern Columbia's reliance on the Wing-T offense, which emphasizes the ground game. All but 11 of Zachman's completions have gone to the future Buckeye.

Needless to say, Upper Dauphin will be an underdog going into this one. (Thanks, Captain Obvious.)

The Trojans are undefeated, coming off a 36-28 victory over Delone Catholic in the District 3 championship. They've put up some tremendous offensive numbers on their way to a Tri-Valley League title in the regular season, then kept it going with their playoff victories over Newport and Delone.

UD has outscored its 12 opponents by an average margin of 34 points per game.