READING, Berks County — This would be the icing on the cake for Lampeter-Strasburg as they continue their cinderella story as an eight seed in Distirct II... 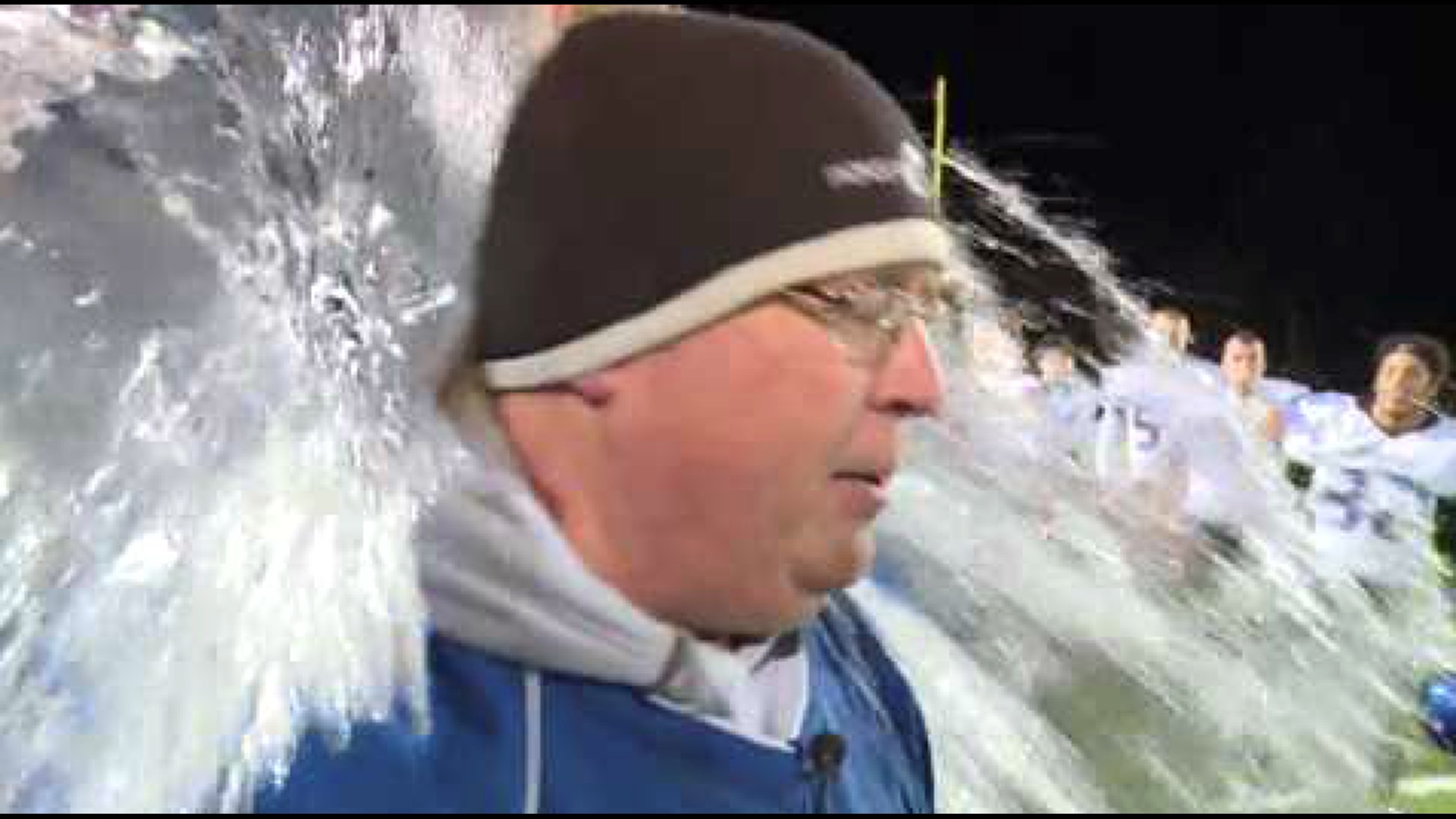 READING, Berks County -- This would be the icing on the cake for Lampeter-Strasburg as they continue their cinderella story as an eight seed in Distirct III, 4A class.

Pioneers start strong with a fumble recovery on kickoff. Seven plays later, they capitalize with a touchdown pass from Conner Nolt to Beau Heyser.

They stay hot, four plays into the Saints drive, Pioneers Austin Stoltzfus picks off Berks Catholic, and again, they capitalize off a turnover, early.

Lampeter-Strasburg heads into halftime leading 21 to 14.

It takes until the end of the third for someone to score, this time, the Saints ties the game at 21.

After a turnover by the Pioneers, on the next play, the Saints turn the ball back over to the Pioneers. The momentum in their favor.Lampeter-Strasburg's Owen Fikkert stretches across the goal line to retake the lead for the Pioneers.

Their defense come up big on the Saints next drive. The Pioneers hold them to a three and out. Lampeter-Strasburg's Jacob Kopelman blocks the punt and it's recovered by another Pioneer, Brady Cole, in the redzone.

With perfect field position, the Pioneers tack on one more touchdown and win the 4A District III Championship, 35-21, over Berks Catholic.