HSFF 2019 week 13: Cocalico comes from behind win over Warwick to head to 5A District III Final

DENVER, Lancaster County — Warwick on the road at Cocalico. This game was anyones for the taking. A hard fought fight and it comes down to who goes mistak... 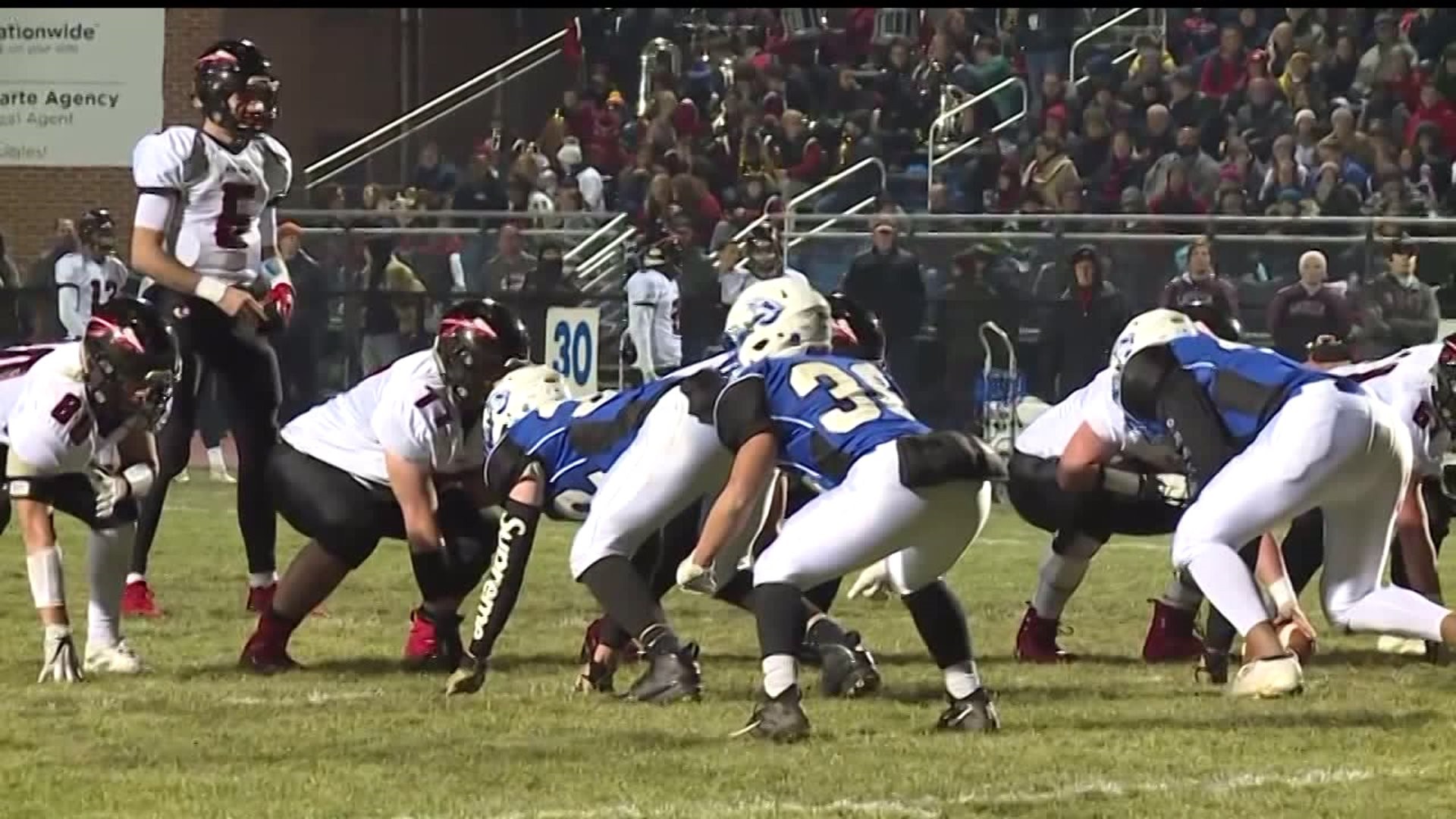 DENVER, Lancaster County -- Warwick on the road at Cocalico. This game was anyones for the taking. A hard fought fight and it comes down to who goes mistake free, all four quarters and who capitalizes in the second half.

In the first quarter, Warriors make a move first with a deep ball from quarterback Joey McCracken to Caleb Schmitz. Schmitz stopped by Eagles Noah Palm at the one.
Two plays later and the Warriors are on the board first. Colton Miller in for six but extra point blocked.
Halfway through the first, McCracken to Thatcher Miller for an easy 41-yard touchdown.
Clock winding down in the first, Palm feels the Warriors pressure. He rolls out to the right to keep the play alive and finds Ronald Zahm over a 60-yard play.
Next play, Palm punches it in.
The Eagles trail 13 to 7 at halftime.
Nearing the end of the third, Palm lofts a floater to Zahm in the endzone. The Eagles take their first lead of the game, 14 to 13.
Four minutes later on a 4th and two in the Eagles own territory. Palm just looking for two yards but finds a hole. Head down and legs kicking. Cocalico beats Warwick 21 to 13. They Host Cedar Cliff, next week, in the 5A District III Championship.
“ We have been down before and that’s a very good team that you’re down 13-nothing and we really didn’t have any answers for their defense. They were just all over us in the first half but we made a big play and the next thing you know we scored before half. Second-half I think we got our traction a little bit offensively and defensively we just played lights out all night. I’m really proud of our defense," said Dave Gingrich, Cocalico Head Coach.
“I just knew we had to make some big plays happen and I know I trusted my teammates and I knew we trusted each other so we all came together as one and that’s just what we had to do," said Noah Palm, Senior Eagles Quarterback.