YORK, Pa. — They might be from just outside Central Pennsylvania in Berks County, but the Wyomissing Spartans should need no introduction to District 3 football fans.

The two-time defending Class 3A champs are back in the title game for the fifth time in the last six years, with an unblemished record, a lofty state ranking and a resume full of huge victories.

Standing between the top-seeded Spartans and a third straight title is Boiling Springs, the Mid-Penn Capital Division champs. The Bubblers defeated Big Spring and defending state Class 1A champ Steelton-Highspire in the regular season to claim that crown.

Let's take a closer look at the matchup.

ABOUT BOILING SPRINGS: The Bubblers rolled to a 35-7 victory over another Berks County foe, Hamburg, last week to punch their ticket to the title game for the first time in program history.

Boiling Springs got big performances from Joey Menke and Aidan Metzger to subdue the Hawks. Menke finished with 180 yards — 142 rushing, 38 receiving — and two touchdowns, while Metzger ran for 64 yards and three touchdowns.

Boiling Springs scored 28 unanswered points to turn a 7-7 tie at halftime into a lopsided win.

The Bubblers have won eight in a row after suffering their only defeat of the season, a 39-34 shootout loss to Mechanicsburg on September 17.

Boiling Springs' offense relies heavily on its ground game, which is paced by Menke, Metzger, and backfield mate Jack Liang.

QB Colin Lunde has thrown for 1,102 yards and 18 touchdowns for the Bubblers.

Boiling Springs is just two years removed from an 0-10 season and had a 24-game losing streak that spanned three seasons, from 2015 through 2018. The program has come a long way, but Saturday's test will be its biggest.

ABOUT WYOMISSING: The Spartans picked up their 12th straight victory with a 14-0 triumph over Middletown in last week's semifinals. It was the fifth time in the last six years that Wyomissing has faced the Blue Raiders in the district playoffs  -- but normally those meetings occur in the title game. Wyomissing defeated Middletown 2019 and last year to claim its back-to-back championships.

Last week, the Spartans rode a stifling defensive performance and a pair of touchdowns from Thomas Grabowski to subdue the Raiders. Wyomissing held Middletown to 48 total yards and just two first downs, while Grabowski racked up 149 rushing yards and scored on runs of 17 and 2 yards.

That's been the winning formula all season for Wyomissing. The Spartan defense has allowed just 124 total yards and 7.75 points per game, while Grabowski (133-1,010, 20 TDs) powers a ground attack that churns out an average of 312.2 yards per game.

The Spartans are chasing their 10th district title in program history. They are 9-8 in their previous 17 title-game appearances. 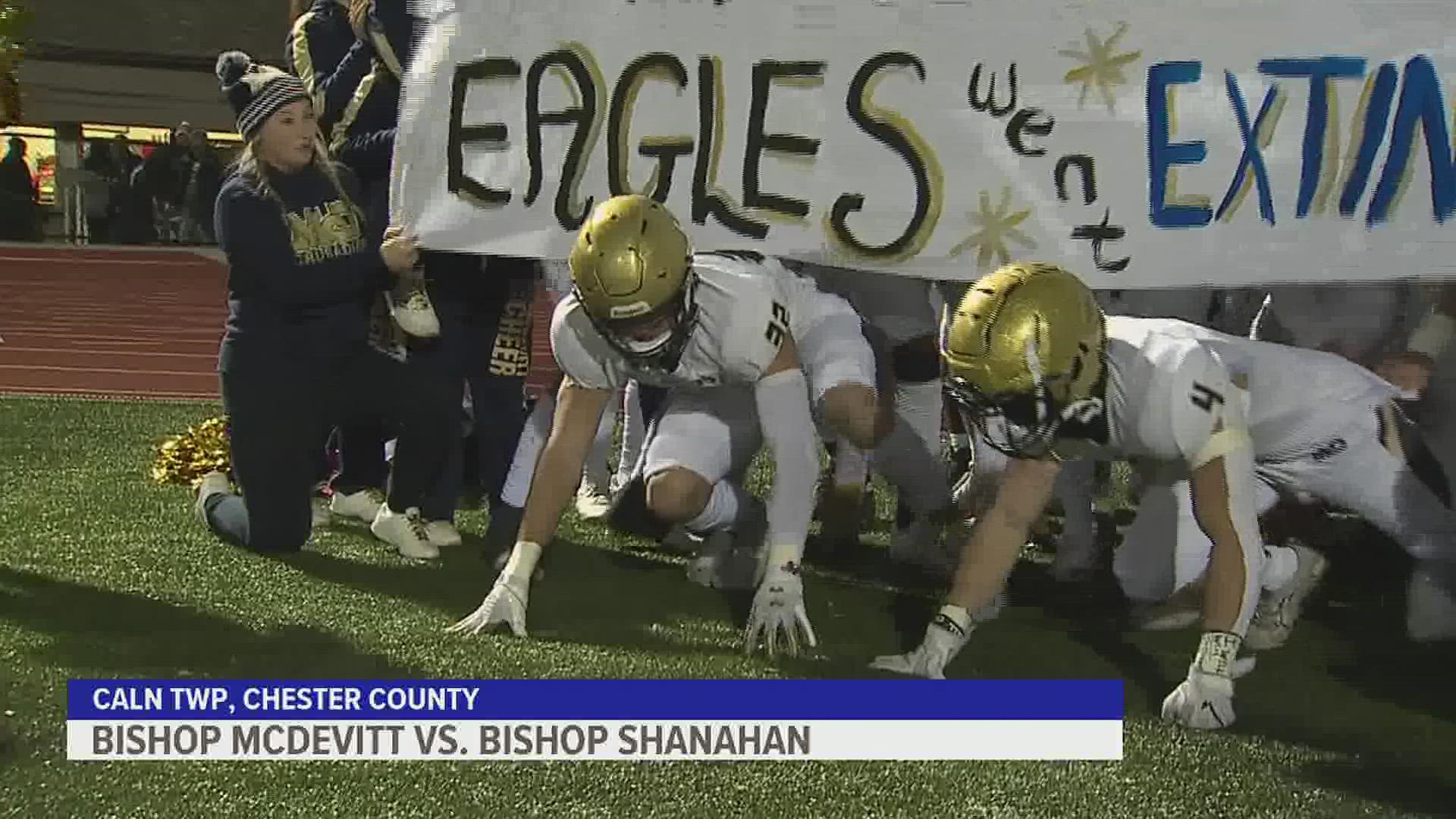