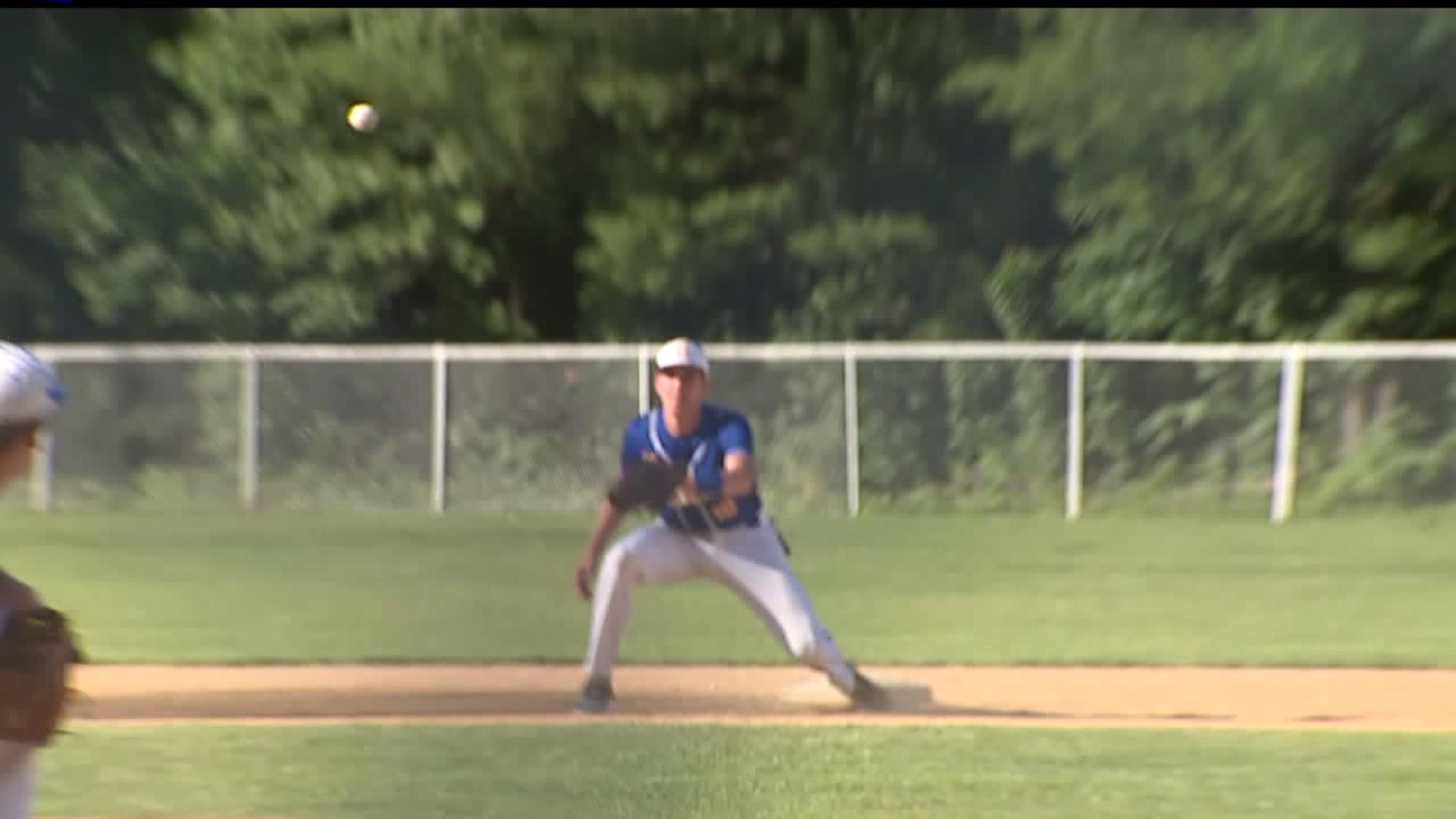 In 1A it was an all Tri-Valley League match-up between Greenwood and Halifax.  The Wildcats that wear the blue shirts jumped out fast with six runs in the first inning. Greenwood got great pitching from Luke Myers and Aaron Bollinger to post a 10-0 victory and advance to their first state title game where they will face West Middlesex, Thursday in State College with a 1 PM start.

In 5A, Lampeter-Strasburg punched their ticket on Monday knocking off Cedar Cliff.  Well on Tuesday, Red Land had a chance to make it an all District III final if they could knock off Blue Mountain at Wenger Field on Tuesday.

The Patriots are familiar with pressure, as this team features many of the players that made up the Red Land Little League team that won the US Championship back in 2015.

The Patriots have gotten great pitching and defense all tournament long, surrendering just one run through the first two games.  It was more of the same against Blue Mountain in the semifinal.  Catcher Jared Payne led the defense by showing off his arm behind the plate, gunning base runners down one after another. Luke Wagner was masterful on the mound as the Patriots got clutch hitting on their way to 2-1 victory to claim a spot in 5A title game Thursday.

In the 4A semifinal game, East Pennsboro's furious late rally against Beaver came up just short; the Panthers season coming to an end with a 7-5 defeat.

Check out the highlights in the clip above.