FOX43 – Drama was the order of the day in the PIAA softball semifinals Tuesday. In 6A, Central Dauphin took down three-time defending state champ Hempfiel... 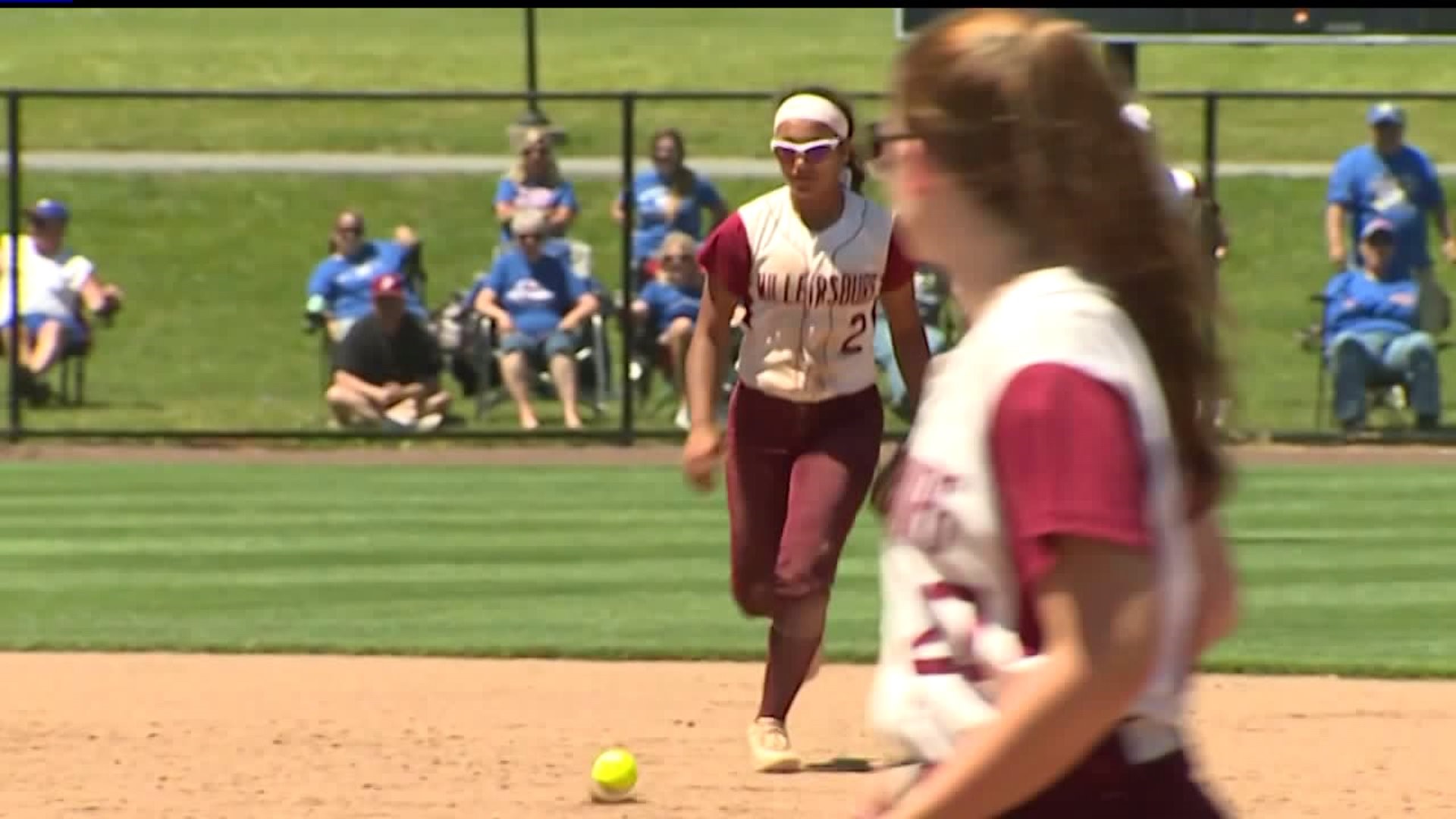 FOX43 - Drama was the order of the day in the PIAA softball semifinals Tuesday.

In 6A, Central Dauphin took down three-time defending state champ Hempfield Area thanks to a late inning rally. With the game tied at 1-1, in the top of the seventh, with the bases loaded,  Alondra Figueroa drove in the go ahead run for a 2-1 lead.  The Rams then added two more for a 4-1 lead as they headed to the bottom of the seventh. That was more than enough for Sam Gress. Standing tall in the circle, Gress mowed down the final outs to send the Rams to State College and play for their first state championship. They face Hazleton on Thursday in an 11 AM start.

West Perry's Gretchen Frederick provided the late inning fireworks for the Mustangs in the 4A semis, as they downed Honesdale 3-1 to extend their season one more game. With a tie ballgame in the top of the fifth inning, Frederick stepped into the box and belted a solo home run to give the Mustangs a lead they would not relinquish. West Perry faces Elizabeth Forward Thursday in State College. The game is slated for a 1:30 PM start.

In single-A, Williams Valley overpowered Millersburg 15-1 to advance to yet another state final for the Vikings.  Williams Valley faces DuBois Central Catholic Friday with an early 11 AM start.

In 5A, the  Lanc.-Leb League was the feature.  Lampeter-Strasburg knocked off West Chester East 5-2  to head back to the state title game as they look for back to back gold medals.  They will play Penn Trafford Friday at 4 PM in State College. On the other side of the bracket, Donegal fell to Penn Trafford in crushing 5-4 defeat.

Check out the highlights in the clip above.