ARLINGTON — It’s been almost a month since Penn State played a game. And heading into the team’s next game, the Cotton Bowl to be exact, the N... 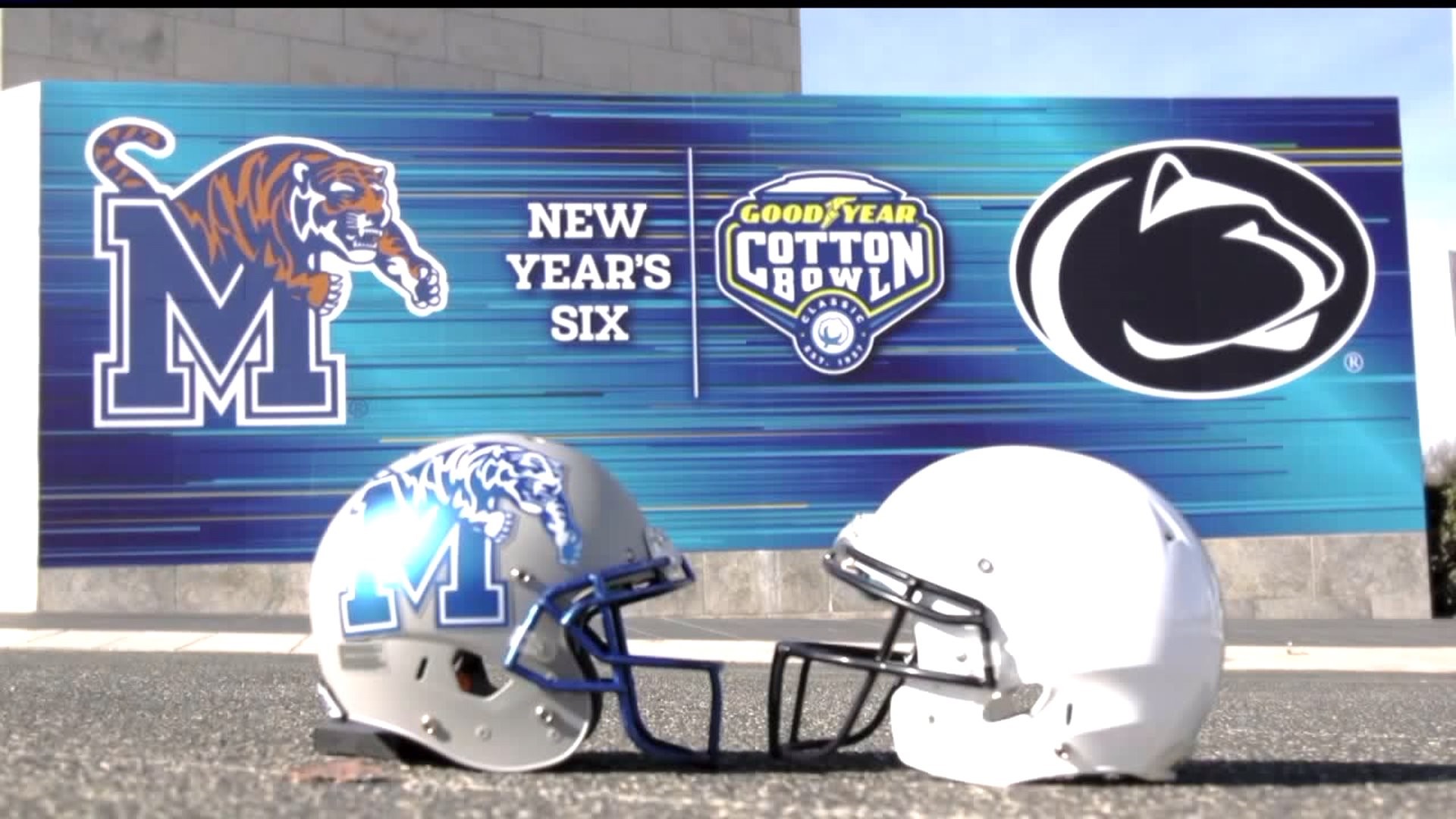 ARLINGTON -- It's been almost a month since Penn State played a game.

And heading into the team's next game, the Cotton Bowl to be exact, the Nittany Lions are clear favorites. They're healthy and ready to go.

"I just can't wait to touch that end zone to be honest," said junior wide receiver KJ Hamler. "I think that's the best part about it. You know, just being out there with my team one last time through the year."

But Penn State should be cautious as Memphis, winner of the American Athletic Conference, is a dangerous opponent who is more than happy to fill the underdog role.

"They've played a lot of tough teams this year and upset a lot of guys in the past which we've seen," said sophomore linebacker Micah Parsons. "So we came in with the approach to respect all and fear none."

Micah and the rest of the Nittany Lions have a healthy respect for their non-power five opponent. Safe to say the feeling is mutual, as Tigers head coach Ryan Silverfield gushed about the Penn State defense.

"Let me be clear, we've face a lot of great defenses this year. This Penn State defense is the best we've seen," Silverfield said. "Their front-seven is phenomenal. Their back end guys play well, I mean, they've got first rounders up front, they've got an All-American linebacker."

The Nittany Lions are motivated while the Tigers sense a challenge. For Penn State, the program doesn't want to lose a Citrus Bowl to Kentucky and a Cotton Bowl to Memphis all in the same calendar year.