Red Lion, York County – Rain slowed the momentum of our area teams in the PIAA baseball and softball postseason Monday. One game that dodged the drops, La... 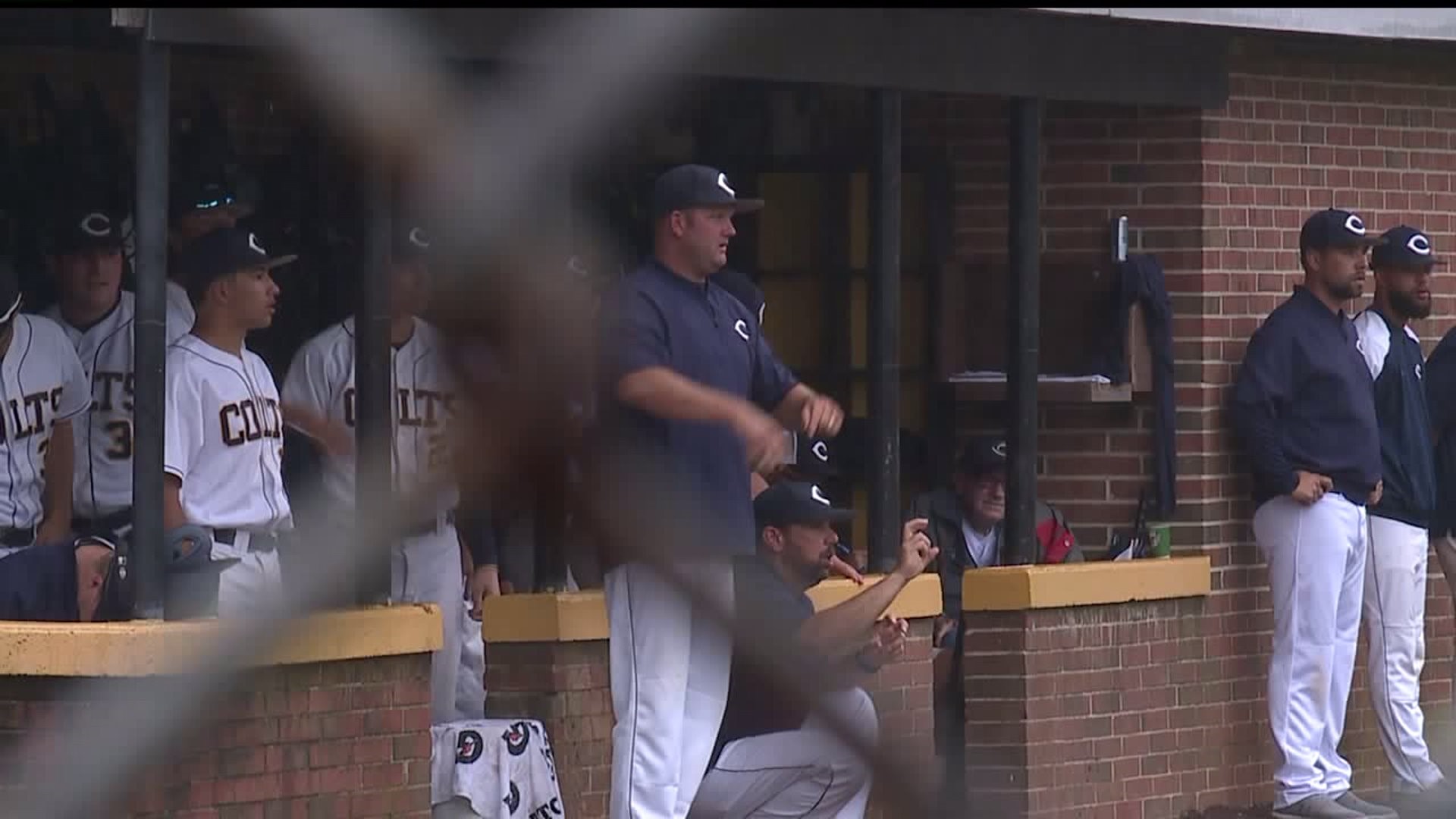 Red Lion, York County - Rain slowed the momentum of our area teams in the PIAA baseball and softball postseason Monday.
One game that dodged the drops, Lampeter-Strasburg and Cedar Cliff in the 5A state baseball semifinal.

Cedar Cliff was able to hold off threats by the Pioneers early, but L-S cracked the scoreboard open in the 4th.  Later in the 5th, after a Braedon Karpathios opposite double, pitcher Dylan Byler, stroked a single back through the box. Colts center fielder Bobby Whalen, came in with a textbook charge and the Louisville recruit delivered a strike to play where Donovon Ball made the tag to Karpathios' right thigh in bang-bang pay to keep the game a one run contest.

In the top of the sixth, with the same score, Connor Blantz stepped to plate and lined a single to center. This time, the ball bounced high on the wet turf over Whalen's head, allowing Aaron Snyder to score giving the Pioneers a 2-0 lead.

The story in this one was Dylyn Byler, as he dazzled on the mound, allowing just a one hit.  Pioneers take it 3-0  and they advance to fifth state championship game.

Most of Monday's postponements will be played at the same time and place as they were scheduled for on Monday. There are three games with time changes.

5A Baseball:  Red Land vs. Blue Mountain at Wenger Field has been bumped up 30 minutes to a 4:00 start.

5A Softball:  Lampeter-Strasburg vs. West  Chest East will now start at 1:00 PM instead of 3:00 PM at West Grove

5A Softball: Donegal vs. Penn Trafford has been moved to a 1:30 start at Mt. Aloysius College