FARMINGDALE, NEW YORK –  It’s time.  The PGA Championship is at The People’s Country Club,  Bethpage State Park, the Black Course. It is perhaps the tough...

FARMINGDALE, NEW YORK –  It’s time.  The PGA Championship is at The People’s Country Club,  Bethpage State Park, the Black Course. It is perhaps the toughest public track in the country and the best players understand they better control the big stick. 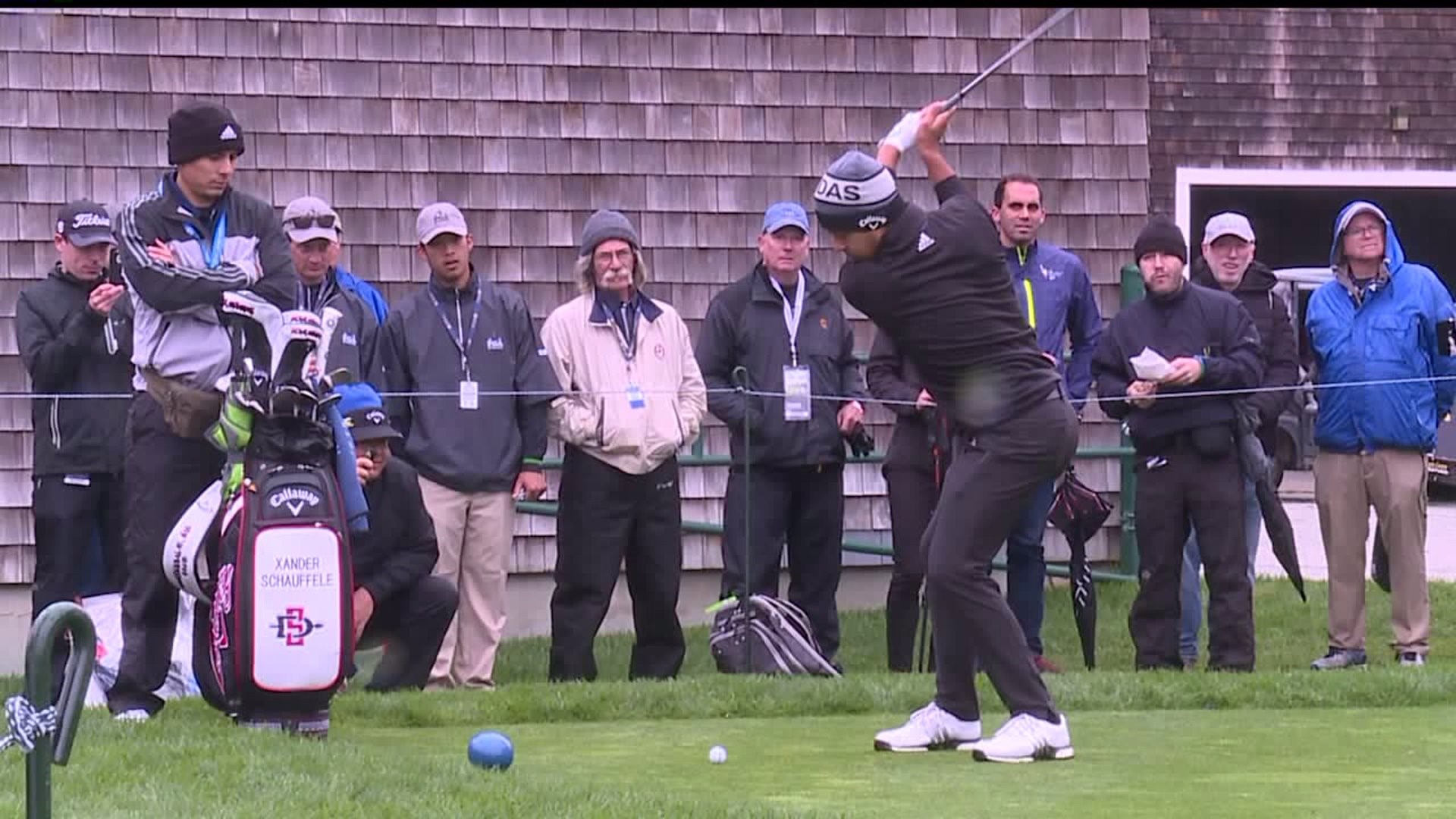 Not many people drive it farther than Dustin Johnson.  He's the number one ranked player in the world and his talent for hitting it deep makes him one of the people’s favorites, especially in New York.

“I’ve always loved coming up here and playing," confessed Johnson.  "I'm fortunate, I don’t know why they like me but they do so I’m going to try to do everything I can to keep it that way.”

The PGA Championship used to be called "Glory’s Last Shot" because it was fourth on a calendar of four majors.   Now it’s scooted up in between the Masters and the U.S. Open so for everybody other than Tiger Woods, it’s their second chance to win their first major of the year.

2018 PGA Champion Brooks Koepka is very confident heading into Thursday's first round.  “You keep doing what your supposed to do, you play good, you peak at the right times, like I said, sometimes I think the majors are the easiest ones to win."

Of course the defending champ likes his chances.  The tougher the conditions, the better he plays.  Don’t forget about Italian Francesco Molinari.  He is one of the best putters in the world for a reason, he works hard on his craft.

Rory McIlroy looks comfortable on the course, how he performs on the greens will tell his story. Predicting a winner is not an exact science, that’s reserved for golf scholar Bryson DeChambeau.  What is easy to forecast is that a worthy champion will be crowned at the Black on Sunday.