College Park, Maryland — The University of Maryland had been calling for their fans to blackout Capital One Field at Maryland Stadium in the weeks leading... 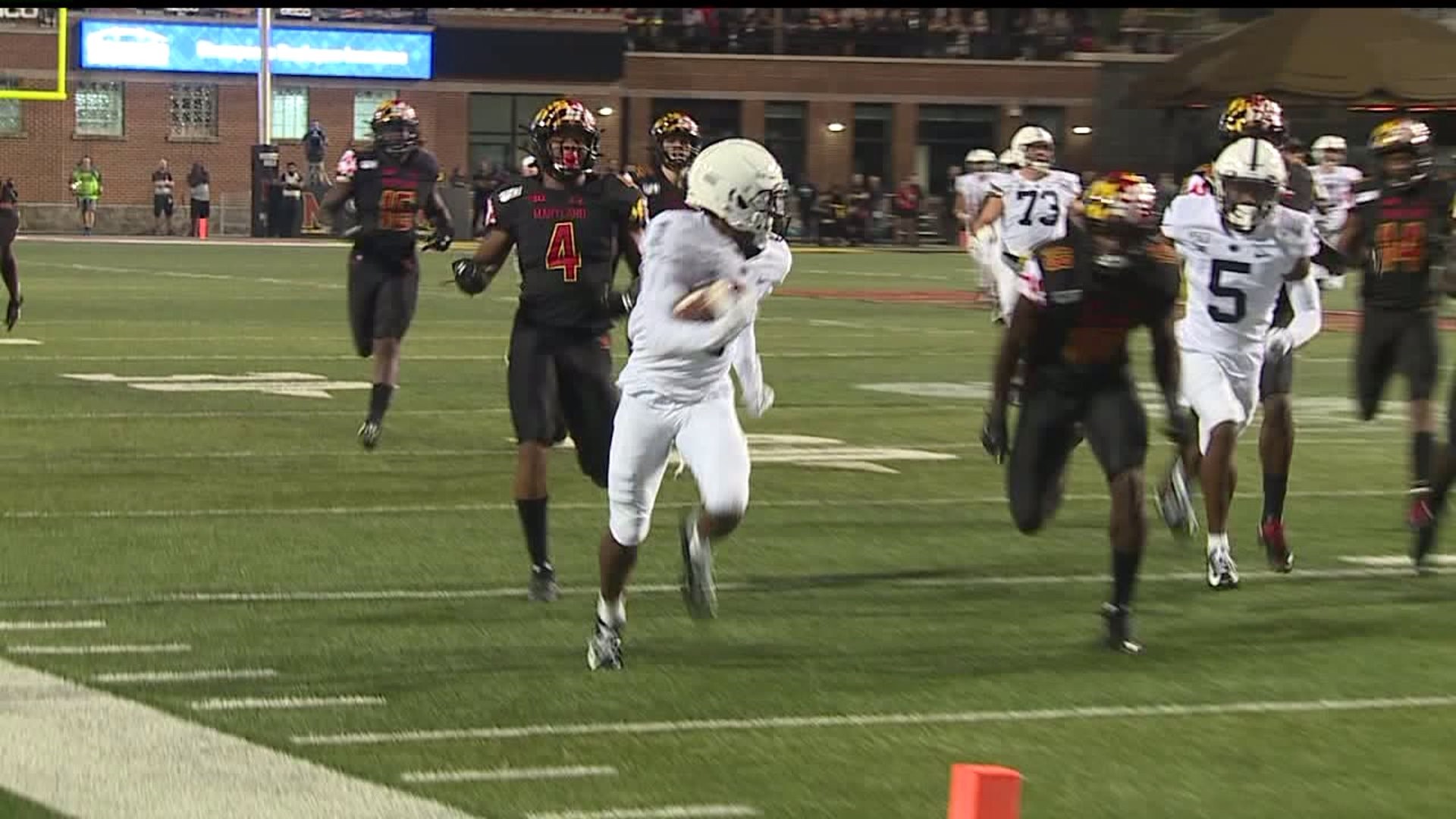 College Park, Maryland -- The University of Maryland had been calling for their fans to blackout Capital One Field at Maryland Stadium in the weeks leading up to their Friday meeting with Nittany Lions, but early interceptions by Jan Johnson and Tariq Castro-Fields took the wind out of the Terps' sails early in the evening.
Jan's was just a lot of instincts.  I mean, I was coming across and all I saw was him snatch it out of the air.  We practice those things in drills and stuff like that.  And then with mine, that's a route combination I've seen from our offense in camp so I knew how to play it," said Castro-Fields.
In both cases, the Nittany Lions were able to turn turnovers into points.  A K.J. Hamler touchdown reception, that froze up the Maryland defense, gave the wideout the last laugh after the Terrapins student section gave him a cold reception during warm-ups.
"I was doing it in pregame because they was talking crap, so I don't really let that stuff faze me.  I just laugh at it.  I don't like talking back.  So when I score, I was just, 'I love y'all too,'" recalled Hamler.
Head Coach James Franklin went into the week stressing the need to get Hamler involved as much as possible.  "I think we did a better job in this game early on of getting K.J. the ball.  I think the more times K.J. can touch the ball, we're going to like what happens," said Franklin.
After Micah Parsons was ejected for targeting early in the first, linebackers and Ellis Brooks and Jesse Luketa stepped up and posted one of their best performances in the Blue and White and helped PSU to their first shutout since 2017.
"We had a great display defensively as a unit and I had a great game myself, but it all ties into what we want to do this year and how we've got to keep playing as a unit," said Luketa, who finished with five total tackles.
"I've been saying this since camp that our defense was like that.  Zero points on the board, that makes playing offense a lot better when you don't have to worry about anyone putting up points," added quarterback Sean Clifford.
With the 59-0 win on Friday night, the Nittany Lions have some added time to prepare for their upcoming homecoming game against Purdue.