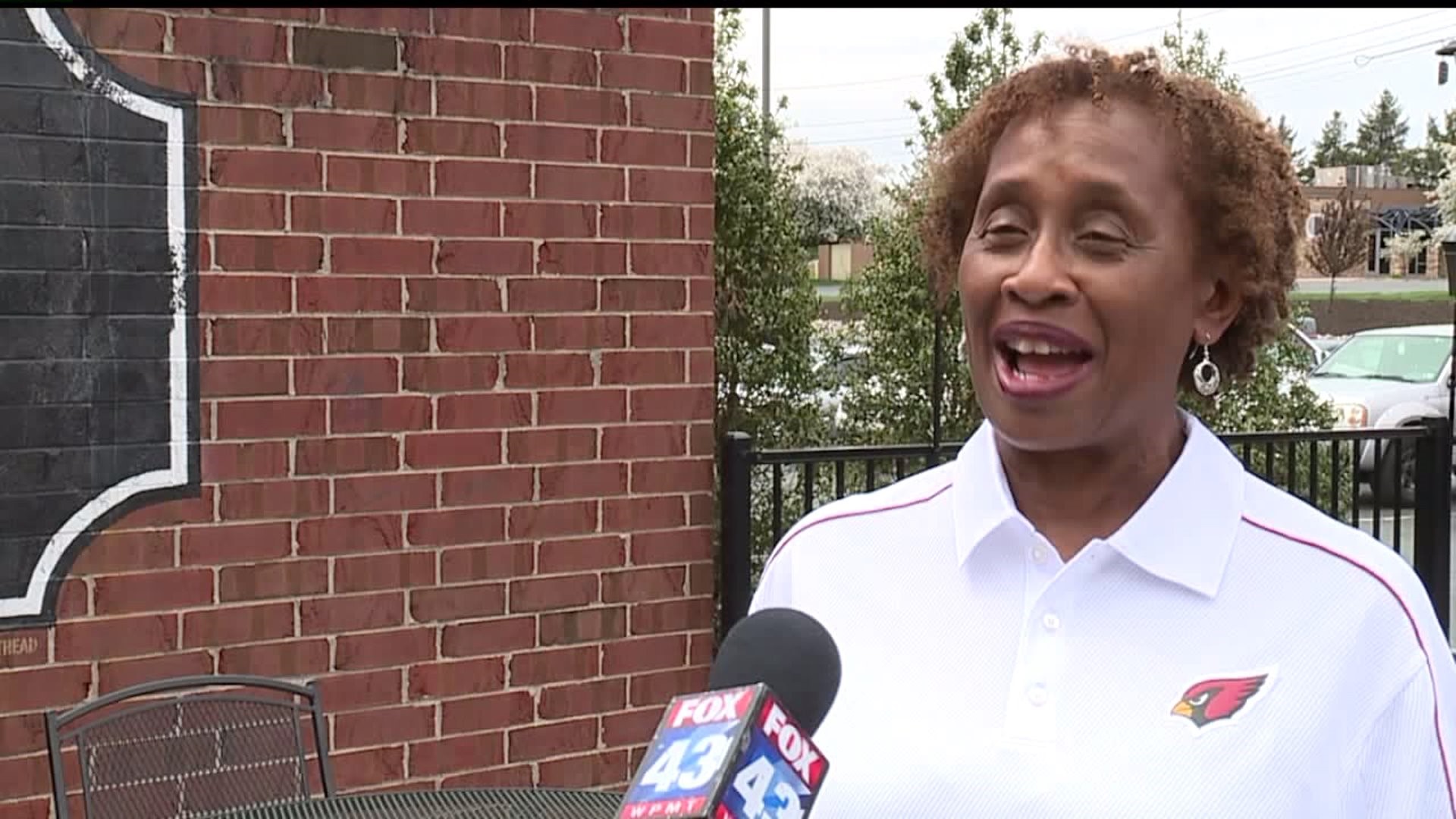 But his mom decided to travel all the way to Texas to be at the draft in person.  Just in case her son got drafted, she wanted to be there to hear his name called.

"I'm not going to miss the opportunity to experience this feeling because I won't ever have it again," said Alison "Fay" Edmonds.

Mother and son, however, had a plan.

Since players are usually notified a few minutes before they're officially announced as a draft pick, Alison asked Chase to let her know when the pick was imminent, so she could make sure she wasn't in the concession line or the restroom.  But she didn't want any other details.  She wanted to be surprised.

Pre-draft projections had Chase potentially being picked anywhere from the fourth to the seventh round.  So Alison made sure to arrive at the stadium in Dallas early on Day 3 of the draft for the beginning of the fourth round.

"And they start with the first name, and you're listening, you're thinking, 'OK, when is it gonna be,'" Alison said.  "And you aren't like nervous or anxious, because you don't know when it's gonna be."

Then she got the text.  "Be ready."  And that's when she started to get nervous.

Finally the words she traveled so far to hear.

"With the 134th pick in the 2018 NFL Draft, the Arizona Cardinals select Chase Edmonds."

At that point, Alison said she cheered probably louder than she had ever cheered before.

"I hate to keep using the word 'indescribable,' but it is a proudness that you can't describe," Alison said.  "Because he's been waiting a lifetime to actualize this dream."

A dream come true for both a son and his mother.

Chase Edmonds heads to Arizona this week for the Cardinals rookie camp which starts on Friday.