Springettsbury Township, York County – As England prepared for their first World Cup Semifinal since 1990 some fans of the “Three Lions” settl... 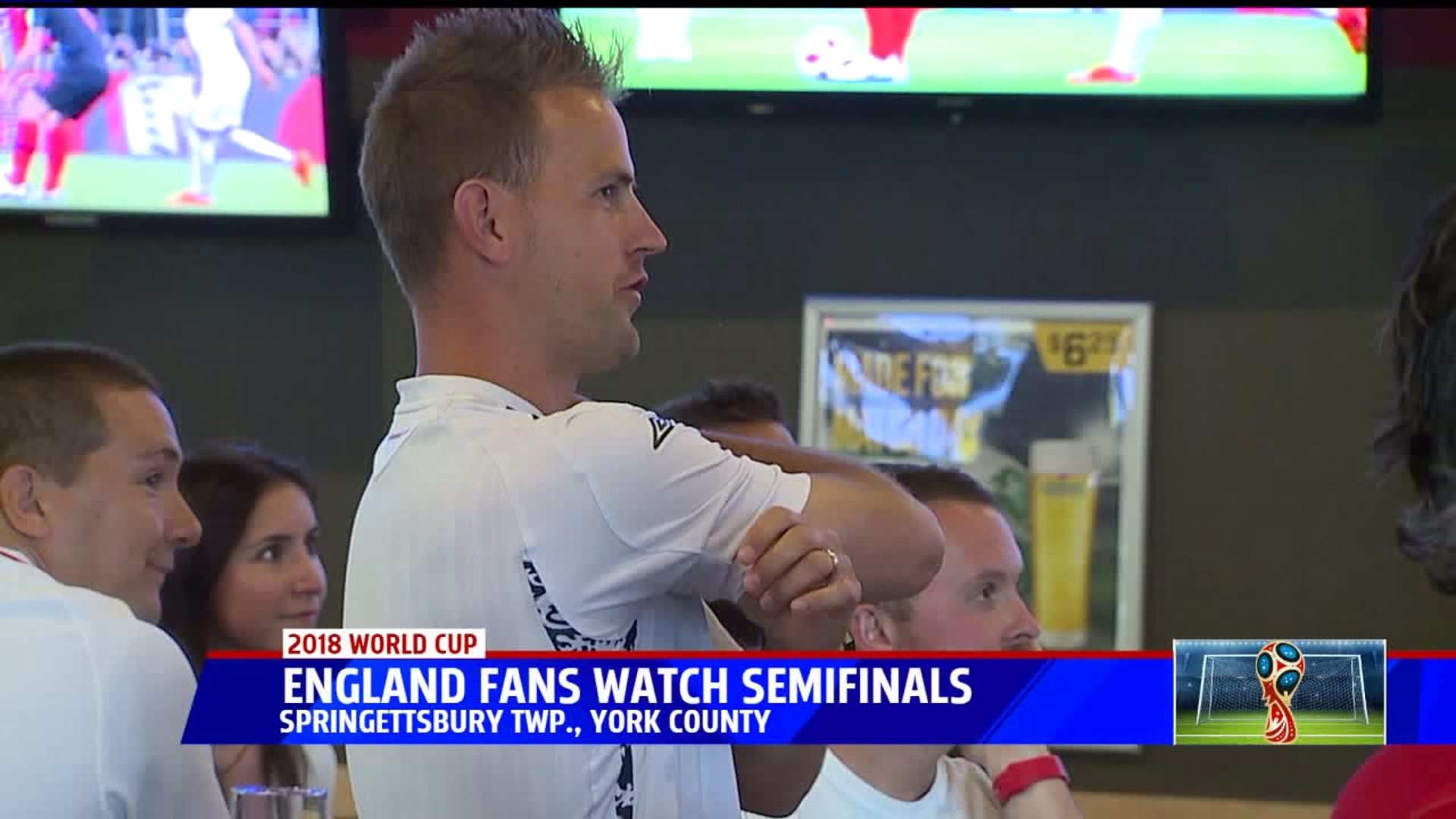 Springettsbury Township, York County - As England prepared for their first World Cup Semifinal since 1990 some fans of the "Three Lions" settled in for a watch party at Buffalo Wild Wings in East York.

Taking on Croatia, the English jumped out early with a beautiful goal on a free kick. The reaction shows how much this game meant to all of England.  The rest of the match, everyone was on the edge of their seat, the one goal advantage held up until the 68th minute.

In extra time the euphoria almost returned after a near miss on a header. The mood turned sour moments later when Croatia put in the winning tally.

"England did fantastically through out the whole tournament. I thought they really could have gone the whole way," said Ivers.

"Disappointed today, but we can't lose the sight that they were fantastic throughout the whole tournament. There is sadness in losing today but we will waiting for the next four years," he added.

While the outcome isn't what the group wanted, England should return a more experienced team hungry for another run in 2022.

England faces Belgium In the consolation match on Saturday morning.