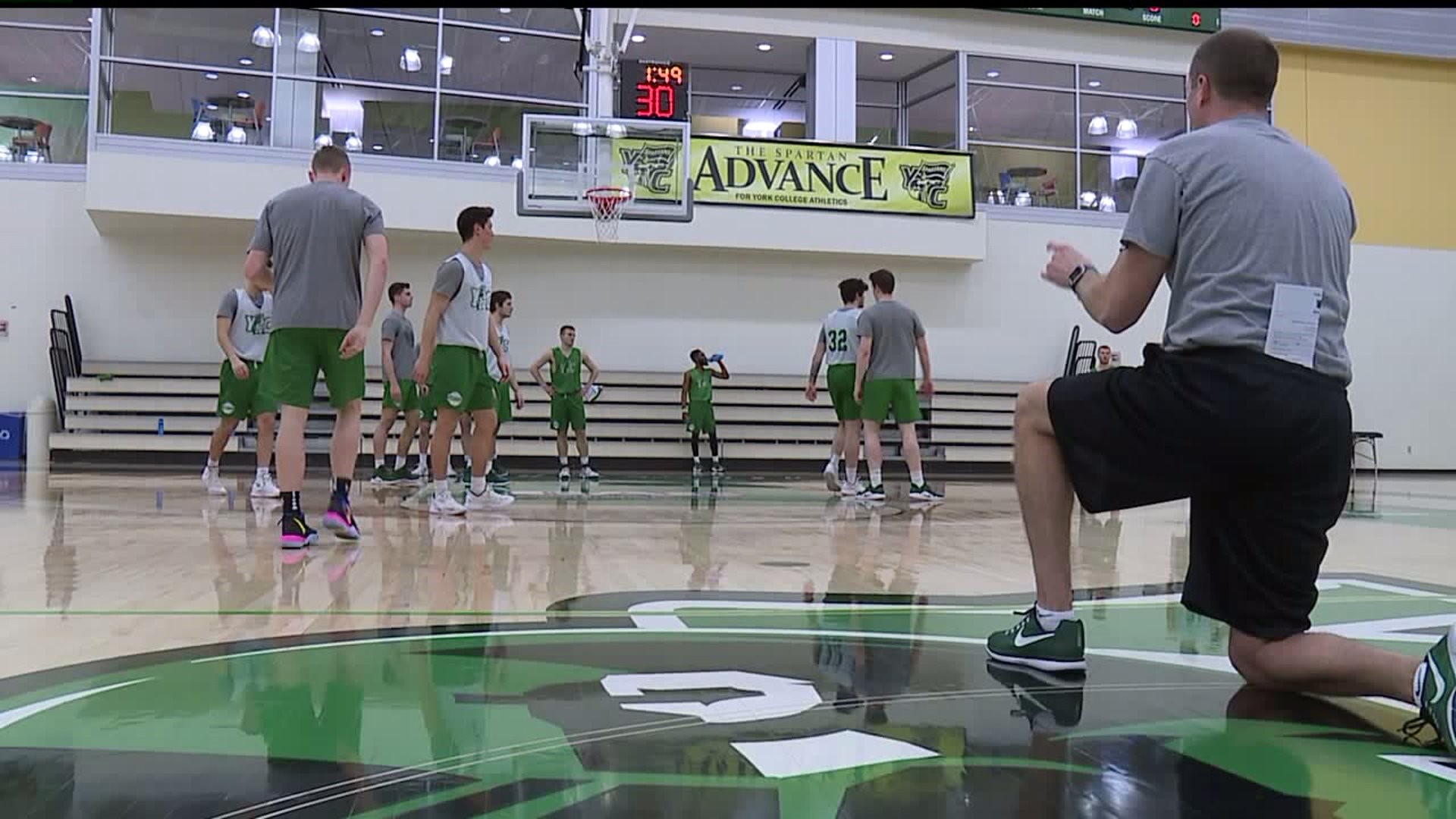 "It was an easy transition for me to go from a local school and go here and kind of having the same community backing me. Also, coaches and players that are around here and know me pretty well. It was just an easy transition," said Darin Gordon, Spartans Forward (Spring Grove).

But also, having the opportunity to have your entire family attend every game, weighed tremendously.

"Having family come all the time and to be able to do stuff in the community and kind of stay local and still be relevant enough to have my name have some weight on it around here," said Jared Wagner, Spartans Guard (Central York).

They're scoring not only on the court, but also in the classroom with a team G.P.A. of 3.39.

"To see the way that, that group of guys has come together over the last couple of years, has been awesome and you don't have the success we've had over that last couple of years just by having talented basketball players. You have to have great people. These guys have had done an awesome job of embracing everything that I believe is important," said Matt Hunter, Spartans head coach.

The Spartans have one more regular season game this Saturday at home against Mary Washington.

A team they look to redeem themselves after losing the first regular season match up.

A win against the Eagles gives the Spartans a chance to clinch back-to-back Capital Atlantic League Conference titles.