YORK COUNTY – Just like any other sport, game or activity, it helps to learn golf at an early age. The York County Junior Golf Association (YCJGA) is grow...

YORK COUNTY – Just like any other sport, game or activity, it helps to learn golf at an early age. The York County Junior Golf Association (YCJGA) is growing with the number of kids playing on the Summer Tour up from last year. Our FOX43 Beasley Ford Tip of the Week is to participate in junior golf. 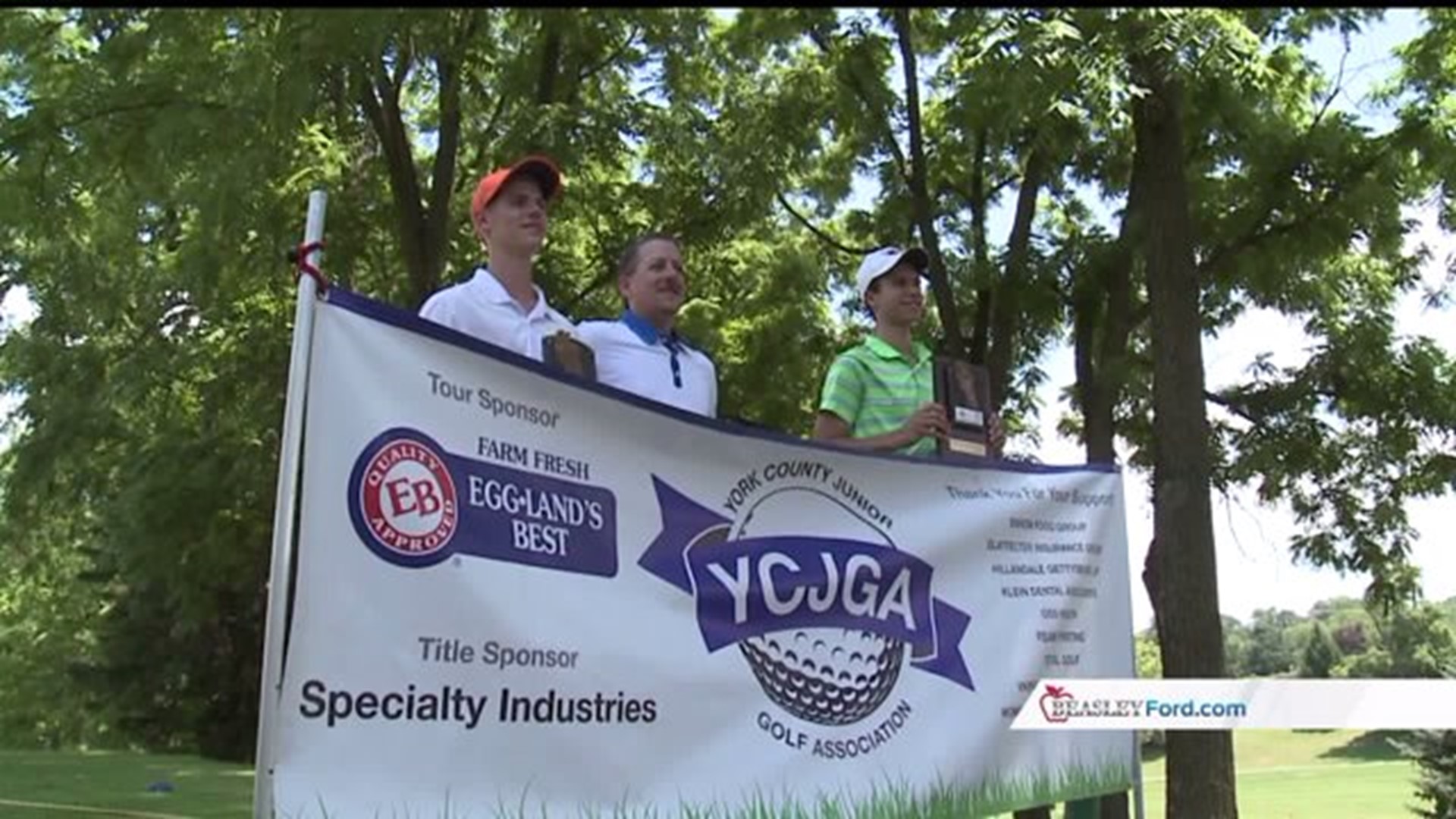 The encouraging numbers are the result of a new developmental division for beginner players, drawing at least 25 new kids to the game. 120 kids signed up for the 7-event Summer Tour, up from 104 in 2015. The YCJGA also includes 9-hole and 18-hole competitive divisions for kids 8 to 18.

According to Childress, "it allows them to get into a competitive atmosphere in the Summer and prepare them for high school golf and beyond."

Trophies are given to the winners of each division. New Oxford Sophomore Justin Gruver won a playoff in the top division at Hickory Heights. Justin and 2nd place finisher Logan Snyder of Dover started young and are big fans of the Summer Tour.

"I've been playing probably for 10 years now," admitted Gruver. "It's been non-stop. You can get to this age and start competing at a high level instead of just starting, and playing not badly, but not as good as you could if you started earlier."

"I've been playing since i was maybe six and when I was 9, I started in this," stated Snyder. "I've grown a lot since the first time I was younger and I played in this. I had a lot of high scores, in the 100's, now down to a 74 today, so definitely improvement."

Tour Director Mike Skelly is responsible for much of this year's improvement. He sets up the courses in the Winter and has worked diligently to upgrade the website (ycjgatour.com) with pictures and results. He understands there's more at stake than the scores going up on the big board at the end of the day.

"So far, everybody is all for junior golf," he said. "As an assistant pro working at a local golf course, this is our future. These kids, they are going to bring revenue into all of the courses in the future, so we need to keep it going."