MANHEIM TOWNSHIP, Lancaster County, Pa. — The Barons were ready for the cold in this one as they looked to claim back-to-back 5A District titles, and they... 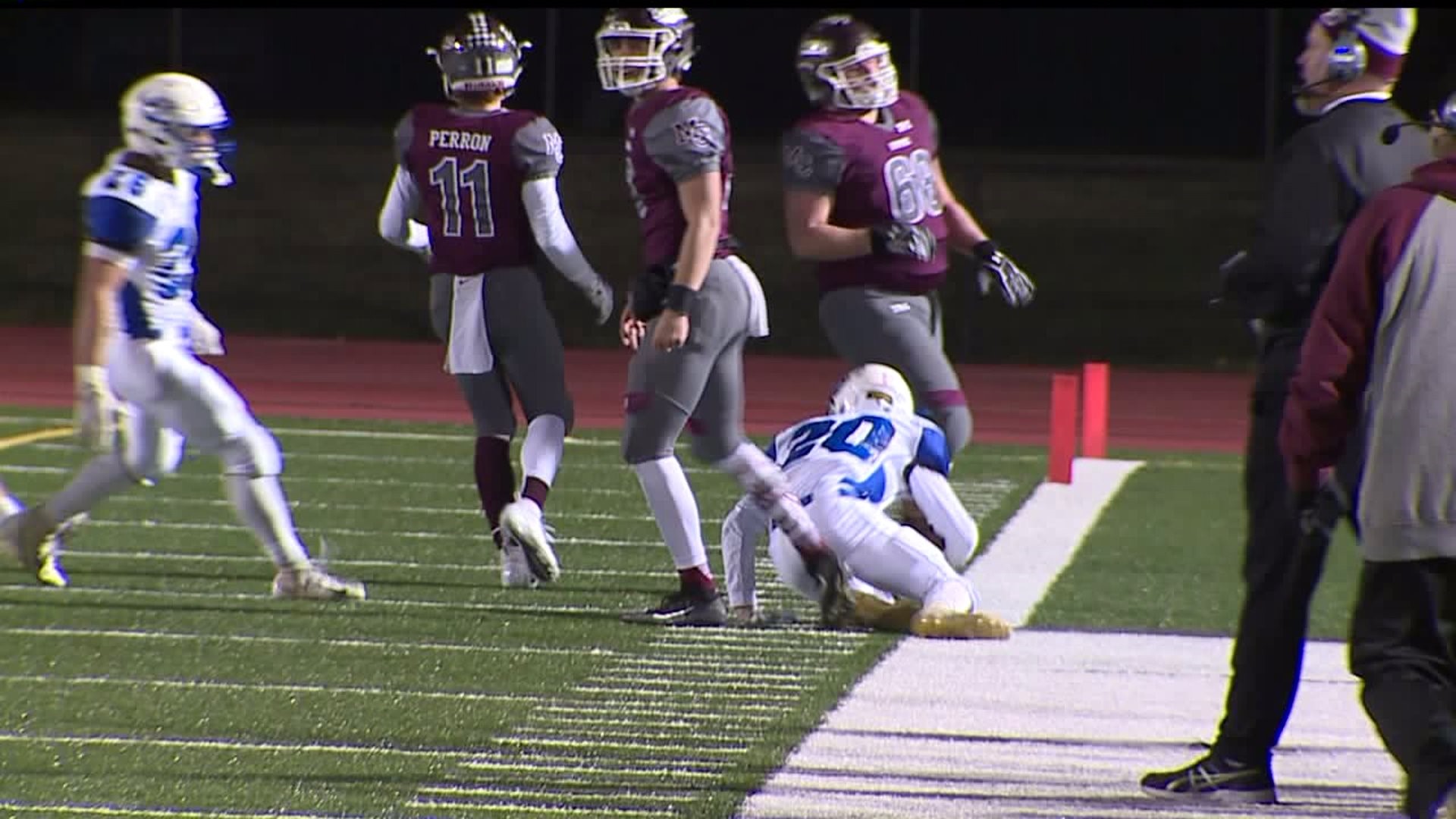 MANHEIM TOWNSHIP, Lancaster County, Pa. -- The Barons were ready for the cold in this one as they looked to claim back-to-back 5A District titles, and they faced a familiar foe in the Cocalico Eagles on Friday night.

The Eagles defense made the game's first big play, as Cocalico's Austin Landers sat on the route and picked it off. The Eagles were unable to capitalize on the drive however, and they stall out, resulting in no points no the board.

Manheim Central got it rolling in the second quarter, when Evan Simon found Ben Wagner for the first points in the game. The score game Manheim Central the early 7-0 lead.

That score seemed to jump start the Barons, and they came out firing on their very next drive. From their own 17-yard line, Simon hit Colby Wagner, and  Manheim Central went up 14-0. Simon and the rest of the Barons get one more possession before the half, and they took full advantage of it. He again found Colby Wagner for a 62-yard touchdown. The Barons took a 21-0 lead into the half and never looked back.

Cocalico's Noah Palm would add two late touchdowns to break up the shutout, but Manheim Central rolled in this one, winning 48-14. It was the 18th district title victory for the Barons.

After the game, Manheim Central coach Dave Hahn praised his team's effort in the game. "I am proud of the kids because we have busted our kids for the last year to get to this point," he said. "Play a team like Cocalico; I am proud of them to repeat. We haven't done that since 2004-2005, so I think that is the mark of a good team, good program."

Manheim Central will face Upper Dublin in the state semifinals.