WEST MANCHESTER TWP., York County — The rain didn’t stop people from flooding into Hodnett and Co. hair salon on Sunday for a Cut-A-Thon, the... 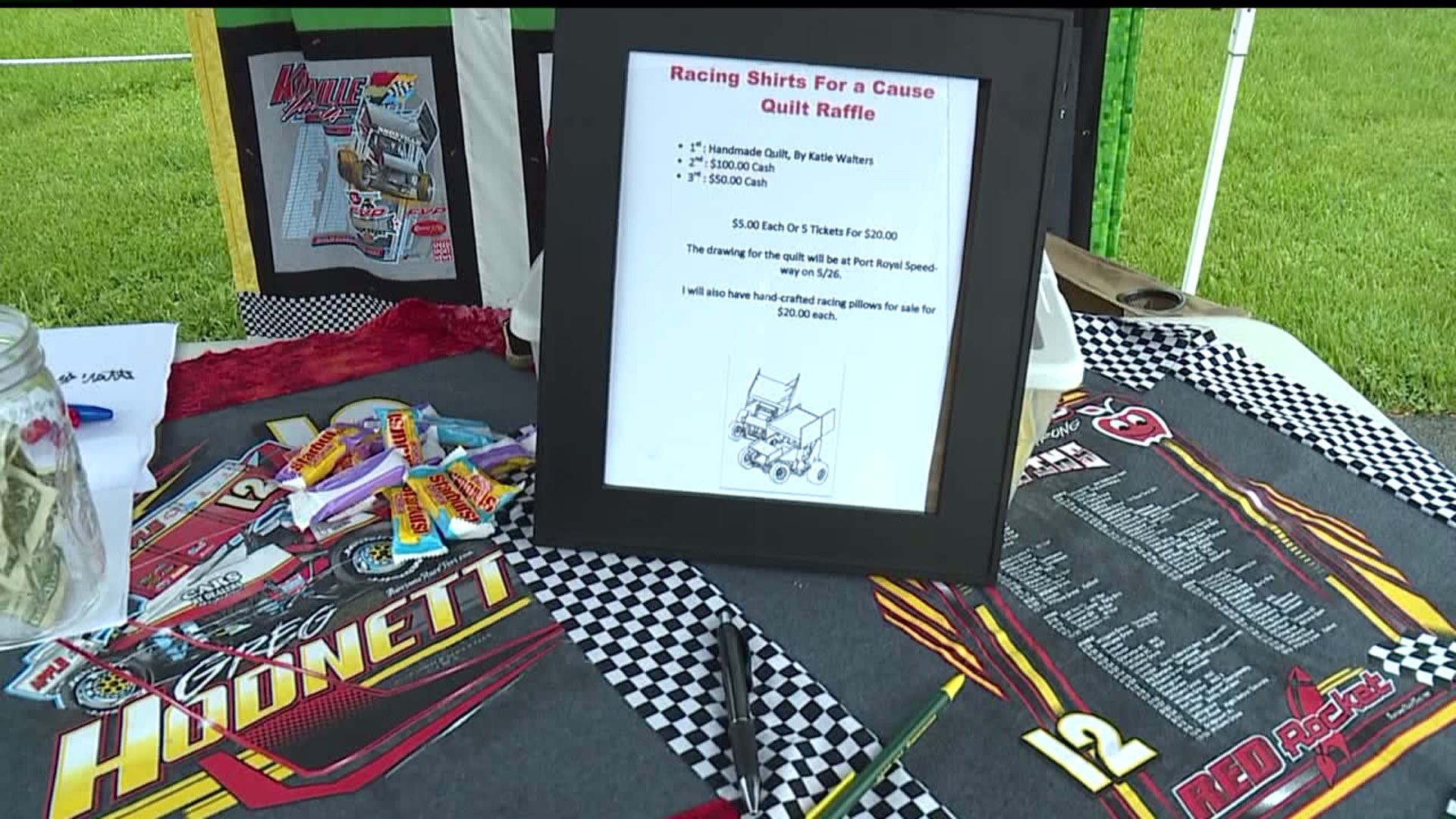 WEST MANCHESTER TWP., York County -- The rain didn't stop people from flooding into Hodnett and Co. hair salon on Sunday for a Cut-A-Thon, the kickoff event for the Greg Hodnett Foundation.

All in honor of Greg Hodnett, who lost his life racing in September of last year. In true form, the drivers rallied to support family and friends, and kicked off the event, helping wash hair, but not without a little competition.

“I’m sure there was some trash talking. I’m sure Lucas was probably involved and probably lance,” said sprint car driver, #39 Corey Hass.

The Cut-A-Thon sure stirred up some dirt to trash talk in the pits. Of course, all in good fun. The biggest question: who was the best hair washer?

“I got to wash one lady's hair. I don’t know how well I did. It’s kind of hard. I don’t think I could be a girl. I don’t know how I rank up against him but hopefully a little better than he does," said sprint car driver, #33 Jared Esh.

“Ryan was unnecessary in his assessment of my washing and I thought I’ve done a fine job," said sprint car driver, #24 Lucas Wolfe.

We all know it's just hair washing but who wins this feature?

“We’ll go with Chase because he probably did, a good ten before we got here,” said Smith.

“I didn’t even have any practice but according to these guys I did pretty good,” said sprint car driver, #75 Chase Dietz.

Maybe Wolfe should keep his hands on the wheel but he had no problem saying his argument, with a straight face.

“I’ve had no complaints from my customers and I never thought much of him either," said Wolfe.

No complaints to Wolfe’s face but I just think Dietz doesn’t want to get wrecked at the next race.

“I will give it to Lucas. I thought he did a pretty good job there but you have to give props to Ryan for naming me the best one, so I’ll take it," said Dietz.

With a combination of haircuts, food, drinks, and raffles, the foundation raised $3,125.83.

“I think he would be incredibly proud and happy that we’re doing something for the good for the sport that he loved so much," said Sherry Hodnett, Greg's wife.

The first Greg Hodnett Classic will be held at Port Royal Speedway July 6th. A 5k will also take place that morning.